MATIC price shows that investors are booking profit, which has resulted in a steep correction. Although a higher low hasn’t formed yet, the evolution of a lower low threatens a much steeper pullback for Polygon.

On the 12-hour chart, MATIC price is beginning to retrace after setting up two higher highs. The current sell-off seems to be due to investors booking profits after Polygon witnessed a 174% bull rally in under a week.

Although unlikely, if this profit-booking phenomenon snowballs, the demand zone extending from $0.557 to $0.483 will be the last line of defense for MATIC price. A dip into this area will allow investors whose orders weren’t filed during the first leg to ride the next wave.

Hence, investors should keep an eye for a roughly 26% retracement before Polygon price begins to rally to set up new highs at $0.971, coinciding with the 261.8% Fibonacci extension level. 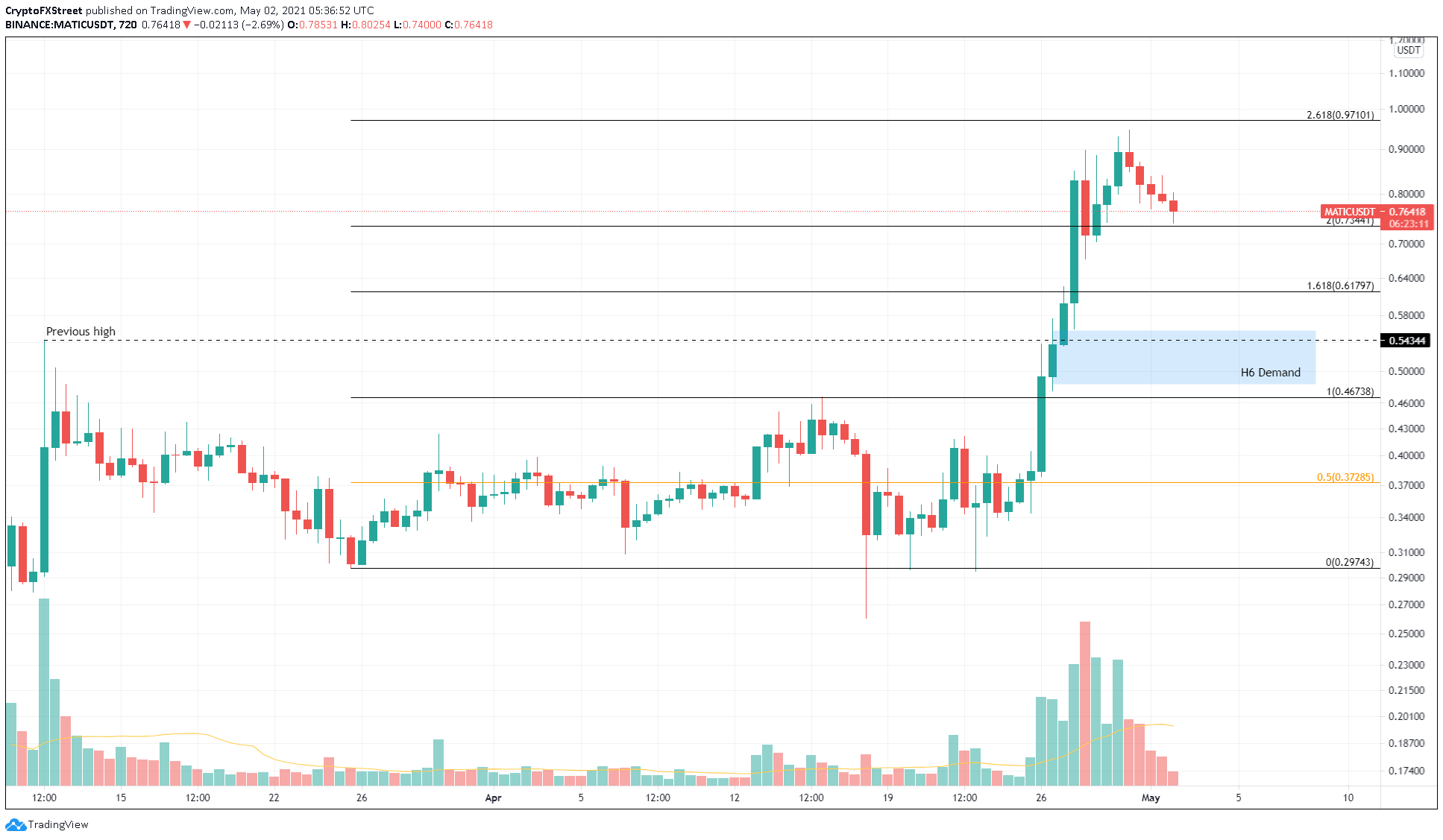 The corrective scenario mentioned above is not bearish since it gives buyers a chance to recuperate. However, if the demand barrier at $0.467 is breached, it will invalidate the bullish scenario and kickstart a 20% downswing to $0.372.

Get the 5 most predictable currency pairs
Previous ArticleXLM Price Prediction: Stellar sets up swing high but fails to turn bullish
Next Article EUR/USD Forecast May 3-7 – Euro slips as Germany continues to struggle