Bitcoin is attracting a lot of attention from large companies. According to the recent report published by the Fidelity Investments’ cryptocurrency department, almost 60% of the surveyed investors believe that digital assets have a place in a portfolio. Square, Stone Ridge, MicroStrategy, and the likes turn to Bitcoin to protect their assets from inflation, diversify portfolios, or get ready for an imminent money revolution.

JPMorgan, known for its critical approach towards digital assets, admitted that Bitcoin has a lot of potential. At the same time, the recent investments announced by large companies can be interpreted as a vote of confidence.

Whatever the motives behind their BTC investments, they signal that big business spotted the advantages of the new investment tool and now pivoting to it, paving way for the cryptocurrency mass adoption.

Bitcoin is a safe haven

Bitcoin is less vulnerable to the economic woes that may plague other asset classes in the nearest months and years, Fidelity states. They pointed out that digital assets investments allow hedging the risks associated with traditional investments and get exposure to non-traditional returns.

The careful and informed use of alternative investments in a diversified portfolio can reduce risk, lower volatility, and improve returns over the longterm, enhancing investors’ ability to meet their return outcomes.

The experts pointed out that Bitcoin is an easily accessible, liquid, and low-cost investment that can significantly enhance portfolio performance. According to the research, even 3% of Bitcoins in the investment portfolio would have increased the annual returns by over 4% from 2015 to 2020. 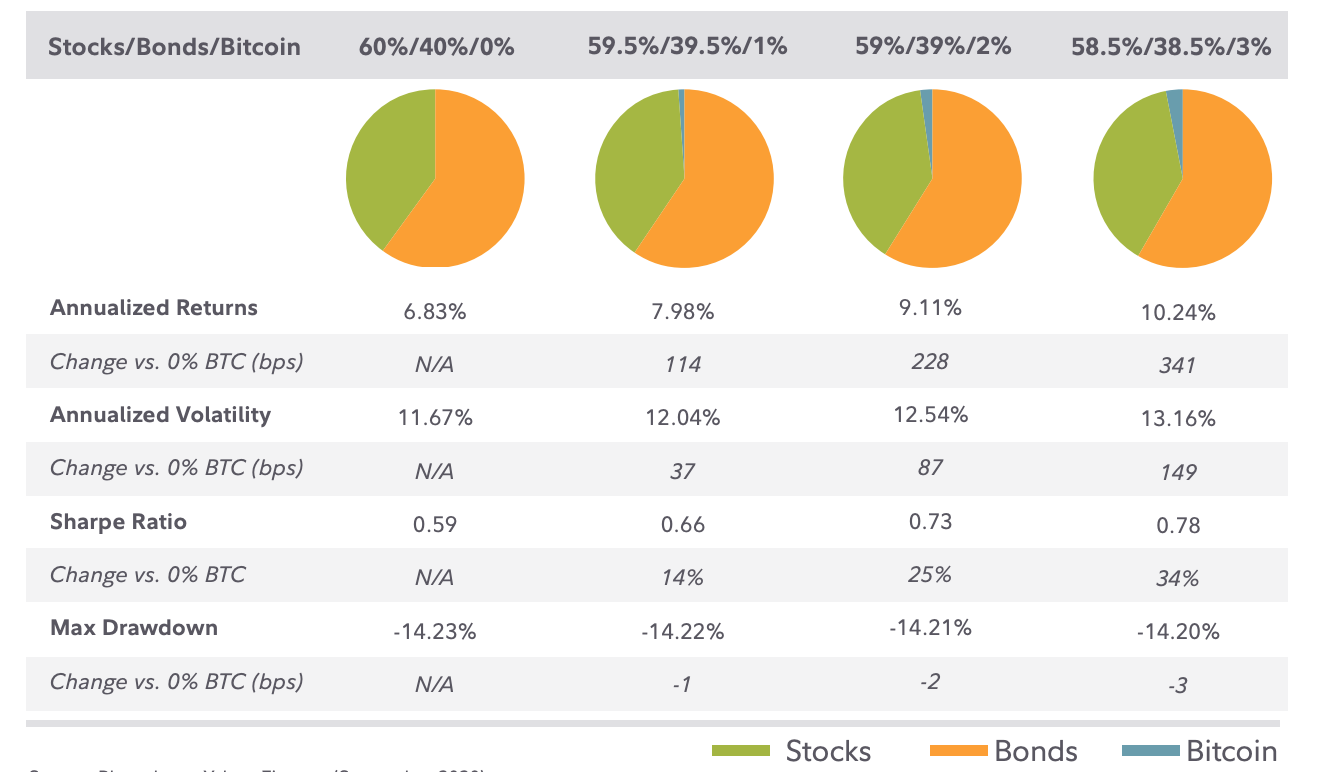 Meanwhile, the former hedge fund manager Raoul Pal believes that cryptocurrency is the only answer to what the global central banks are doing.

Speaking in the interview with Daniela Cambone of Stansberry Research, he explained:

I don’t dislike gold, but when you get to the macro opportunity … if bitcoin starts breaking out of these patterns that it’s been forming, it is going to massively outperform gold. I’m 100% sure of that, so in which case why would I have the gold allocation.

From the long-term perspective, BTC/USD is moving inside the range limited by $12,000 on the upside and $10,000 on the downside. The coin reversed from the channel support at the end of August and has been recovering slowly ever since.

While the price is moving towards the channel resistance at $12,000, only a sustainable move above this area will signal that the bullish trend is resumed and open up the way to the psychological 13,000 and $13,800 (the highest level of 2019). 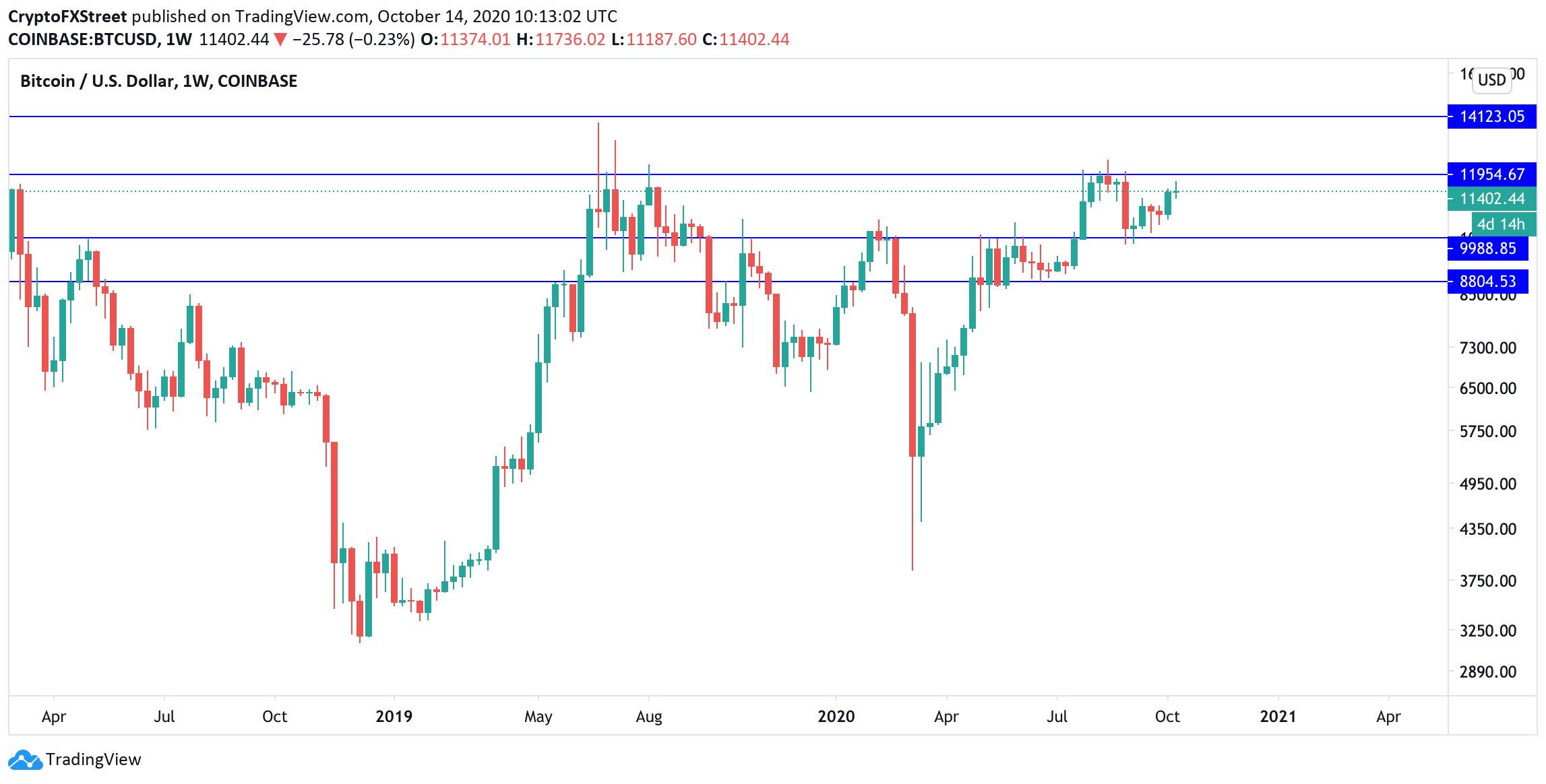 Meanwhile, Bitcoin’s market positioning implies that there is a big cluster of 1.48 million BTC addresses holding nearly 1 million coins with their breakeven point on the approach to $11,700. This barrier may slow down the recovery and even push the price towards the channel support. However, once it is cleared, nothing can stop BTC from a sustainable rally.

On the downside, the significant barrier comes at $10,700. The wall of 1.5 million addresses with over 1 million coins will protect their breakeven point and absorb the selling pressure. If it is passed, the sell-off may be extended towards $10,000.

Institutional money is flowing into Bitcoin. The trend is likely to gain traction in the nearest future. The technical picture implies BTC/USD needs to clear $12,000 to resume the recovery. Bitcoin is attracting a lot of attention from large companies. According to the recent report published by the Fidelity Investments' cryptocurrency department, almost 60% of the surveyed investors believe that digital assets have a place in a portfolio. Square, Stone Ridge, MicroStrategy, and the likes turn to Bitcoin to protect their assets from inflation, diversify portfolios, or get ready for an imminent money revolution. JPMorgan, known for its critical approach towards…