Latest
You are at:Home»Crypto News»NEO Price Analysis: NEO/USD enjoys a deep breath, after receiving a beating over the weekend, but bears may be looking to go into the kill anytime soon

The NEO price enjoyed a decent bounce off the lows produced on Sunday, which were seen at $28.62. On Monday, NEO/USD managed to recover back up to highs on in the session of $32.85, before running into resistance at the 38.2% Fibonacci.

NEO/USD had started dropping on Thursday 21st June, after it had completed at head and shoulders pattern, which saw a sell-off starting to pick up pace once the neckline support had been breached. The price had lost around 27% from 21st until 24th June, before recovering some 12%.

Technically, since the jump high over Sunday and Monday’s session, the price has started moving range-bound, understandably after going through some ride. Given the recent price behaviour, a rising wedge pattern can be seen on the 60-minute chart, near-term resistance at $33 and support seen at $31.45. 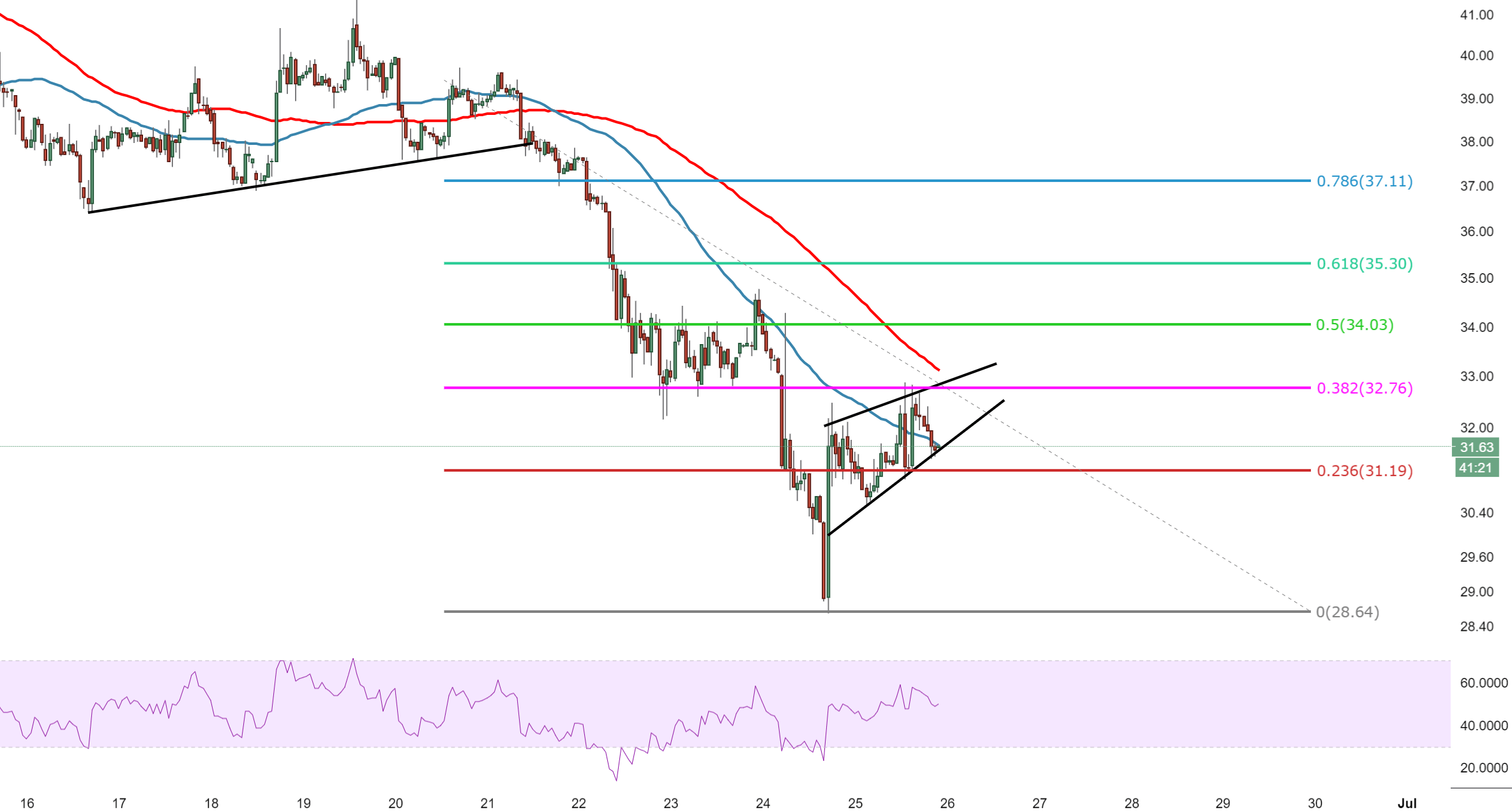