Do not underestimate the tortoise – EUR/USD has been a slow mover, but it is already 150-pips above October’s lows. The world’s most popular currency pair has not looked back after breaking above 1.10 early on Thursday.

What is driving the upswing? Optimism regarding US-Sino trade talks has been boosting market sentiment, pressuring the safe-haven US Dollar and Japanese Yen and supporting all other currencies. Chinese Vice Premier Liu He – who leads the delegation to Washington – has agreed to meet US President Donald Trump at 18:45 GMT. Markets are seeing this as a positive development that is indicating progress. Moreover, the president stated that the talks are going very well.

The world’s largest economies are discussing a currency pact to weaken the yuan and a Chinese commitment to buy more US agrifoods. On the American side, the US may be ready to lift some limitations from Huawei and refrain from new tariffs scheduled for next week. According to the latest reports, both sides are moving away from the most sensitive topics, such as forced transfer of technology and intellectual property. That has been Beijing’s stated aim earlier in the week – and Washington may go along despite Trump’s desire to see a comprehensive accord.

The Chinese delegation has been more cautious, and talks may still break down. It is essential to remember that earlier in the week. The US blacklisted 28 Chinese companies and limited visas for several Chinese officials. Moreover, the administration is still considering curbing Chinese investments. A new article in the New York Times – detailing some of these ideas – has served as a reminder of the delicate relations.

Trade headlines are set to dominate trading, and also Brexit talks are eyed. UK Prime Minister Boris Johnson and his Irish counterpart met on Thursday and announced that there is a pathway for a deal. GBP/USD surged, and the optimism also supports  the euro. The eurozone is also set to suffer in a no-deal scenario, and an accord is a positive development. The EU and the UK continue negotiating in Brussels.

Markets will also follow the preliminary read of Consumer Sentiment by the University of Michigan. Trade tensions have had a limited impact on consumer confidence, but any change may impact the Federal Reserve.

See  US Michigan Consumer Sentiment Preview: Concerns about the future are driving the decline in sentiment

Loretta Mester, President of the Cleveland branch of the Federal Reserve, expressed concerns about the weak investment. Mester is a hawk, and her worries raise the chances that the Fed cuts  rates  later this month. Eric Rosengren, her colleague at the Boston Fed, speaks later today.

In the old continent, no substantial  economic indicators  are due out today, but the row about the European Central Bank’s restart of its bond-buying scheme continues. Dovish members of the ECB have come out to defend President Mario Draghi’s decision after hawks have criticized the move. Both sides seem to be trying to impact the bank under Christine Lagarde, which takes over from Draghi on November 1. 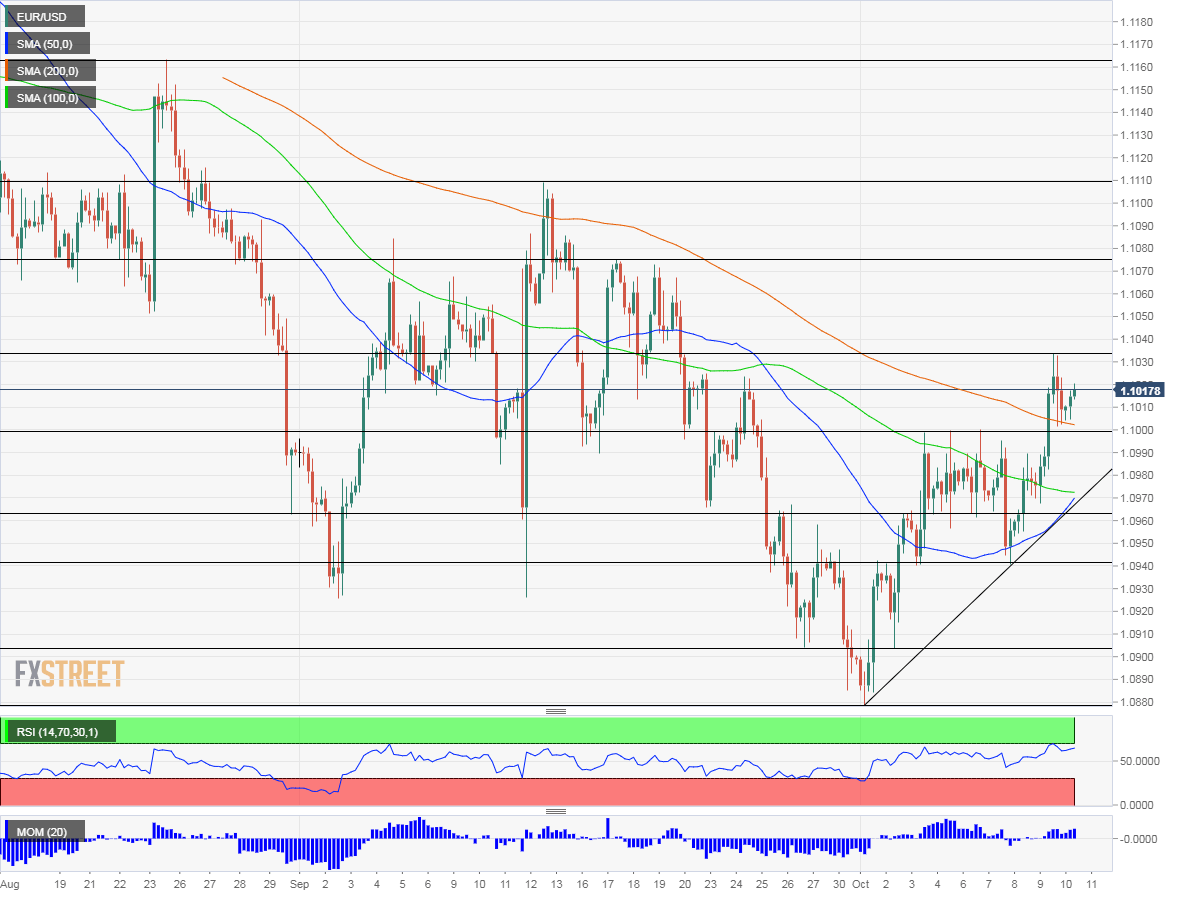 EUR/USD bulls are in control. The currency pair now tops the 50, 100, and 200 Simple Moving Averages on the four-hour  chart, momentum remains positive, and the Relative Strength Index (RSI) remains below the 70 level – thus not indicating overbought conditions. 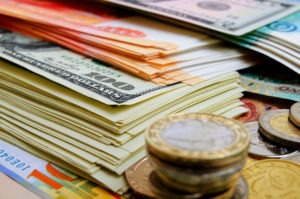 EUR/USD has extended its gradual advance amid optimism about trade and Brexit. Trade developments and US Consumer Sentiment are set to dominate trading. Friday's four-hour chart is showing that EUR/USD bulls are in control.   Do not underestimate the tortoise - EUR/USD has been a slow mover, but it is already 150-pips above October's lows. The world's most popular currency pair has not looked back after breaking above 1.10 early on Thursday. What is driving the upswing? Optimism regarding US-Sino trade talks has been boosting market sentiment, pressuring the safe-haven US Dollar and Japanese Yen and supporting all other currencies.…