Latest
You are at:Home»FXStreet News»NZD/USD Price Analysis: Bears have eyes on 50% mean reversion

Ahead of the Gross Domestic Product, NZD/USD is in bullish company, but the longterm outlook is not so rosy.

The following is a top-down analysis pre-data that illustrates where bulls will need to step cautiously no matter the outcome.

A bearish topping pattern could be in the making on the weekly chart. 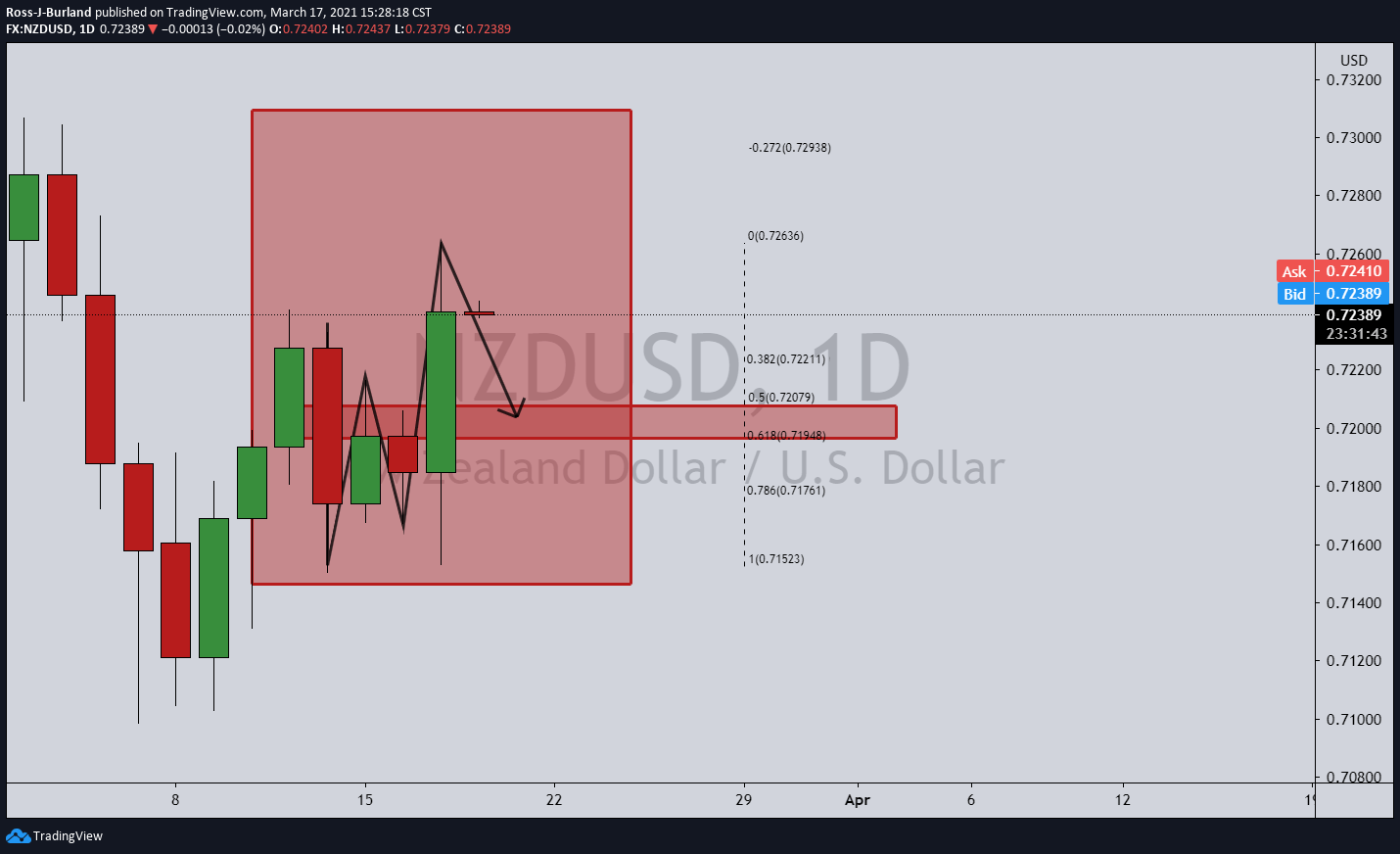 The W-formation is a bearish pattern and the 61.8% Fibo is a keen target to the downside as it meets prior resistance.

At least a 50% mean reversion can be expected at this juncture.

Meanwhile, the data event has the above levels as targets depending on the outcome.

However, following the Federal Reserve, there is some correction required following such a large move in the US dollar and a 50% mean reversion aligns with the prior resistance structure.