The weekly forecast for the NZD/USD pair is strongly bearish after it posted a fresh multi-month low amid prevailing risk-off sentiment, Delta variant cases in the country and Fed tapering.

The NZD/USD pair started the week positively from 0.7038 but could not hold on to the previous week’s gains and fell to the fresh yearly lows near the 0.6800 area. The week closed at 0.6830, with a net loss of 208 pips after a slight gain on Friday.

July’s FOMC meeting minutes released on Wednesday stated the Fed’s plan to curtail the asset purchase program by the end of the year. They also showed the intent to raise the rates, but the timeline for the rate hike is not clear. Although divided as the concerns for inflationary pressure, slow recovery and unemployment still hovering around the heads. Moreover, the spread of Delta variants worldwide can keep the Fed a little cool to hike the rates.

The New Zealand dollar plunged this week as the first Delta variant case was found in Auckland, which resulted in the immediate lockdown. Later, few more cases were found in Wellington as well. However, it is estimated that the infection will see a rise in the country, and as a result, economic recovery will be slowed down.

Is Jackson Hole really worth all the hype?

In the past, investors have viewed the Federal Reserve as a convenient reason to announce economic strangulation. As a result, past economic symposiums have often served as a venue to showcase key policy developments.

The Fed has been swaying right, left, and center lately, which has led to increased concerns about how the markets will be treated during the event on August 26-28. The minutes of the July FOMC meeting showed the policymakers were split over the timing and pace of the reduction even though they agreed that a cap needed to be implemented quickly.

The NZD/USD pair pierced below the key 20 and 50 days moving averages. Meanwhile, the pair remained capped by 100 and 200 days moving averages last week. The pair has plummeted towards the 0.6800 area with the rising volume. The Friday was seen as a breather as the pair recovered 20-30 pips. However, the volume was too low, which means that the market participants are not yet ready to enter long positions. 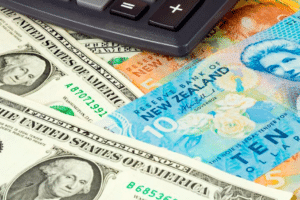 NZD/USD pair plummeted this week as risk sentiment remained deteriorated. FOMC meeting minutes and COVID in NZ put more weight on the Kiwi. RBNZ refrained from increasing the OCR that further fueled the bears. Next week, the entire focus of the market lies on Jackson Hole Symposium. The weekly forecast for the NZD/USD pair is strongly bearish after it posted a fresh multi-month low amid prevailing risk-off sentiment, Delta variant cases in the country and Fed tapering. –Are you interested to learn more about low spread forex brokers? Check our detailed guide- The NZD/USD pair started the week positively from…

Ali B.1 year
Scroll Up
We use cookies to ensure that we give you the best experience on our website. If you continue to use this site we will assume that you are happy with it.Ok