Latest
You are at:Home»FXStreet News»Oil Price Analysis: After yesterday’s JMMC meeting WTI settles near $40 per barrel

WTI has been through a rollercoaster this week. The liquid gold has been in a downtrend leading into the OPEC+ JMMC meeting and then reversed the whole move. At the meeting the group agreed to extend the compensation period for overproduction till the end of December. This means the output cuts will remain in place till December. Interestingly the  Saudi Arabia’s energy minister went on the offensive, warning traders against heavily betting in the oil market, promising that those who gamble on prices will be hurt “like hell.”. Make of that what you will.

Moving forward, if the red support breaks there could be a move to the black support line near USD 39.50 per barrel but as the recent news has been positive, there could be a bounce at these support levels to the upside.

The indicators had been positive and are in a retracement phase. The Relative Strength Index is making a bullish failure swing pattern. This is when the price waves make a higher low and the indicators waves make a lower low. It is normally a trend continuation pattern and for confirmation look for a break of USD 41.59 per barrel. 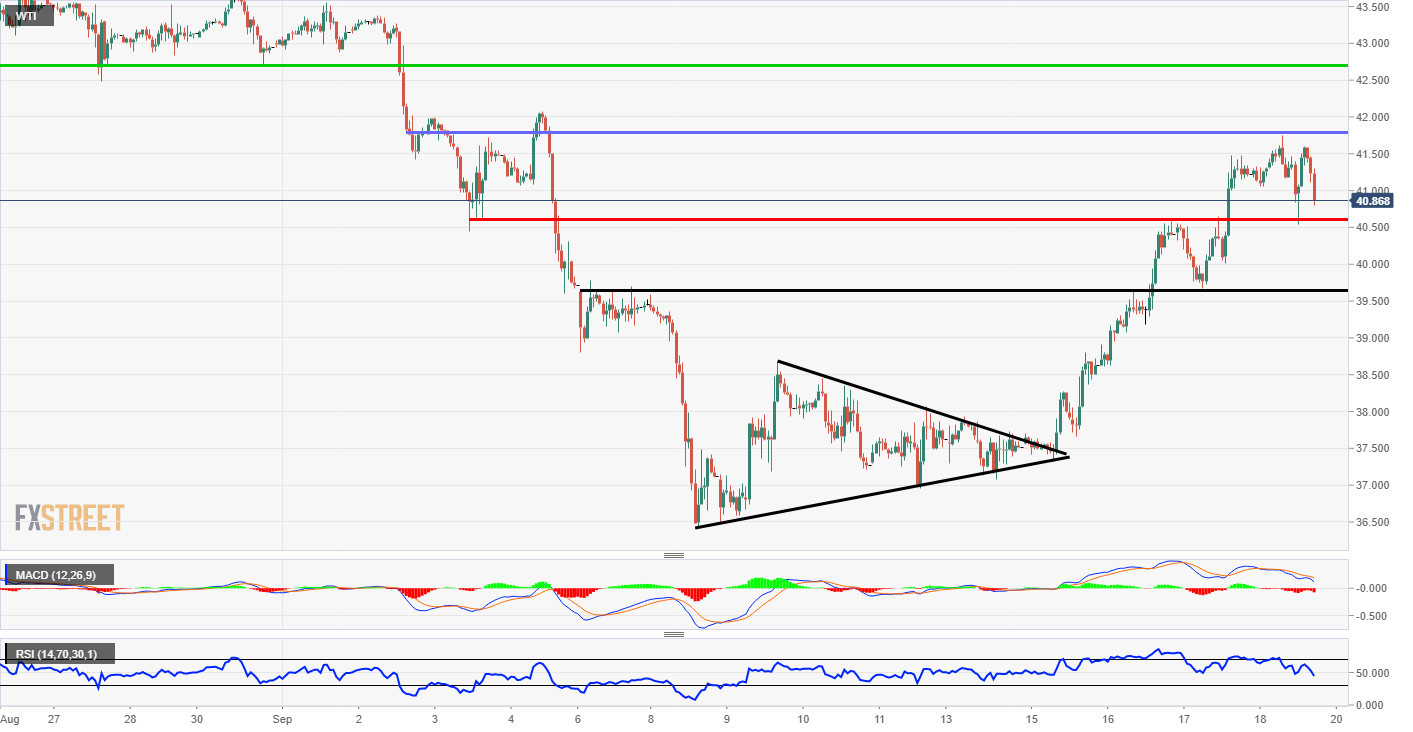