There has been a slew of comments ahead of the OPEC JMMC meeting on Wednesday with the latest reports suggesting the cartel may keep an 842k barrel per day cut in August and September. This would be considered due to some members who did not fully comply with the OPEC+ cut arrangement. The finalisation of these cuts will be outlined on Wednesday at the JMMC meeting.

Elsewhere here are some of the key headlines from the OPEC report earlier in the session:

In an initial reaction, WTI prices shot up to reach USD 40.19 per barrel on Tuesday. This is a 2.25% increase on the session and interesting as earlier on in the day prices were struggling down at USD 38.70 per barrel. The top of the pattern on the chart below could be tested and if it is broken then the highs at USD 40.39 could be next. That would also mean a break of the recent range highs. Overall it seems this uptrend is still intact for now. 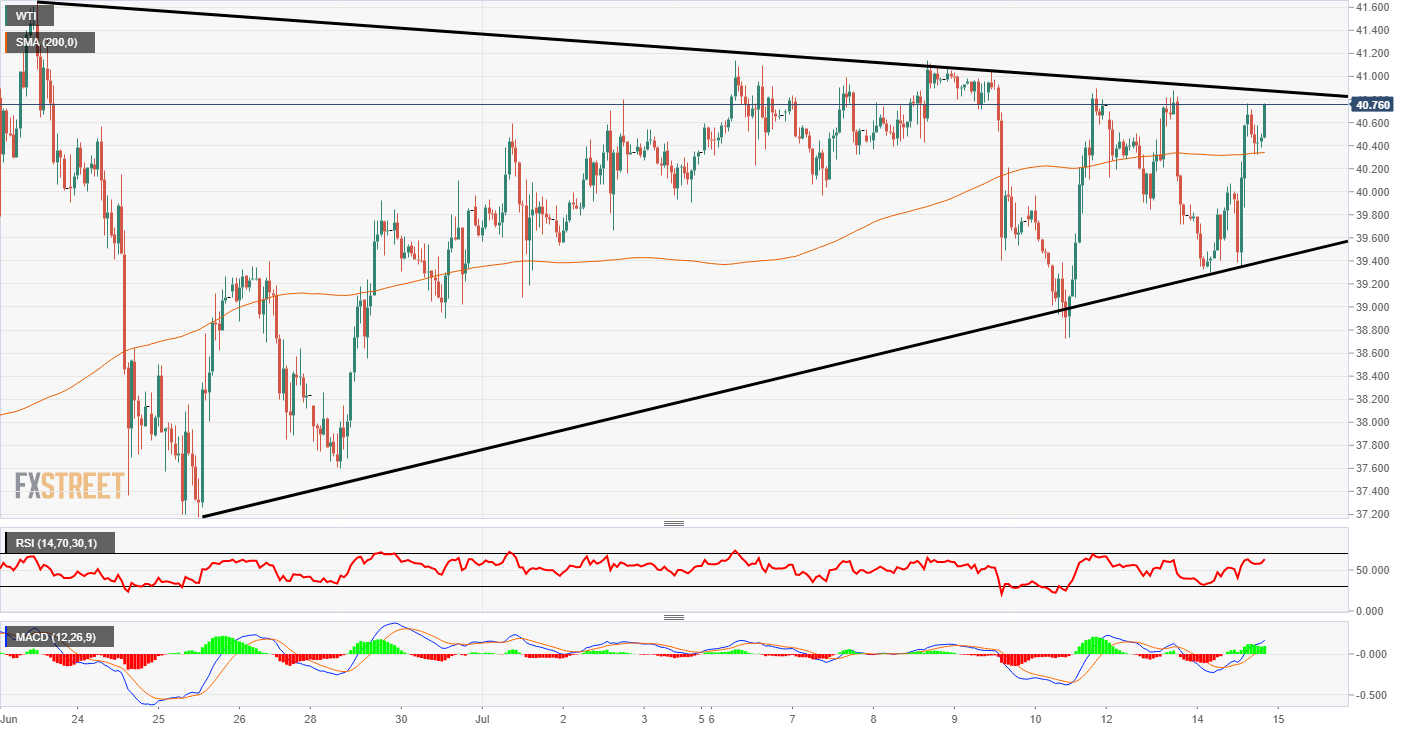 Get the 5 most predictable currency pairs
Previous ArticleEUR/USD Price Analysis: Bulls seeking a break of top side critical structure
Next Article Wall Street Close: Bulls clinch onto bullish territory by the tops of their hooves