Latest
You are at:Home»Forex News»Pints cheer the pound, dollar unable to fight back, 1.40 eyed

Back to the bar – or the pub in England’s case – on April 12. Prime Minister Boris Johnson has announced that the next phase of the reopening “is a go” and apart from watering holes, gyms, hairdressers and other types of businesses will also return to normal. The move has come after as Britain’s vaccination campaign is bearing fruit – COVID-19 cases continue falling, contrary to what is happening next door on the continent.

With France, Germany, and Italy under lockdowns and struggling with another wave of the disease, the British government is also hesitant on resuming international travel. That means that Brits will continue spending money at home rather than abroad, adding another boost to the economy and the pound. Overall, there are reasons to be cheerful about sterling.

On the other side of the pond, the picture for the dollar is more nuanced. The world’s largest economy is growing at a rapid clip, as demonstrated by the ISM Services Purchasing Managers’ Index which hit 63.7, its highest on record. That comes on top of a near one million jobs gain reported on Friday.

On the other hand, the risk-on mood in markets is pushing investors out of the safe-haven dollar and into other assets. Perhaps the most significant factor moving forward is President Joe Biden’s infrastructure plan. Democrats will have to go it alone, and once again, Senator Joe Manchin has the last word. The conservative member from West Virginia rejects a 28% corporate tax rate but is ready to settle for 25%.

All in all, the picture for the US economy is bright, but mixed for the dollar, while sterling is set to shine. 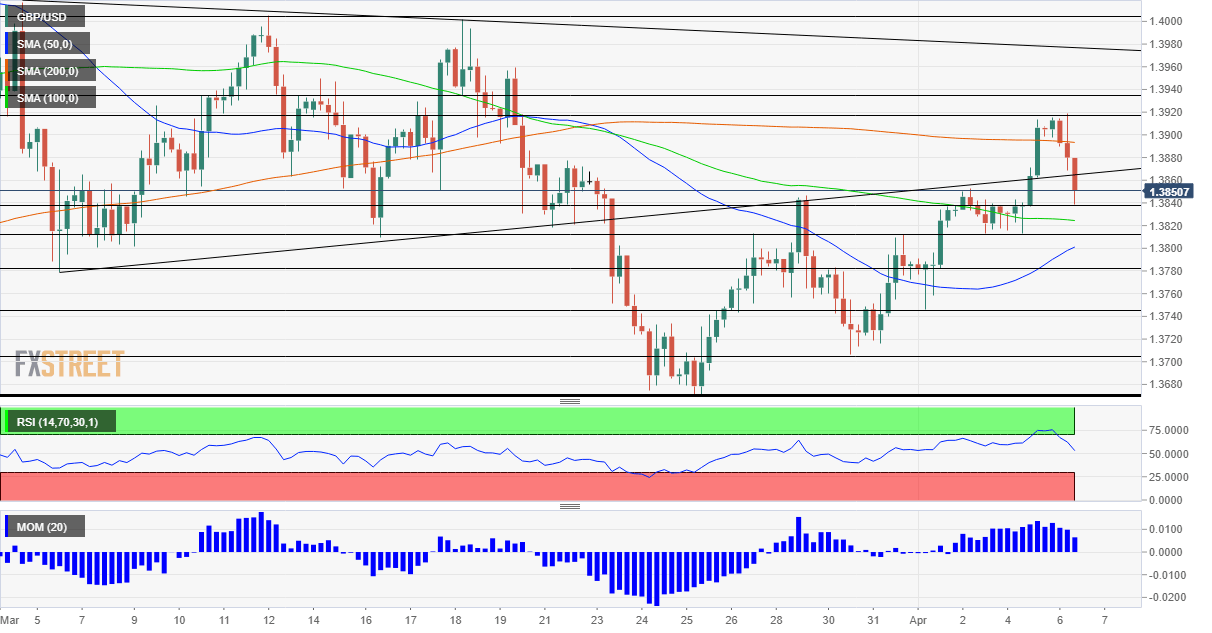 The four-hour chart is showing a gradual uptrend, supported by upside momentum. The Relative Strength Index has dropped below 70, exiting overbought conditions and while cable slipped below the 200 Simple Moving Average, it is holding above the 100 and 200 SMAs.

Get the 5 most predictable currency pairs
Previous ArticleEUR/USD flirts with daily highs around 1.1820
Next Article EUR/GBP rallies to one-week tops, inches closer to mid-0.8500s