Even with the Reserve Bank of Australia, the Bank of Canada, and the European Central Bank meeting last week, the focus on central bank policy actions does not slow down in the week ahead, with the Bank of Japan, Bank of England, and Federal Reserve all meeting this week.

Of the three central banks to meet last week, the ECB produced the most fireworks, whipsawing participants as rapidly shifting expectations produced frantic trading as the market tried to hammer out an equilibrium.   Though Friday did register calmer trading in the euro, we would expect continued adjustments in the week ahead as market participants digest the ramifications of last week’s surprise and how it will influence price action in the coming months.   The statement from Mario Draghi which spooked market participants was that current policy rates are likely the floor, which the market responded to in a much more dramatic fashion then when he had made that statement previously.   Although Draghi signaled that should additional monetary policy stimulus be required, an expansion of the quantitative easing program would be preferred over adjusting policy rates lower.   Though the situation is different than in Japan, the market’s reaction to Draghi’s actions is eerily similar to the outcome when the Bank of Japan surprised markets with their foray into negative interest rates.   The resulting short-squeeze in the euro after Draghi referenced current policy rates at a floor level may be a result of market participants losing faith in the central bank to continue to provide stimulus to jump start the economy like in Japan, or the realization that monetary policy is exhibiting diminishing marginal rates of return.   The worry for those corporates that are naturally short euro in the course of their operations is that we see a situation similar to the environment after the last Bank of Japan meeting, and see a continued short-covering that pushes the common-currency higher against the greenback.

Speaking of Japan, the BoJ meets early this week, and although there is the potential for further interest rate cuts to tweak monetary policy to the more aggressive side, it is likely too early for the BoJ to alter policy given their statements at the G20 and the upgraded assessment of fourth quarter growth.   While you can’t rule out Governor Kuroda utilizing shock and awe to get the most bang out of his policy actions, the higher probability from the BoJ this week is no change to their current monetary policy regime.   Likewise, the Federal Reserve is expected to be on hold at their meeting midweek, as referenced by comments from members on the board with concerns about tightening financial conditions.   That being said, the stabilization in global capital markets since the start of the year may allow the Fed to upgrade their assessment on overall economic conditions, along with highlighting a consistent progression of inflation closer to the Fed’s target rate.   While market participants are expecting close to zero chance the Fed boosts interest rates at this meeting, the updated summary of economic projections and Yellen’s press conference will be the key areas that participants will be deciphering, and the most influential on the American buck.   Inflation expectations as measured by the firming of the 10-year breakeven should provide the Fed with confidence that as the labour market continues to absorb slack inflation will constructively move in the right direction for the Fed; however, even with what has the potential to be a relatively optimistic assessment of the labour market and inflation expectations, it is also likely the Fed’s interest rate dot plot is dialed back from the assessment in December.   While there is the potential to see a dot plot forecast drop from one consistent with four rate hike to either two or three, that would bring the Fed’s expectations closer to what we would consider our base case scenario (two) along with helping interest rates firm up and align the market closer to the Fed’s expectations.   Currently interest rate futures are pricing in a roughly 40% chance of a rate hike in June, but there is likely more room to see those expectations perk up post-FOMC.

The Canadian dollar has continued its relentless ascent against the greenback, with oil prices and an up-tick in risk appetite trumping other concerns.   While we have highlighted previously the widening in interest rate differentials between US and Canadian debt signals the loonie is currently at overbought levels, the resurgence in a correlation towards oil will likely remain a focal point for market participants in the short-term, until the spread differentials exert the pull it tends to have on a long-term timeframe.   The landscape for CAD bulls at these levels is littered with landmines, though we would highlight the falling knife that is USDCAD continues to slice through support levels like hot butter.   The relatively optimistic tone from Poloz and the Bank of Canada last week was somewhat surprising, especially considering the strengthening of the Canadian dollar in recent weeks doesn’t seem to perturb the central bank governor.   In reality, the strengthening of the CAD will likely act as a headwind for the non-energy export sector at a time when green-shoots are beginning to emerge, and is worrisome given the labour market is showing signs of a struggle to reach acceleration.   Friday’semployment report for February was horrendous, with a loss of close to 52k full-time jobs while the unemployment rate ticked back up to 7.3%.   We have previously highlighted a rotation away from consumer spending and into business investment is likely the elixir for sustained growth in Canada, though if retail spending falls off a cliff before support from business investment can cushion the blow, the Canadian economy might be in for a slower than expected start to the first half of 2016.   While economists are expecting to see a rebound for retail sales in January after a horrific December print, another softer than expected report would draw concern that consumer fatigue is setting in, which combined with a mediocre labour market isn’t necessarily all roses for the Canadian economy.

We had previously highlighted the technical picture for WTI has become more constructive in recent weeks, with the break of $35 confirming a double-bottom formation was in place and signalling a run into the $40-42 region was likely from a technical perspective.   While we still believe technical factors can push WTI higher from current levels, the lack of fundamental progression should rein in longer-term participants and investors from getting too bullish in the immediate future.   It appears as if the likelihood of any agreement for a production freeze between OPEC and non-OPEC producers in March is too optimistic given Iran’s stance and their recent return to international markets free of sanctions.   Comments over the weekend suggest that Tehran would like to increase daily production by close to 1mln barrels before entertaining the idea of freezes, so even with Russia and the Kingdom producing at close to record levels, there is still additional supply that can come to market.   Also interesting is the fact that the Brent futures curve has flattened in recent months, with the spread between near term delivery and 2020 delivery dropping dramatically.   The flattening on the futures curve suggests that oil producers are taking advantage of the rally in prices to hedge out production into 2017, 2018, and 2019, effectively indicating a lack of confidence the current commodity rally will continue.   Therefore, technicians that are chasing momentum in the oil market may have the ability to push prices higher in the short-term, but until the fundamentals show better alignment, the recent push higher appears frothy.

AUDUSD: Flat correction in the making 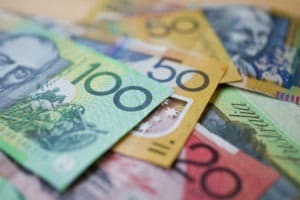 Can the BOJ weaken the yen?

Even with the Reserve Bank of Australia, the Bank of Canada, and the European Central Bank meeting last week, the focus on central bank policy actions does not slow down in the week ahead, with the Bank of Japan, Bank of England, and Federal Reserve all meeting this week. Of the three central banks to meet last week, the ECB produced the most fireworks, whipsawing participants as rapidly shifting expectations produced frantic trading as the market tried to hammer out an equilibrium.   Though Friday did register calmer trading in the euro, we would expect continued adjustments in the week…