Latest
You are at:Home»Crypto News»Polkadot Price Forecast: DOT readies for a massive liftoff to $6

Polkadot has retreated 13% from the recently traded December high at $5.6. Support appears to have been formed at $4.8, allowing bulls to control the price again. In the meantime, recovery is underway and is likely to catapult DOT to highs around $6.

At the time of writing, DOT is trading at $5 while dealing with the resistance at the 50 Simple Moving Average on the 4-hour chart. A break above the immediate resistance is likely to boost the token above the 100 SMA currently at $5.2.

Polkadot is also testing the ascending parallel channel’s upper boundary. If the resistance is broken, DOT/USD is likely to embark on a majestic rally to $6. Moreover, stepping above the recent high, at $5.6, would add credibility to the uptrend. 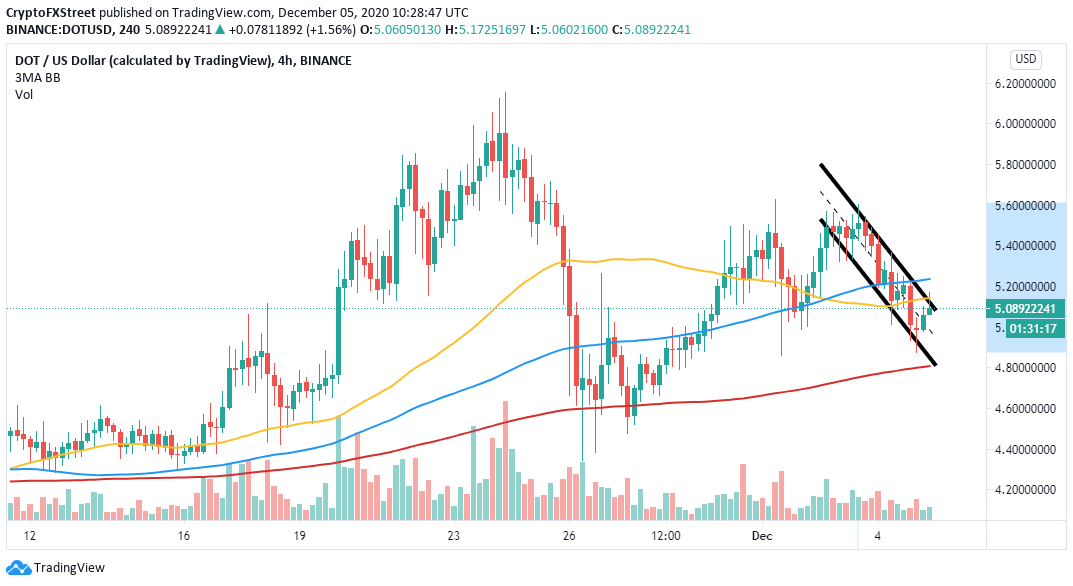 The Relative Strength Index has also confirmed the bullish outlook as it recovers towards the midline. A consistent move to the overbought area would call for more buy orders as well.

On the downside, the TD Sequential indicator is likely to present a sell signal on the weekly chart in the next few days. If the call to sell is validated, the bullish outlook may be sabotaged. An increase in selling might see DOT delay recovery or dive to the recent support at $4.8.