In the face of central bank quantitative easing and resulting currency debasement, 2020 has turned into a modern-day gold rush. Investors are flocking to gold, Bitcoin, and other hard assets to hedge against the damage the ongoing COVID19 crisis has done to the economy and the overall monetary system.

While physical gold bars have been in high demand, prompting prices to rise to a new all-time record of $2,000 a troy ounce, investors have also increasingly begun to look toward the first-ever cryptocurrency, Bitcoin, to act as a hedge against any coming hyperinflation.

But which of the two assets is the better choice for investors who seek a safe haven outside of the traditional financial system that could suffer continued fallout from the pandemic and the path of devastation it leaves in its wake? To answer this, PrimeXBT analyst Kim Chua – a former intuitional trader and market analysis educator – has provided detailed analysis to determine which has had a better track record of success and where investors will be best served if they place their capital.

To begin, we’ll backtrack to where the velocity of the two asset’s uptrends began to pick up in pace: post-Black Thursday.

On that fateful day, Bitcoin collapsed from $8,000 to $3,500, representing more than 50% drop on emerging COVID19 fears. At the same time, gold fell a mere 13.72% from $1700 to $1450. This data alone would imply that gold is the better choice for investors that value stability and a solid night’s sleep. On the other hand, Bitcoin’s wild volatility can be a nightmare for investors that haven’t experienced it for themselves, especially if gold is their barometer for market movements. But zooming out, Bitcoin’s performance far exceeds gold’s over the last decade.

And despite having crashed 50% in March, Bitcoin rebounded swiftly within a week and is now up considerably more than gold in year-to-date performance. Gold, after reaching a new all-time high, has 27% growth on the year to show for it.

During the same timeframe, Bitcoin is up well over 65% – more than double the return over gold. Looking back further to just 2016 alone, gold has only doubled in value, while Bitcoin has increased a whopping 28 times over.

The chief reason for Bitcoin faring so much better than gold is due to the asset’s fixed supply. Gold also has a scarce, limited supply, making it what’s considered to be a “hard” asset, but there’s no telling how much is hidden within the Earth’s crust, in outer space, and technological advancement can more quickly mine gold from the ground.

Meanwhile, Bitcoin’s mathematical design is hardcoded so that no more than 21 million BTC can ever exist, no new coins can be created, and not all are in circulation yet.

As gold prices increase, miners are incentivized to improve exploration and extraction techniques to produce greater yields and more profits. However, this has a side effect of increasing the gold supply, catching up with demand, and stabilizing prices.

Eventually, supply outweighs demand, and gold valuations fall until something economically re-ignites the market cycle again. Bitcoin, on the other hand, cannot be produced any faster, nor can more ever be created beyond the 21 million caps. When demand rises, supply can never increase, causing valuations to skyrocket instead.

This mechanic and design have kept Bitcoin climbing in the face of gold throughout most of its history. Making matters worse for the gold supply, an asteroid was discovered by NASA that is filled with the precious metal, doing severe damage to its rarity if ever extracted.

Bitcoin’s Decade Of Growth Steals The Glimmer From Gold

Gold has long been the de-facto safe haven asset historically, but since Bitcoin’s arrival, savvy investors began to acquire the cryptocurrency for similar reasons, as well as diversify away from traditional investments.

When Bitcoin began outperforming gold, more and more investors decided to hold Bitcoin instead of gold. The two assets are often very closely compared, with Bitcoin acting as the digital counterpart to the physical precious metal. Significantly more people own gold due to its use over the centuries; however, Bitcoin is becoming increasingly popular in the digital age and with millennials.

Bitcoin is far more divisible than gold, more convenient to store, cannot be counterfeited, and much more. Still, traditional bankers prefer gold over Bitcoin due to its long history as a reserve asset, and how it has survived many generations of economic crisis and monetary system changes. Many gold bugs believe gold is the only “real money” as currencies like the dollar were one time pegged to gold. The asset has been long considered the “gold” standard in terms of monetary policy and has never failed in this role. But with Bitcoin beating gold at its own game, a new champion currency may have emerged.

Proponents on both sides of the coin have valid reasons for believing in each asset, but empirical evidence has shown that Bitcoin has outperformed the precious metal ever since it came into existence, and it is likely to continue to do so.

The most transparent way to compare the price action of the two hard, safe-haven assets is by looking at the XAU/BTC price chart. The trading pair plots the progress of Bitcoin priced in an ounce of gold. Gold has underperformed Bitcoin from the moment it came into existence, and the cryptocurrency has rarely looked back.

The XAU/BTC pair has been in a downtrend since 2011, and although it slowed down in Bitcoin’s bear market in 2018 and 2019 while gold began to build the foundation for its uptrend, Bitcoin is ready to rip once again.

Prepare For Hyperinflation From Quantitative Easing With PrimeXBT

Over time, Bitcoin investors have had a far more substantial ROI over those who have held gold. Gold has a market cap of over $10 trillion, while Bitcoin’s is just over $200 billion. If Bitcoin were to grow to that same market cap, the cost per BTC would reach closer to Bitcoin price predictions of $500,000 due to the asset’s extremely limited supply.

Even after ten years of over performance, Bitcoin could 50x from here, while gold is predicted to at most double or triple in value from current prices within the same time period. Reaching such prices may sound impossible in Bitcoin, but given the global monetary supply of around $95 trillion and the asset potentially replacing the dollar as the global reserve currency, the numbers are reasonably achievable.

Owning Bitcoin over gold has been a better investment in the last ten years and will only continue. Investors stuck choosing between the two may want to consider the stronger of the two options in terms of ROI and track record. Gold bugs should also consider Bitcoin, given its similarities and added benefits beyond what the precious metal can offer.

Both gold trading and Bitcoin derivatives are available on the award-winning PrimeXBT, where investors can build a diverse trading portfolio that includes both safe haven assets. Users can also buy Bitcoin directly using a third-party plugin in the PrimeXBT account dashboard and ensure they don’t miss Bitcoin’s next bull run, in the face of quantitative easing and taking the crown from gold for the best performing safe haven asset. 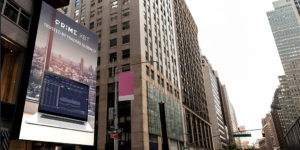 In the face of central bank quantitative easing and resulting currency debasement, 2020 has turned into a modern-day gold rush. Investors are flocking to gold, Bitcoin, and other hard assets to hedge against the damage the ongoing COVID19 crisis has done to the economy and the overall monetary system. While physical gold bars have been in high demand, prompting prices to rise to a new all-time record of $2,000 a troy ounce, investors have also increasingly begun to look toward the first-ever cryptocurrency, Bitcoin, to act as a hedge against any coming hyperinflation. But which of the two assets is…

Olimpiu Tuns2 years
Scroll Up
We use cookies to ensure that we give you the best experience on our website. If you continue to use this site we will assume that you are happy with it.Ok