At their August 3 monetary policy meeting, Reserve Bank of Australia (RBA) board members kept the official cash rate (OCR) at a record low of 0.10 %. The central bank stated it would continue to decrease its bond-buying program.

Next up is the RBA monetary policy statement on August 6, 2021. The statement will discuss the latest quarterly outlook on the economy.

A little background of RBA

The RBA was expected to decrease interest rates in May, but they remained steady; however, they cut them by 25bps (basis points) in June. The RBA did so again in July, bringing them to 1.00 %.

They did, however, signal to markets that they would follow the FED, which had cut rates in the previous two meetings. The RBA did the same in September, cutting rates to 0.75 %, but they have stayed unchanged since then.

Many investors predicted that the RBA would not reduce the weekly asset purchase. However, the reverse occurred, and the RBA maintained its goal of reducing weekly purchases to billion dollars per week at least until September.

–Are you interested to learn more about automated forex trading? Check our detailed guide-

What now for Australian Dollar and RBA?

Economists predict the September-quarter national accounts to reflect a drop in GDP as a result of the lockdowns that have impacted Greater Sydney, Queensland, Victoria, and South Australia over the previous two months.

While the national economic recovery has been stronger than expected, RBA governor Philip Lowe said that the recent lockdowns would likely decline September quarter’s GDP.

“The experience to date has been that once virus outbreaks are contained, the economy bounces back quickly. Prior to the current virus outbreaks, the Australian economy had considerable momentum, and it is still expected to grow strongly again next year,” Philip Lowe said.

The economic picture for the future months is unpredictable, and it is dependent on how the health situation evolves and what actions are implemented to contain it.

The RBA promised to gradually decrease its quantitative easing program at its most recent meeting in early July when the NSW government anticipated terminating the lockdown by the end of the month.

Some analysts believe that stimulus will need to be increased again given the altered circumstances confronting the economy now that NSW’s lockdown has been extended until the end of August and other states have imposed restrictions. We can expect an increase in stimulus in RBA August 6 meeting.

Dr Lowe stated that the core scenario for the bank was for the economy to rise “a little more than 4%” in 2022 and then 2.5% in 2023. That scenario assumes that a large portion of the population has been vaccinated by the end of the year. In addition, the international border will be gradually opened beginning in the middle of next year.

He predicted that any increase in wage growth, which the RBA believes should be over 3% to help push inflation to its target range of 2% to 3%, would be slow.

“In the bank’s central scenario, it takes some years for the stronger economy to feed through into wage and price increases that are consistent with the inflation target,” he said.

Separate figures from the Australian Bureau of Statistics showed that the dwelling building market was beginning to cool after being bolstered by low mortgage rates and government assistance programs during the pandemic’s peak.

The increased frequency of lockdowns and the rate of vaccines will slow things down now, considerably reducing economic activity.

If the lockdowns continue, we may witness a negative GDP quarter in September. As a result, the economy may require additional support, which will reduce the impetus for interest rate hikes.

The RBA’s monetary policy statement assesses the risks to its long-run aims of price stability and sustainable economic growth by reviewing economic and financial conditions.

It is regarded as a clear pointer to the RBA’s future interest rate policy. Any modifications to this report have an impact on the AUD volatility.

On the August 6 statement, if the RBA gives a hawkish perspective in its monetary policy statement, then it’ll be beneficial for the Aussie.

On the other hand, if the RBA gives a dovish outlook, it’ll be seen as bearish and will dent the AUD. 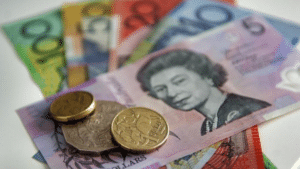 At their August 3 monetary policy meeting, Reserve Bank of Australia (RBA) board members kept the official cash rate (OCR) at a record low of 0.10 %. The central bank stated it would continue to decrease its bond-buying program.   The RBA would continue to buy government securities at a $5 billion per week rate until early September, then at a $4 billion per week rate until at least mid-November. Next up is the RBA monetary policy statement on August 6, 2021. The statement will discuss the latest quarterly outlook on the economy.   A little background of RBA The…