Reacting to news in Forex trading

The Forex market is the fastest moving on the planet. In contrast to stock trading, where the biggest winners focus on long-term goals, Forex offers ample opportunity for amassing large profits through short-term trades. But those trades can depend on fluctuations lasting only a few minutes. It’s important to pay attention.

But what do you pay attention to? And how should you react?

The effect of news

Currency markets are highly reactive to economic announcements. Following the surprise announcement in September that the Federal Reserve would not be tapering off their quantitative easing program, the dollar crashed dramatically. This signal that the U.S. economy was still on life support sent traders running to stronger currencies like GBP where signs were more positive, causing a major breakout on the GBP/USD pair.

This took many traders by surprise – the announcement had been trailed for weeks with tapering expected as a foregone conclusion.

Fluctuations like these based on news events are not uncommon. Most announcements have a lesser effect, but they will invariably have an effect and present an opportunity for profit given the right timing.

There are usually seven or more economic announcements on any given day in the major currencies. For part-time traders, it’s important to know which ones to pay attention to when they’re being made, and choose which ones to trade on. The most important announcements will be marked in red on economic calendars and will usually be those made by governments and big banks. The biggest news comes from the U.S., as the majority of currency trades are pegged to the dollar, with UK announcements almost as important due to more Forex trading occurring in London than anywhere else.

Following an announcement, currencies will typically fluctuate in a seemingly random fashion for 60-120 seconds before moving more decisively. Trends only become evident over relatively longer periods, with market effects of an announcement lasting anywhere between two and four days (according to a study by Martin D. D. Evans and Richard K Lyons published in 2004) but there will be many up and down-swings within those days, lasting hours or even minutes.

Trading on news is known as a ‘fundamental speed’ strategy, colloquially referred to as a ‘duck and jab’ approach to Forex investing. It contrasts with a longer view strategy based on examining underlying economies by aiming to take advantage of market volatility, typically triggered by the economic news of the day.

The trick is to look for periods of consolidation – short-term fluctuations before or just after an announcement – and trade on the breakout: when currency values extend beyond their usual oscillations i.e. become worth more or less than their usual trading range.

Discipline is important here. Although short-term trades offer tremendous opportunity, it’s very easy to get swept up in rapid market movements and lose your head.

Set a trading schedule. Forex markets are open 24 hours a day, 5 days a week. You can’t stay awake that long, so you need to pick the times when you do trade. The most volatile periods – and therefore potentially most profitable – occur when more than one of the major markets are open simultaneously. The hours when London and New York are both trading are the most action-packed.

Set a time limit on trades. This helps minimise your risk. Currencies will continue to fluctuate in the wake of news. Setting a limit on how long you’ll carry out a trade helps stop you chasing potentially disastrous hunches about where the market will move next in the short-term.

Short term trading is fundamentally high-risk. To minimise this, consider using stop orders. Stop orders set pre-defined conditions on when to make a trade i.e. when the value of a currency pair reaches a certain level, up or down depending on the order, a payout is made. If this is not reached within the specified time frame, the order expires.

Although they can limit profits as well as loss, they remove a lot of the uncertainty. They are also extremely useful for when announcements fall outside of your trading schedule. You can place a stop order to take place while you’re unable to react in real-time.

Trading on news quite naturally leads into the technical analysis school of Forex trading. Technical analysis rests on analysing charts and trading on that basis alone. It stems from the efficient market hypothesis, whereby whatever price the market puts a commodity at is necessarily the correct price – any economic developments are automatically incorporated into price.

Technical analysis has many detractors, but its real value is in combining it with a fundamental speed strategy. A technical understanding of patterns and trends in Forex markets, combined with an awareness of economic news should, in theory, give the trader greater insight into how markets will move in the short-term.

With markets moving by the minute, or even second, and dramatic changes occurring rapidly in light of economic news, the importance of a Forex trader to react quickly is second to none. Major economic announcements can send even long-term traders for a spin. A combination of fundamental speed and technical analysis could be the path to success.

Sarah Willis write on a number of subjects relating to finance and business on behalf of GO Markets http://www.gomarketsaus.com/, provider of Forex services including margin and FX and commodities trading. 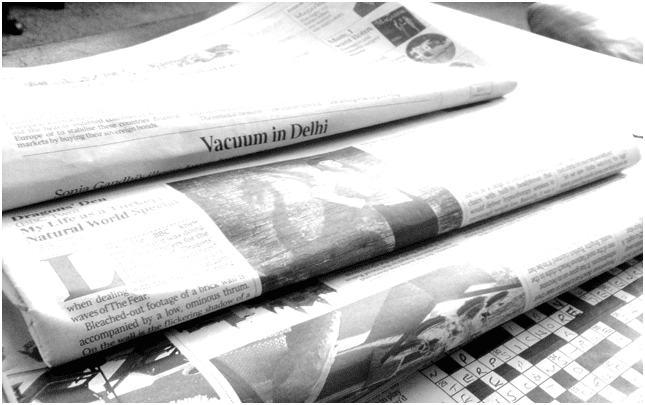 The Forex market is the fastest moving on the planet. In contrast to stock trading, where the biggest winners focus on long-term goals, Forex offers ample opportunity for amassing large profits through short-term trades. But those trades can depend on fluctuations lasting only a few minutes. It's important to pay attention. But what do you pay attention to? And how should you react? The effect of news Currency markets are highly reactive to economic announcements. Following the surprise announcement in September that the Federal Reserve would not be tapering off their quantitative easing program, the dollar crashed dramatically. This signal…