It’s a known fact that Ripple owns the majority of XRP coins. The founder, Jed McCaleb, stated that he held around 9 billion XRP tokens in 2014. This number represents close to 10% of the total supply. Recent estimations show that McCaleb still owns approximately 4.7 billion XRP, which is more than 10% of the current circulating supply. 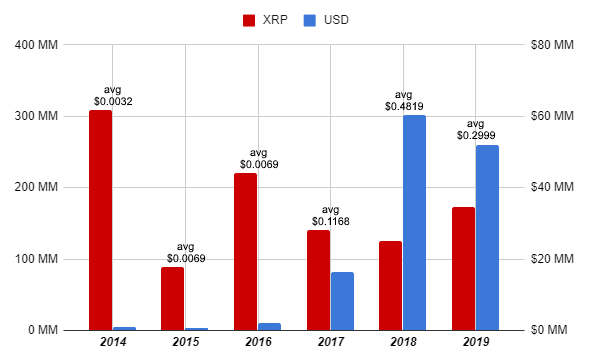 According to a February report by Whale Alert, the average amount of XRP sold was around 1.74 million per day, an increase of 266% compared to 2019. Even at today’s prices, this figure represents about $400,000 sold every day. The total trading volume of XRP is undoubtedly a lot more; however, the constant selling pressure could be affecting the cross-border giant.

The company has been heavily criticized for not only owning a lot of XRP coins but also for selling them regularly. However, according to the Financial Times, Ripple would be at a loss without the sales of XRP. 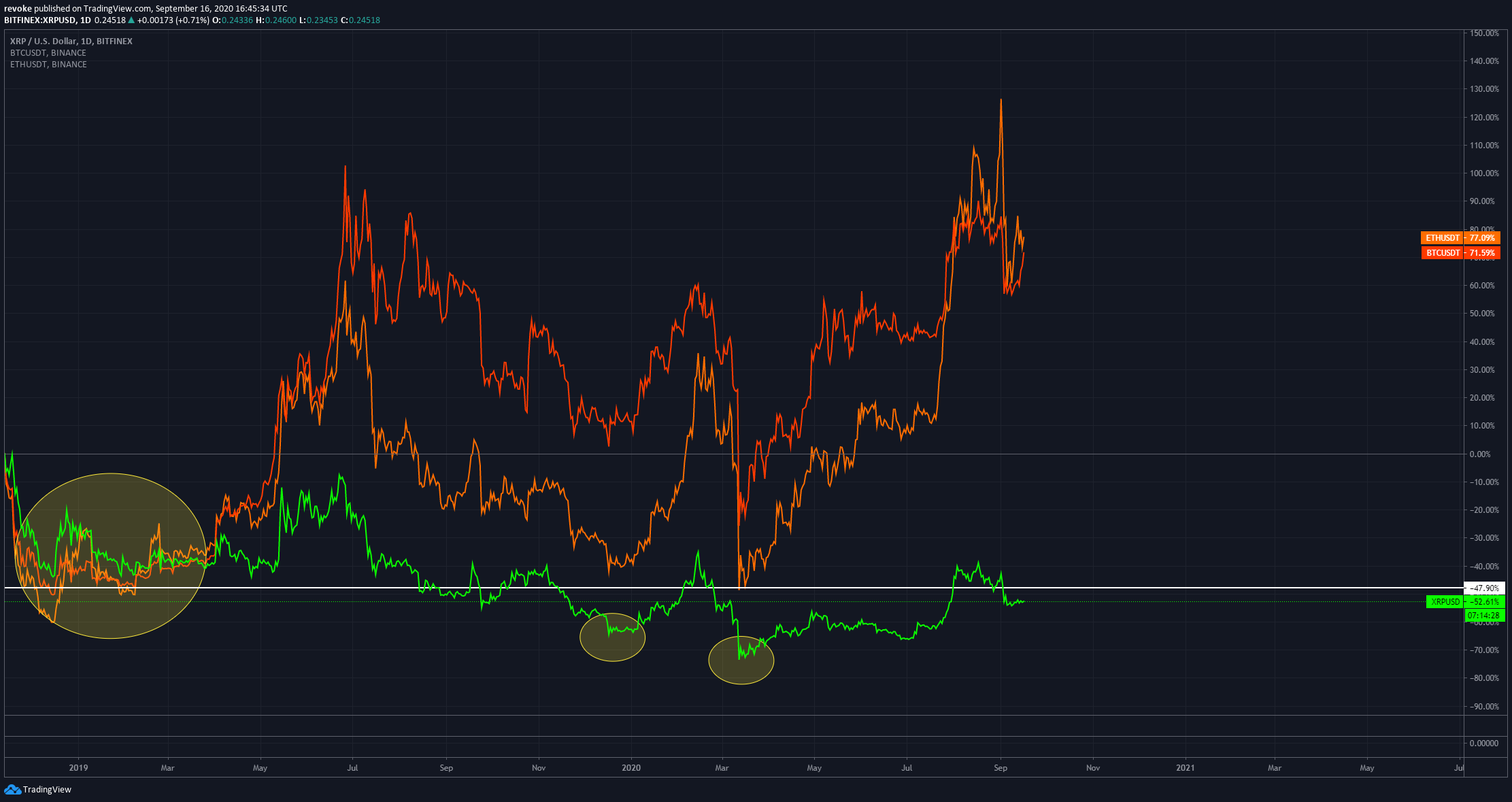 We know that most cryptocurrencies tend to follow Bitcoin’s moves. XRP was indeed following Bitcoin up to a crucial point around March, where Bitcoin, Ethereum, and many others had a significant bull rally while XRP continued trading sideways.

Eventually, around May 2019, XRP did have a bull rally that didn’t last long. The price of XRP plummeted, hitting lower lows while the rest of the market did not. 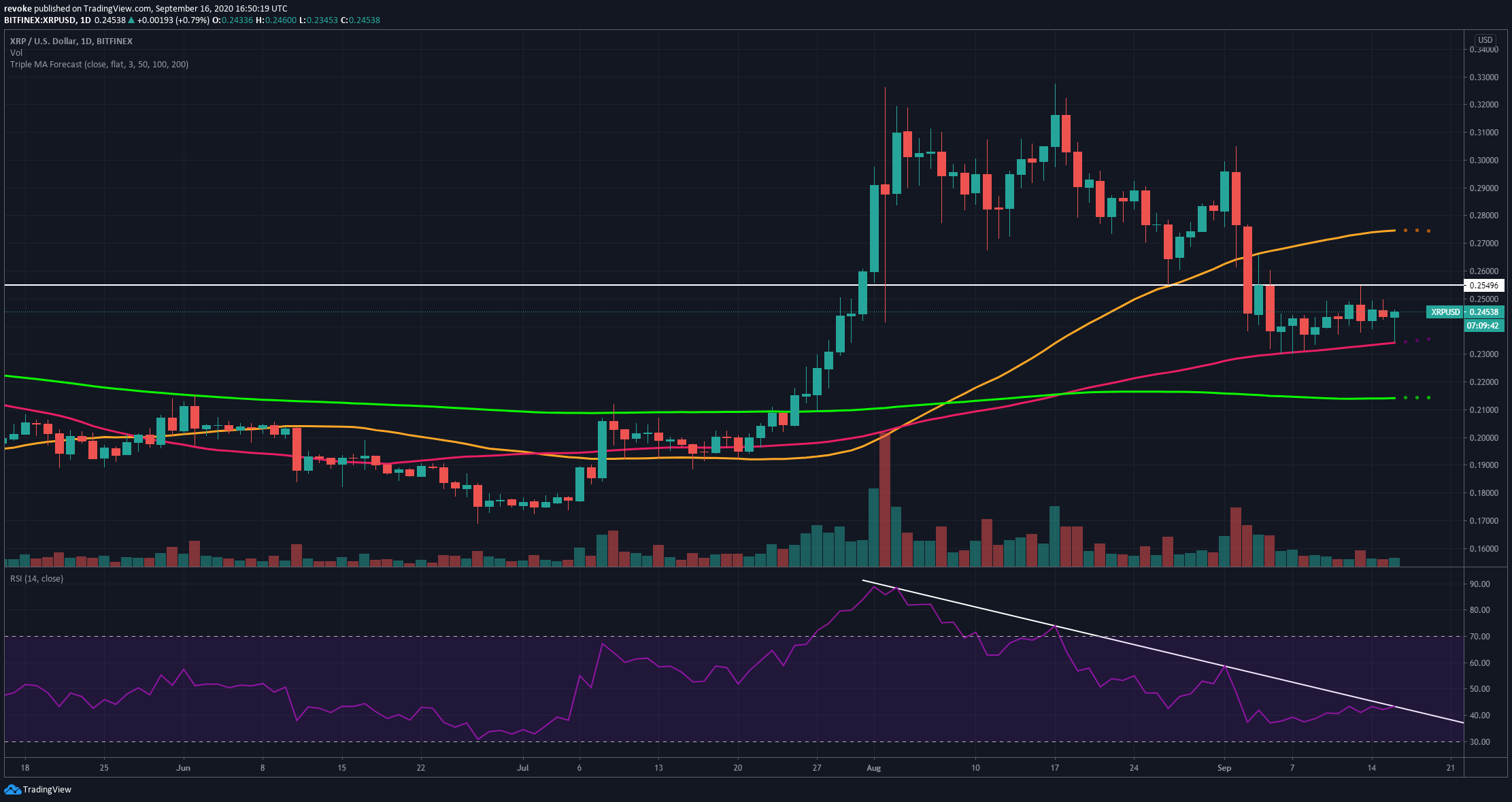 After the dump on September 3, XRP price has managed to bounce from the 100-MA several times. Buyers are still holding this support level, but struggling to see any bullish action. The RSI has dropped to lower lows and seems to have formed a trendline that could push XRP up to $0.254, the next resistance point if broken.

On the other hand, a loss of the 100-MA would be devastating for XRP as there are almost no support levels on the way down beside the 200-MA at around $0.214.

Get the 5 most predictable currency pairs
Previous ArticleGold Price Analysis: Here are all the key levels in gold ahead of the FOMC meeting
Next Article AUD/NZD Price Analysis: Update, short position now risk free for 3R