Ripple price broke out of the falling wedge pattern discussed in a previous FXStreet analysis. The breakdown predicted did not happen. Instead, Ripple pulled up from the support at $0.25 and settled above $0.27. Ripple is currently stable above $0.28, although the upside is limited at the 61.8% Fib retracement level with the previous swing high of $0.305 and a swing low of $0.254.

Significantly, one of the largest financial institutions in Japan, SBI Holdings has announced its intentions to roll out an application that will run on both iOS and Android platforms. The interesting thing is that this payment service will be powered by Ripple blockchain. MoneyTap was first mentioned by the CEO of SBI Ripple Asia, Takashi Okita on the official app’s website. However, it is unclear when the official launch will take place but the website said that users of both Android and iOS will be able to start using the service in autumn.

Ripple price is up a subtle 0.43% on Friday while the prevailing trend is generally bullish. The buyers are looking forward to $0.30 but first, the immediate resistance at the 61.8% Fibo and $0.29 must be dealt with. On the other side, Ripple has established stability at $0.28 but the 50SMA (1-hour) will offer additional support at $0.2722, besides the primary support rests at $0.25. 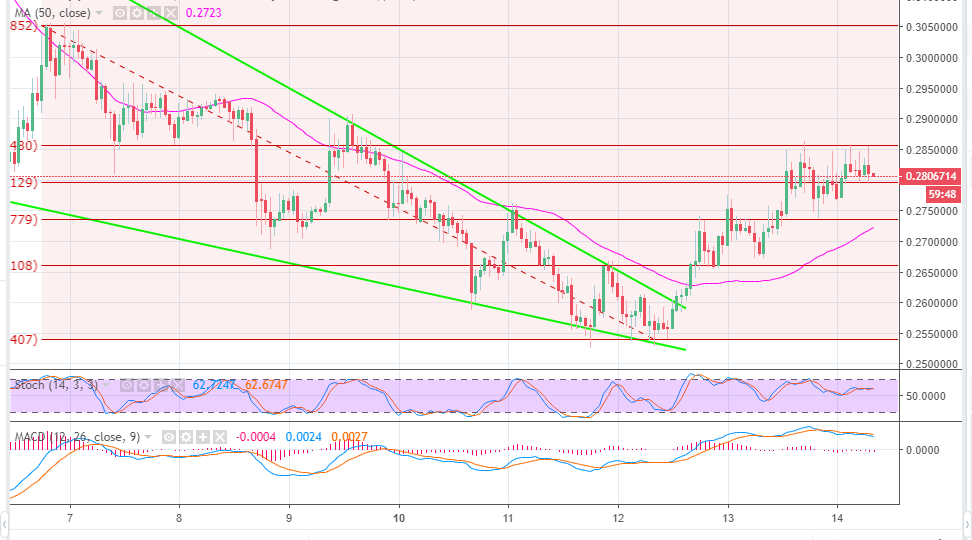 Get the 5 most predictable currency pairs
Previous ArticleEmerging Markets: A ray of hope – AmpGFX
Next Article GBP/USD climbs to fresh 6-week tops, further beyond 1.3100 handle