XRP has lost over 60% of its value since November 24, 2020, after peaking at $0.78. The digital asset plummeted after the SEC sued Ripple, alleging that the company sold illegal securities to investors. On December 29, 2020, XRP price dropped to $0.173 but managed to recover and it’s currently trading at $0.288.

Although the announcement is quite new, it doesn’t seem that XRP price is reacting at all. The digital asset had a significant spike on January 19, jumping from $0.289 to $0.33 within two hours but 24 hours later dropped lower at $0.282. 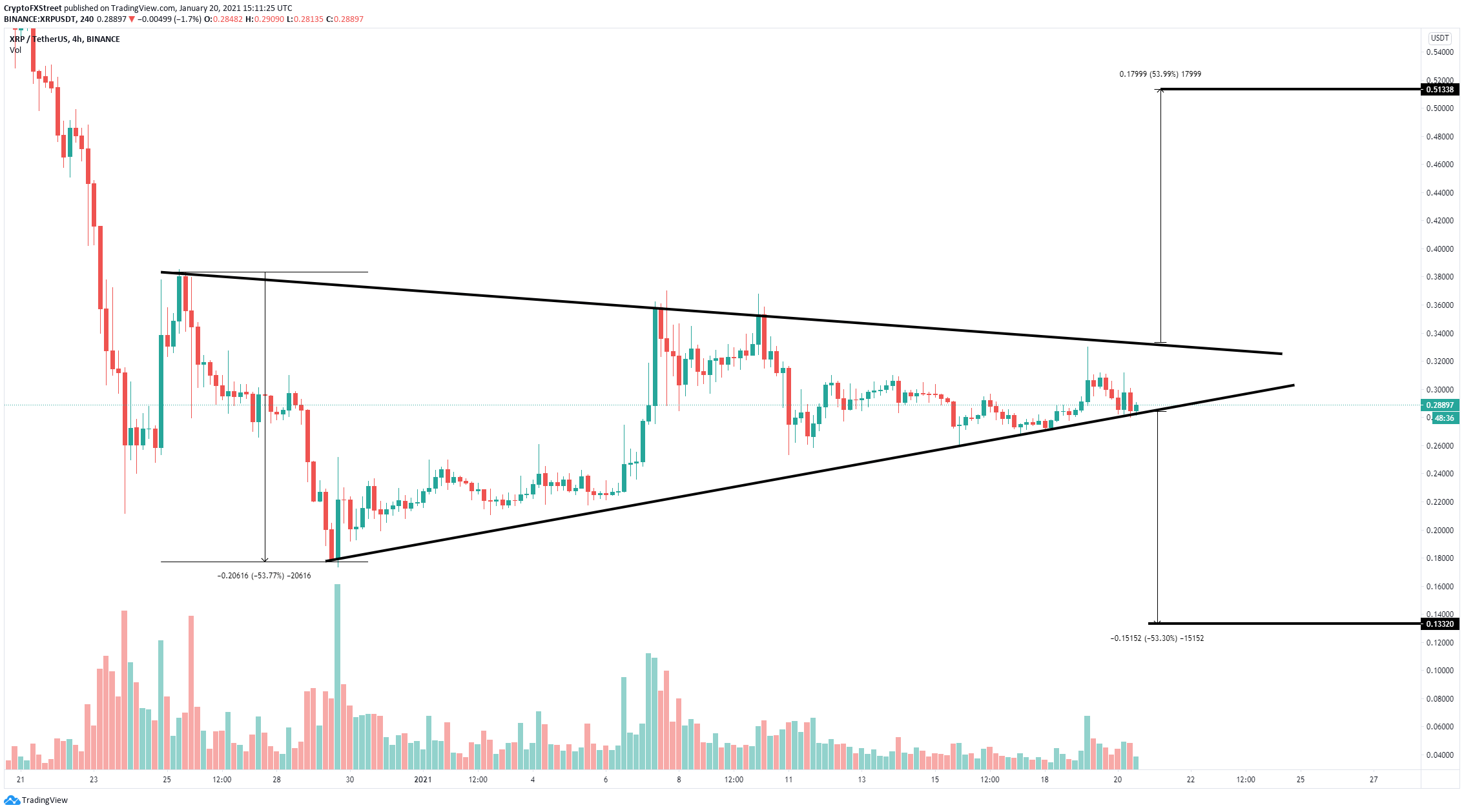 XRP has been trading sideways for the past two weeks and established a symmetrical triangle pattern on the 4-hour chart. XRP price is on the verge of a breakdown below $0.28, which would drive the digital asset down to $0.133.

On the other hand, if the bulls can hold the crucial support level at $0.28, XRP price can rise towards the upper trendline at $0.33. A breakout above this point would push it to a high of $0.51.