The Ripple price is waiting for a 60% move upwards after the emergence of a bullish pattern on the daily chart. The international payments token may be further bolstered by small wins being anticipated in the SEC vs Ripple case as the saga continues.

XRP/USD price has spelt out a cup and handle chart pattern on the daily chart, suggesting a 60% rally upwards should the chart pattern be confirmed. The bullish outlook for Ripple may be realised particularly after the Blockchain claimed another victory in the ongoing SEC v. Ripple court drama.

On Judge Sarah Netburn presided over a court telephone conference aimed at settling a privilege dispute over the agency’s internal documents over Ether and XRP. The agency has long argued that these files are protected by the deliberative process privilege (DPP). This argument was dismissed by the judge.

In her decision, Netburn sides with the arguments by XRP’s legal team with a decisive ruling on deliberative process procedures set to be delivered on September 28. Before then, the SEC will now have to provide to Ripple all the documents (with redactions),  although the judge said they were to be “lightly redacted”. The Judge will  then carry out a personal review of the un-redacted copies of all the documents in private.

Each party will then have to provide reasons for why each individual document is or is not privileged. Then the judge will issue an order on each document as to whether it should be produced to Ripple or not.

Ripple argues that it was not given “fair notice” that it would be treated any differently than Ethereum and the documents could shed light on the regulator’s contradictions over its decision on determining whether XRP is considered to be a security.

The positive sentiment that comes with such small wins for Ripple could also impact the XRP/USD price. At the time of writing, Ripple is trading at $1.2632 and appears to be battling immediate resistance at the $1.37 level.

On August 23, Ripple tested the May 28 high around $1.3149. This implies that the bulls are determined to regain the multi-month Ripple price losses. This bullish bias is currently secured by the support base at the $1.20 psychological level forming the right side of a cup and handle chart pattern.

Note that the measured move of the cup and handle pattern for the Ripple price is 60% suggesting a price target of $2.07. The target surpasses the April 14 high above $1.960.

Ripple needs to breakout above the May 20 high of $1.300 and the handle high of August 23 at $1.315 to overcome the selling pressure and take XRP out of the handle. If this happens, the odds of an upward swing towards $2.07 will increase. This upswing will however be met by resistance around the $1.49, $1.60 and $1.83 resistance levels.

This bullish XRP price prediction is accentuated by the appearance of a golden cross that occurred yesterday when the 50-day Simple Moving Average (SMA) cross above the 200-day SMA. Moreover the position of the Moving Average Convergence Divergence (MACD) indicator above the zero line in the positive region adds credence to XRP’s bullish outlook. Also note that the MACD could send a call to buy signal in the near term. This will happen once the MACD line (blue) crosses above the signal line bolstering the bulls to push the XRP price even higher.

Moreover, the upward movement of the Relative Strength Index (RSI) towards overbought region shows that buyers are in control of the cross-border remittance token.

Can XRP’s Bullish Narrative Be Invalidated

Where to Buy XRP Now

If you want to trade Ripple, you can do so on crypto exchanges such as eToro. This is an FCA regulated platform with over 20 million user globally. eToro charges low trading fees and commissions.

Looking to buy or trade crypto now? Invest at eToro! 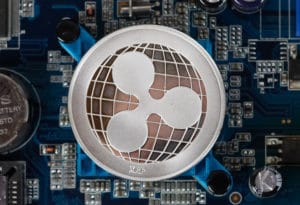 FTSE Price Prediction: UK100 On The Rise Amid Global Uncertainty

The Ripple price is preparing for a powerful upswing that could take the token to a high of $2.07 A clear breakout $1.31 accompanied by a sustained bullish momentum as accentuated by the Positive parabolic SAR and the August 31 golden cross would see Ripple uncover a massive bullish narrative. Small wins for Ripple in the on-going SEC v. Ripple Lawsuit provide positive sentiment that could positively impact XRP. The Ripple price is waiting for a 60% move upwards after the emergence of a bullish pattern on the daily chart. The international payments token may be further bolstered by small…