XRP broke below an ascending triangle pattern at $0.247 and hit a low of $0.243. In the next 24 hours, the digital asset continued dropping towards $0.24. However, bulls have managed to push the cross-border payment giant to a current price of $0.245.

XRP price can recover from the bearish move

Although the break of the ascending triangle pattern formed on the daily chart is a notable bearish sign, it seems that they are getting no continuation so far. The price has managed to bounce from $0.24 and recovered the 50-SMA as a support level. 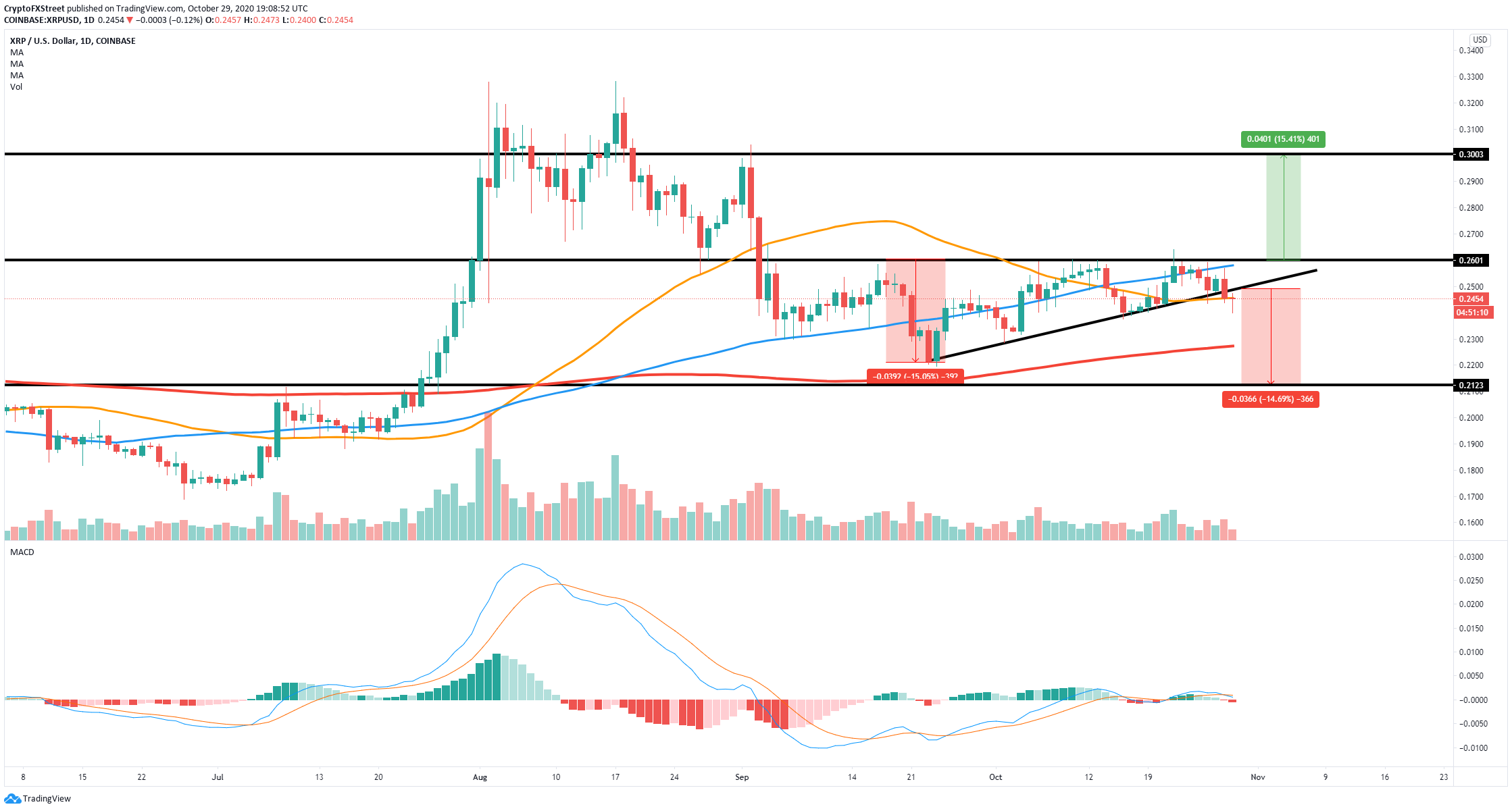 The current candlestick is bullish as it has a long lower wick, which indicates bulls bought the dip. If the positive momentum continues, XRP can jump towards the triangle’s upper trendline, which coincides with the 100-SMA at $0.26. A bullish breakout above this resistance level can drive XRP to the next price target at $0.30.

Furthermore, observing the XRP holders distribution chart provided by Santiment, it is noticeable a significant increase in the number of whales holding at least 10,000,000 coins from a low of 307 on September 22 to a current high of 313.

The bearish momentum can continue pushing XRP towards $0.21

Despite the bears’ current weakness, it’s important to note that XRP did breakdown the triangle pattern, and it’s having trouble defending the 50-SMA on the daily chart. The MACD turned bearish on October 28, and it’s gaining negative slope. The bearish price target remains at $0.21, which is a 15% value drop.