XRP attempted to break out of an ascending triangle on October 22 but failed. The fakeout led the digital asset into a period of correction for the next five days, losing the 100-SMA as a support level.

XRP can fall to $0.21 if this support level is lost

On the daily chart, the most critical support level is established at $0.248, the lower boundary of the ascending triangle pattern. The current price of XRP is below at $0.2451, which means bulls are at risk of losing the support level. 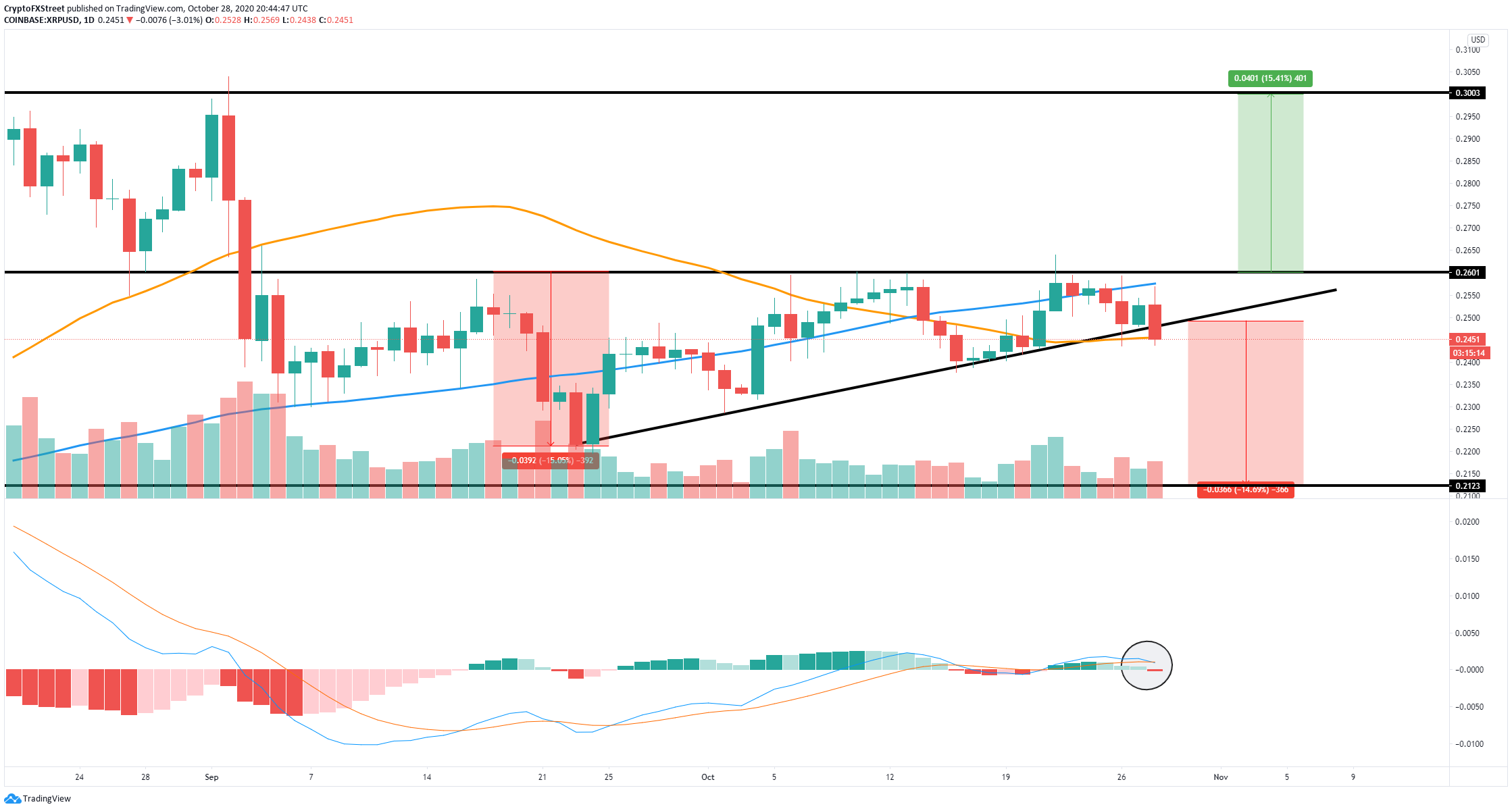 Additionally, the MACD just turned bearish for the first time since October 16. Using the height of the ascending triangle we can determine the potential bearish price target to be at around $0.21.

The only chance for XRP to survive is to defend $0.248

On the other hand, if the bulls can defend the support level at $0.248 and close above it, it will simply be considered a re-test of the lower boundary. The last time the MACD turned bearish, the sellers didn’t see much follow-through.

Furthermore, the 50-SMA is currently acting as a strong support level at $0.245. XRP could jump towards $0.26, the upper trendline of the pattern. A breakout above this point would drive the digital asset towards $0.30.

Get the 5 most predictable currency pairs
Previous ArticleNZD/USD taking the flack as risk sours
Next Article EUR/USD ticks up from three-week lows at 1.1720 and returns to 1.1750