XRP/USD has not recovered from the slide that commenced on Monday 25. As predicted yesterday, the stability in the market culminated in declines not only for Ripple but also for other assets like Bitcoin which is exploring the levels below $3,900. The demand zone between $0.29 and $0.30 has failed to cause a trend reversal paving the way for the price to explore how deep the rabbit hole goes below $0.29.

The confluence detector tool shows Ripple steadily increasing the gap between the critical resistance at $0.3147 and the current market value. The region between the two levels consists of several resistance zones with the initial at $0.2992. The confluence of indicators at this level consists of the previous high 15-minutes, Bollinger Band 15′ upper, Bollinger Band 1-hour lower, 5 SMA 15′ and the pivot point daily S1. 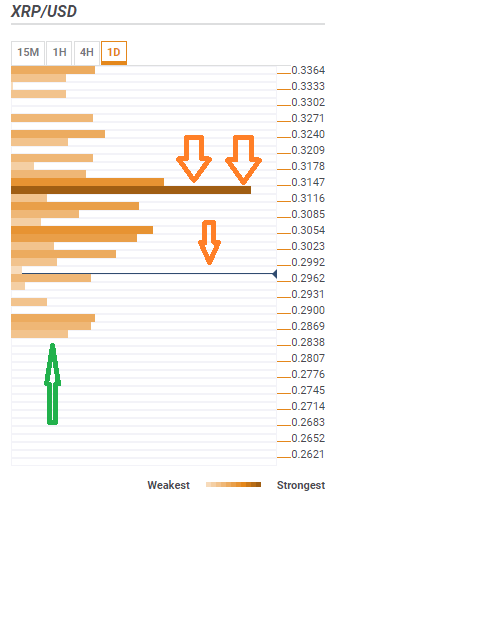 Consequently, Ripple must reclaim its position above $0.30 for a correction toward the critical resistance. Other hurdles to look out for in the coming sessions on Tuesday ate $0.3023, $0.3054 and $0.3116. However, a correction above $0.3147 is key for further movement towards $0.33 and $0.35 (ultimate medium-term resistance). $0.3147 is currently highlighted by a confluence of indicators including: 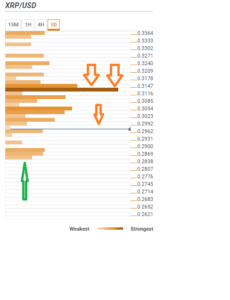