SafeMoon Price Prediction: SAFEMOON hints at reversal of its downswing

SafeMoon price is currently undecided on its directional bias and could sway either way. However, going by the general market structure of most cryptocurrencies, it is likely SAFEMOON will head higher.

SafeMoon price is currently trading below the 50% Fibonacci retracement level at $0.00000399 after a 25% downswing from the swing high at $0.00000524. As SAFEMOON tries to overcome the said supply barrier, it remains indecisive.

A failure to muster up the bullish momentum here could lead to a retest of the swing low at $0.00000273 formed on May 23. However, a bullish spike in buying pressure from the current position ($0.00000392) that produces a decisive close above $0.00000416, coinciding with the 50 four-hour Simple Moving Average (SMA), will confirm the start of an up-trending rally. 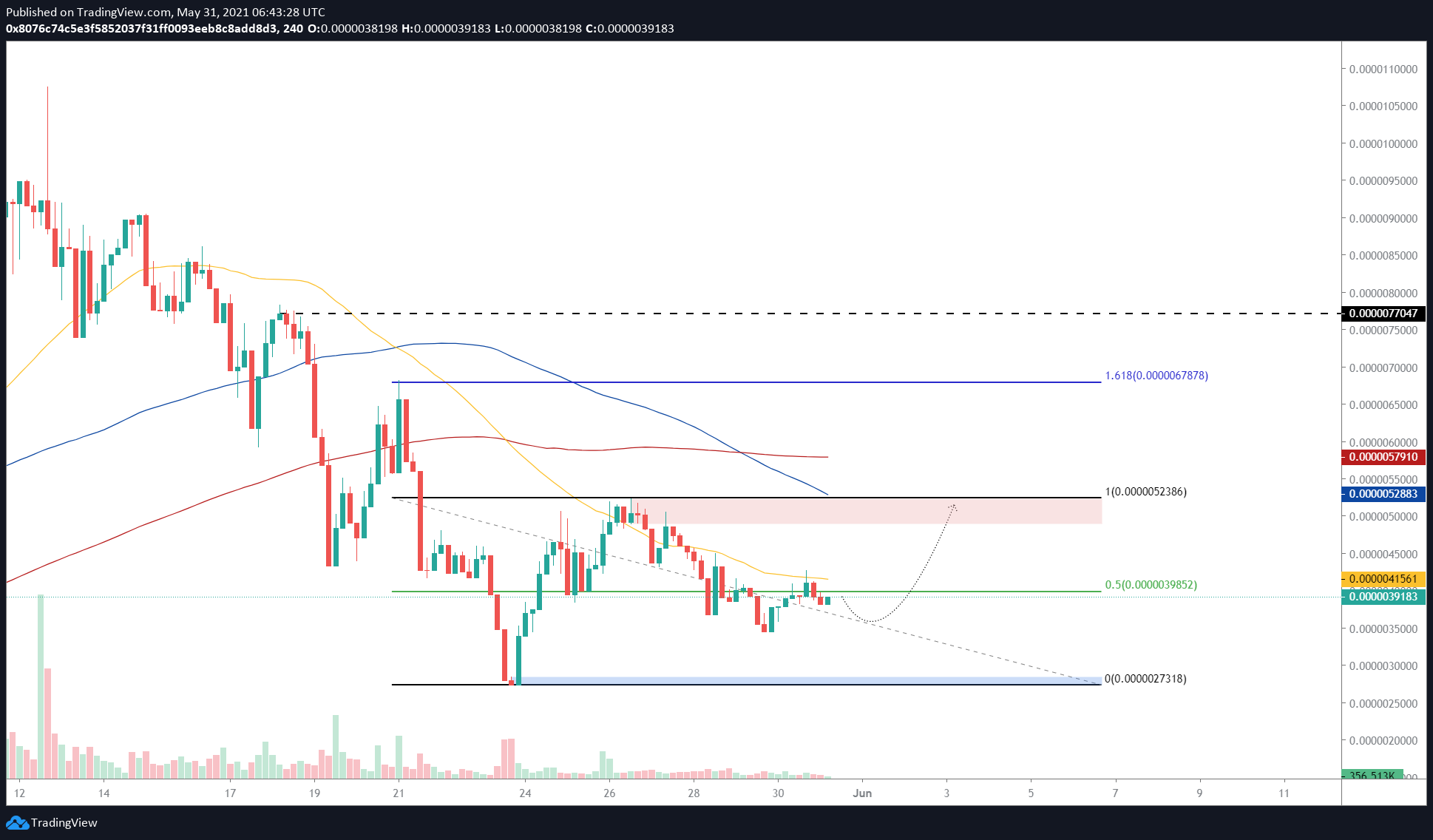 EUR/JPY to struggle to extend its rise toward the 134.73 mark – Commerzbank