Shiba Inu price has been consolidating since May 19, as interest in SHIB has gradually been declining. The meme-token has been following the broader crypto market trend, failing to galvanize investors’ enthusiasm.

Shiba Inu price appears to be consolidating in a parallel channel, currently struggling to reach the middle range of the pattern on the 4-hour chart.

The horizontal channel connects pivot highs and lows, creating trendlines that show the buying and selling pressure is somewhat equal. The prevailing direction of Shiba Inu price is sideways.

Shiba Inu price is likely to test the first level of resistance, but it must hold above the 100 four-hour moving average at $0.00000917 before rising to the upper trendline of the parallel channel. 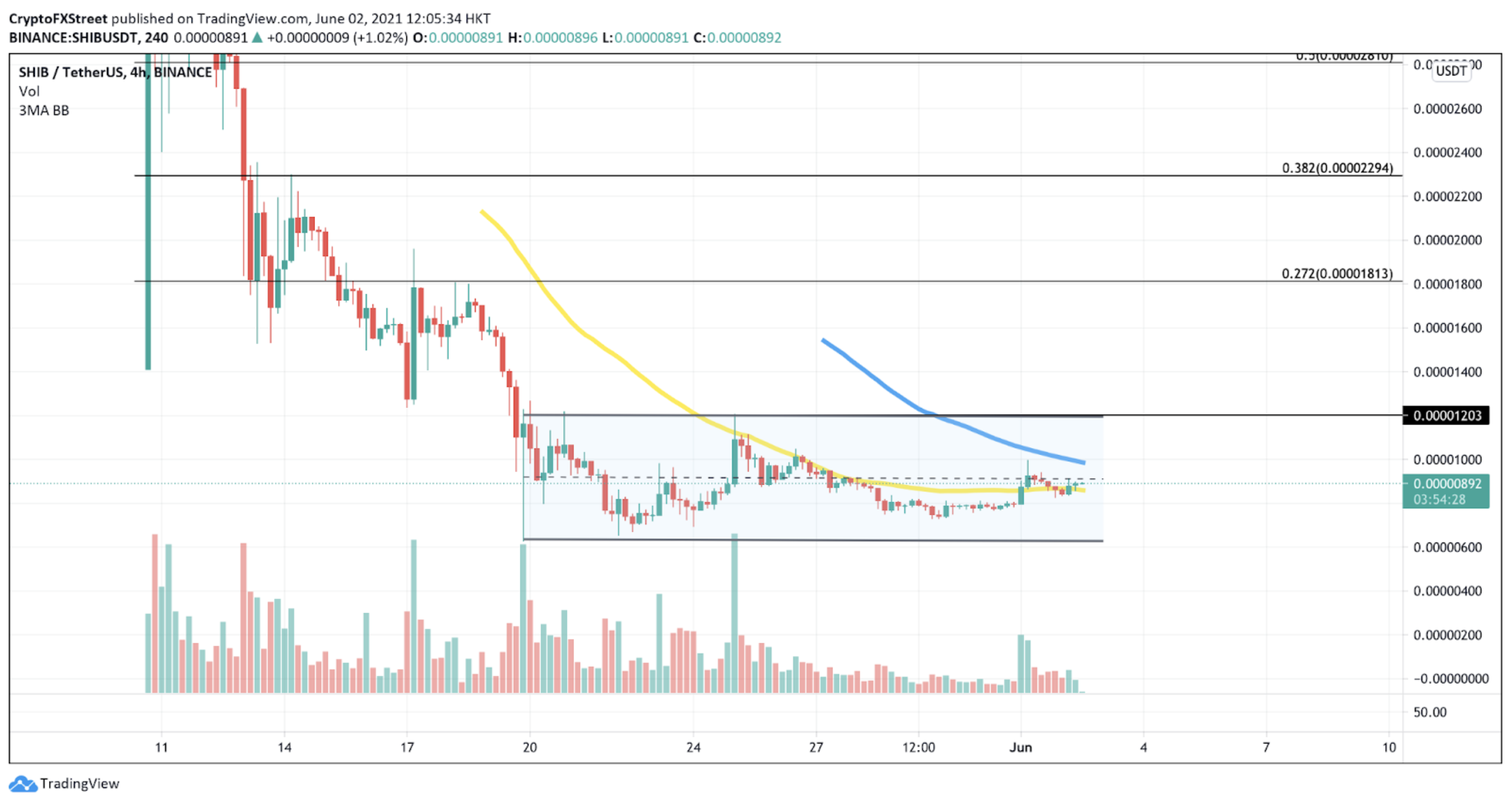 The low volumes seen in Shiba Inu could indicate that the hype may have subsided for the canine-themed cryptocurrency. SHIB volume has gradually decreased since May 25, coinciding with the price action.

Given the low interest in Shiba Inu reflected by its volume, SHIB price may continue to be locked in a sideways trend. On the daily chart, the meme coin has been trading on a second consecutive inside day and formed a doji candlestick, signaling a general equilibrium between buyers and sellers, indicating a heightened level of indecision.

A spike in buying pressure could put the channel’s upper trendline on the radar, with Shiba Inu price rallying 36% reaching $0.00001203.

Should the broader crypto market recover, bigger aspirations should not be voided for Shiba Inu price, targeting the 27.2% Fibonacci extension level at $0.00001813 in the long run.