US stocks all performed well on Thursday as the US CPI was high but not too high to cause the sell off that bears had been hoping for. Inflation has moved to multiple year highs but this has now been well flagged and accepted by market participants. Even the Fed has come to the acceptance that it may have problems with inflation going forward but it remains committed to ultra-loose monetary policy. With such backstop equities have nothing to do but keep going up. This they duly did on Thursday with the S&P 500 making another new record high.

Traders use one of two means to trafe the broad S&P index, the S&P 500 future, with the E-mini being the most popular, or the SPY Exchange Traded Fund. Both track almost identically. Using the actual index takes away the ability to use volume indicators, which can be powerful technical analysis tools. Using the futures chart, 4050 remains as the double bottom from May 12 and 19 which prompted the rally. Volume was low at this level which lead to the price rejection and move higher. This 4050 area also corresponds to strong support from the trendline in place from the Oct 30 low from last year. The move is slow and steady as can be witnessed with the divergence from the OnBalance Volume (OBV) indicator. This is a market breadth momentum indicator that basically plots positive days volume against negative days volume. A divergence can signal a reversal so this needs to be watched. Simple market breadth is positive, the number of advancing stocks – declining stocks. Other momentum indicators remain neutral-the Relative Strength Index (RSI) and Commodity Channel Index (CCI).

The 4180 was a big level for the S&P 500 futures to get through as can be seen from the volume profile bar on the right of the chart and also the relative balance between bulls and bears in this bar (red and green). Once through here the index had to push higher. This will serve as a strong support zone on any retracement. A break below 4050 should see a move through some light volume profile areas to 3920 the point of control since September, ie the strongest and highest volume, fair value area 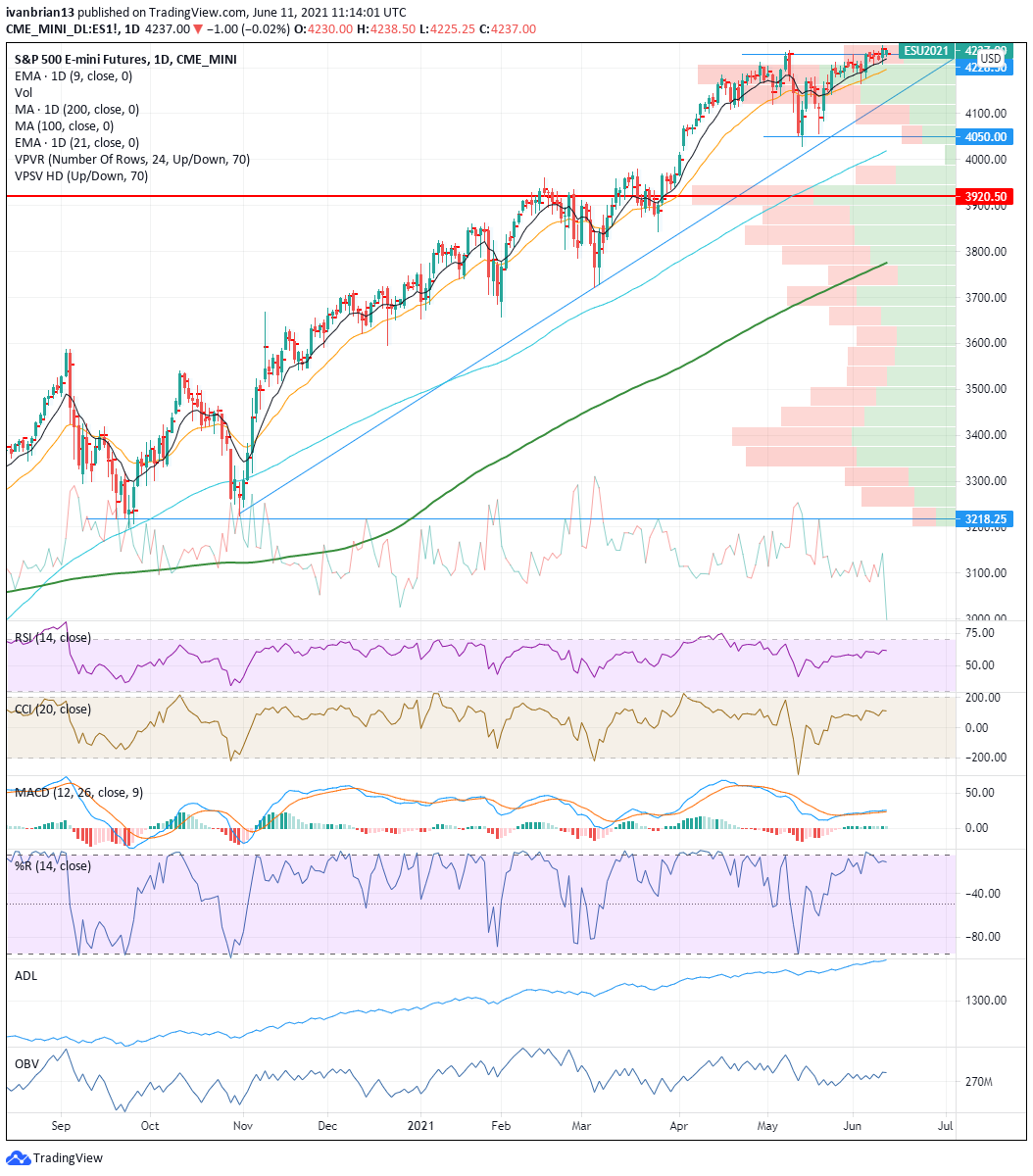 The sentiment and momentum still favours the upside. The Fed’s balance sheet has been nicely correlated with equites since 2008 basically and the start of ultra-loose monetary policy. A new record was set again in the most recent data and the S&P took the lead and made new record highs on Thursday.

Get the 5 most predictable currency pairs
Previous ArticleNZD/USD retreats to fresh session lows below 0.7200
Next Article USD/CAD climbs above 1.2100 on renewed USD strength