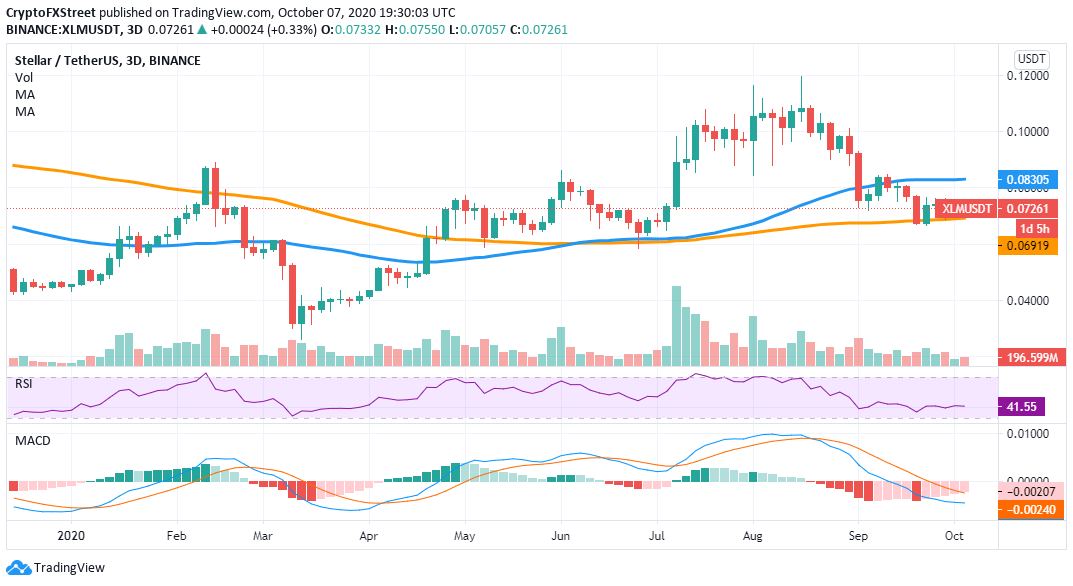 The 100-SMA at $0.069 is the most important support level. It was defended twice on September 21 and 30. A bearish breakout below this level would take the digital asset down to $0.06. 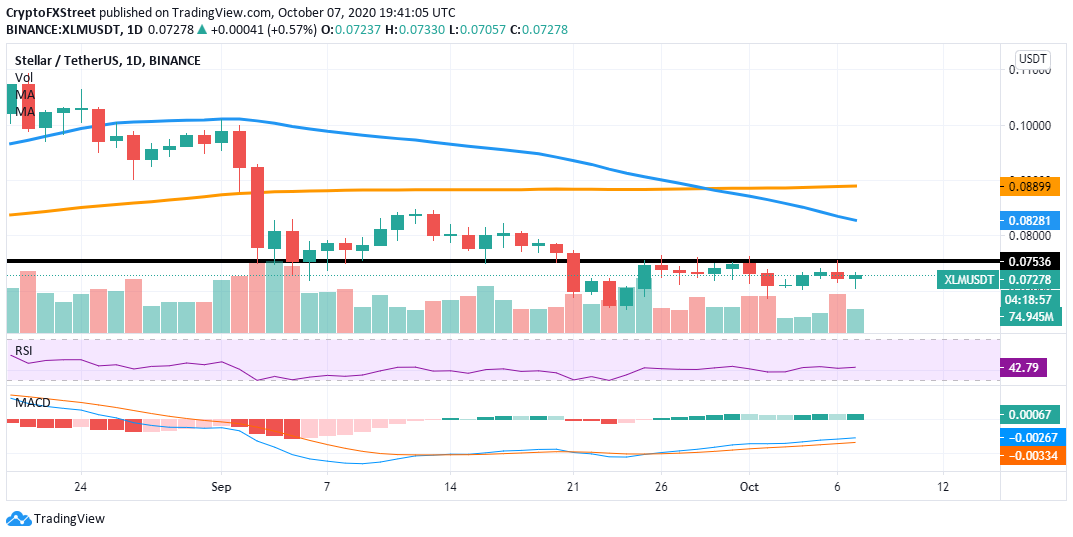 XLM is facing a resistance level at $0.075 that has rejected the price several times during the past two weeks. The 50-SMA and the 100-SMA have crossed bearishly and will act as resistance levels.

The Bollinger bands are squeezing, which indicates a major move is underway, so far favoring the bears. Furthermore, the 1-hour chart is also in favor of the sellers. The TD sequential indicator is close to presenting a sell signal after posting a green ‘8’. 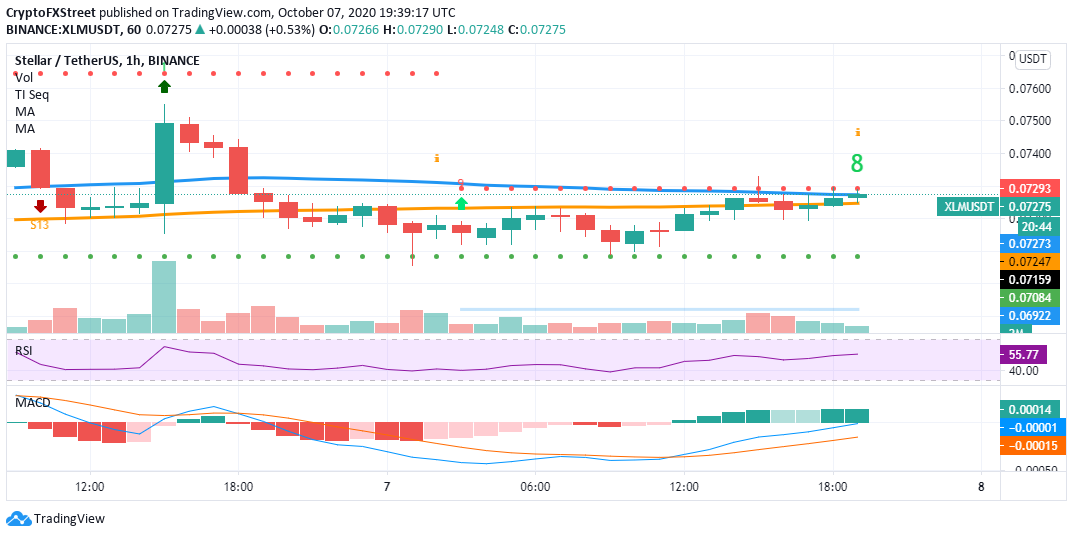 On the other hand, XLM is trading above the 100-SMA and the 50-SMA on the 1-hour chart, turning both into support levels. The MACD has been bullish since this morning and could help the price close above the 50-SMA.

Sellers need to pay close attention to the 100-SMA on the 3-day chart as the most critical support level. A bearish breakout can drop the price towards $0.06.