Stellar network’s validator nodes experienced an unexpected breakdown recently. During the same period, the XLM price also hit a dead end and is eyeing a pullback.

On April 6, several Stellar Development Foundation’s (SDF) validator nodes temporarily stopped validating transactions, which resulted in a halt for some transactions while others progressed as usual.

During the entirety of the SDF node downtime, the Stellar network remained online. Because it is decentralized, and the majority of Stellar network validator nodes were still functioning, the network continued to process transactions.

Although the SDF worked to resolve the issues quickly, popular exchanges like Binance, Bitfinex and Bitstamp reported this issue as they halted withdrawals.

The recent addition brings their total holdings to 68.59 million XLM, worth approximately $37 million at the current price.

The XLM price has failed to create a higher high as it faces resistance at the ascending parallel channel middle line. The technical formation is formed as a result of higher highs and higher lows connected using trend lines.

After creating a swing low on March 25, the remittance token was on a trajectory toward the channel’s upper boundary. However, the XLM price journey faced a blockade around the previous local top at $0.60, which coincides with the middle line.

A rejection here might send the Stellar price crashing toward the lower boundary at $0.41. However, this downtrend will likely face exhaustion after a 22% drop to $0.37, which is the State Trend Support set up by the Momentum Reversal Indicator (MRI).

If sellers overwhelm the level mentioned above, the XLM price could slide another 10% to a subsequent demand barrier at $0.33.

Adding credence to the bearish outlook is the recently spawned cycle top signal presented in the form of a red-one candlestick on the 1-day chart. This setup forecasts a one-to-four candlestick correction. 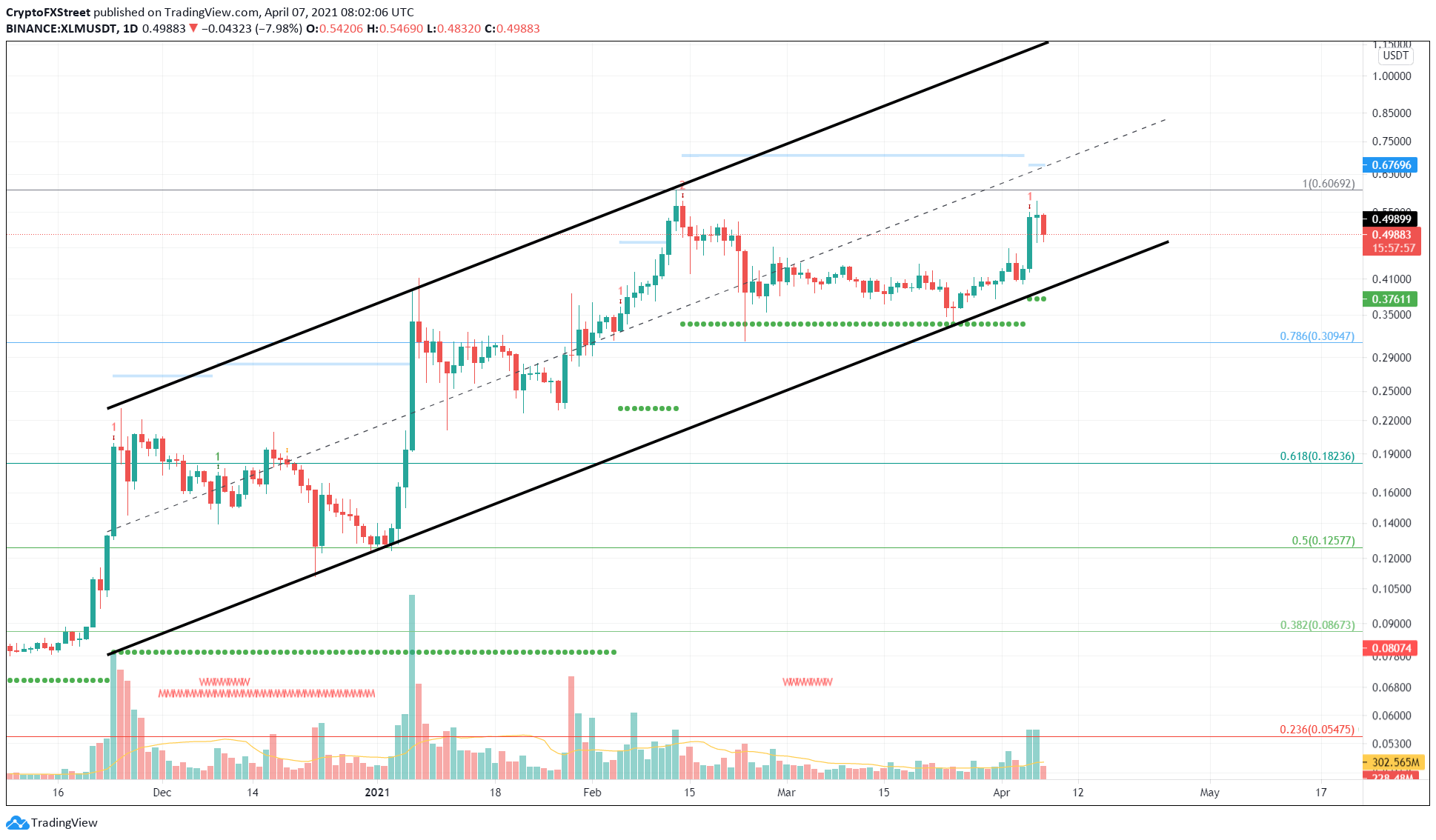 A potential spike in  buying pressure that would push the XLM price above the MRI’s breakout line at $0.70 might catalyze the buyers to pile up. Such a move would provide the remittance token a chance to surge toward the ascending parallel channel upper trend line around $1.42.

Stellar Network saw several of its nodes go offline on April 6. This malfunction led to a temporary halt in transaction validation. XLM price eyes a retracement as investors book profit near the local top at $0.60. Stellar network's validator nodes experienced an unexpected breakdown recently. During the same period, the XLM price also hit a dead end and is eyeing a pullback. Validators crash, but Stellar network continues operation On April 6, several Stellar Development Foundation's (SDF) validator nodes temporarily stopped validating transactions, which resulted in a halt for some transactions while others progressed as usual. In a blog…