Sushi is down by 25% since January 4 but it seems that several on-chain metrics remain in favor of the bulls. Despite the price plummeting, the number of Sushi coins inside exchanges has continued to decline since December 20, 2020, from 42.7% to only 22% currently.

Additionally, the number of whales holding between 100,000 and 1,000,000 coins has increased since January 1 from 18 to 25, indicating that investors are willing to buy the dip and expect Sushi price to rise higher.

However, in the short-term, the bears are in control right now after establishing a clear downtrend on the hourly chart, setting several lower highs and lower lows. 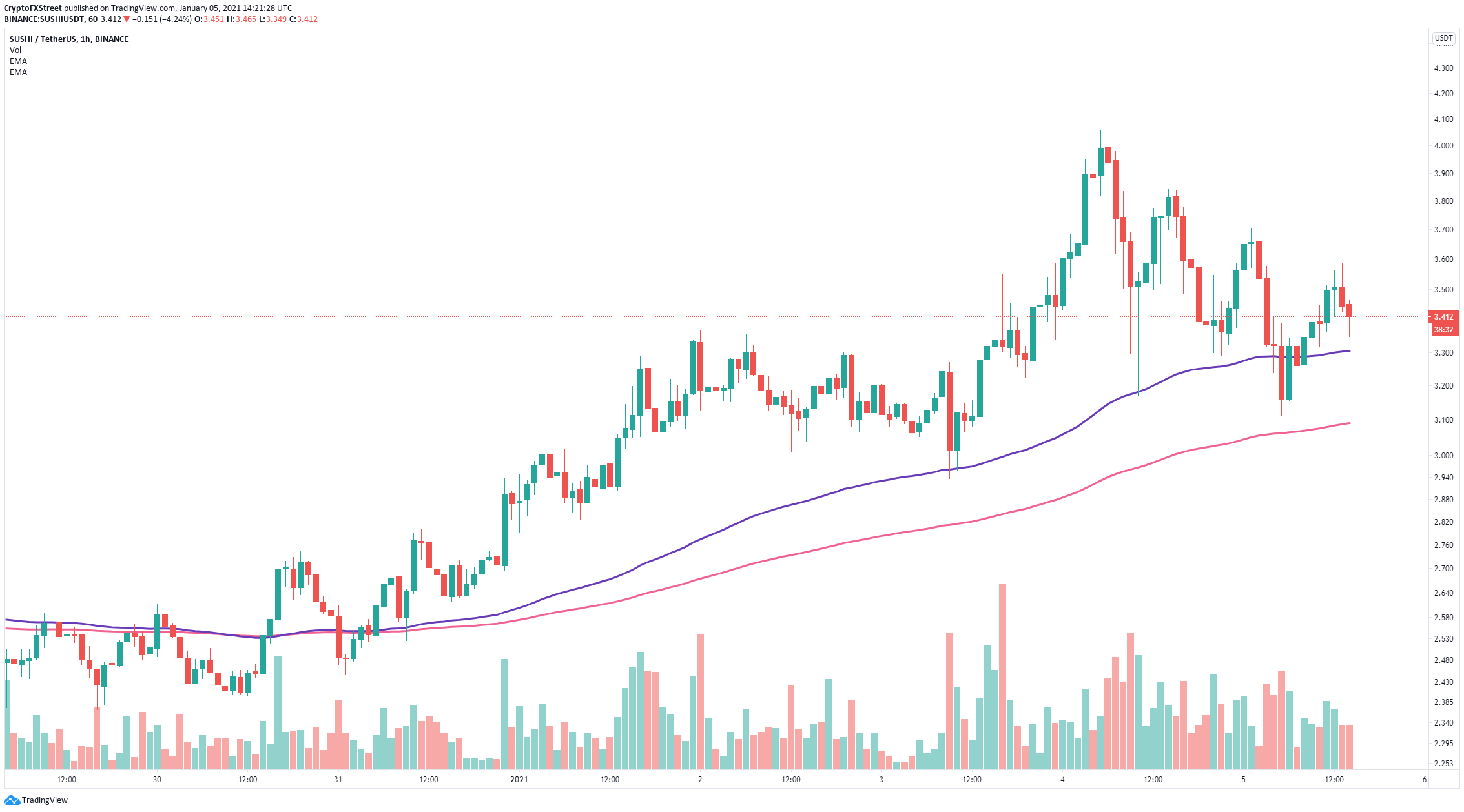 Sushi dropped below the 100-EMA briefly but has rebounded. A clear breakdown below the 100-EMA will quickly push the digital asset down to the 200-EMA at $3.08. Losing this level would be notable and could potentially send Sushi towards $2.4.

WTI bounces off lows and approaches $49.00 ahead of API

Sushi price had a significant but healthy 25% correction after a massive uptrend. Several on-chain metrics remain heavily bullish and indicate Sushi can climb higher. On November 6, 2020, Sushi started a major rally from a low of $0.472, reaching $4.163 in January 2021. So far, bulls have been in control of the trend and there have been no red flags. Sushi price aiming to establish a new high after a healthy correction Sushi is down by 25% since January 4 but it seems that several on-chain metrics remain in favor of the bulls. Despite the price plummeting, the number…