SushiSwap is trying to find stability after a gruesome start at the beginning of September. The drop from highs of $46 to lows of $1.13 happened amid the founder’s drama, Chef Nomi cashing out up to $13 million in ETH. SUSHI recovered slightly from the dip, but the price has been capped under $3.50. On the downside, $2.00 has come up as a formidable support area. However, price movements continue to be limited under the descending trendline, as seen in the 4-hour timeframe. 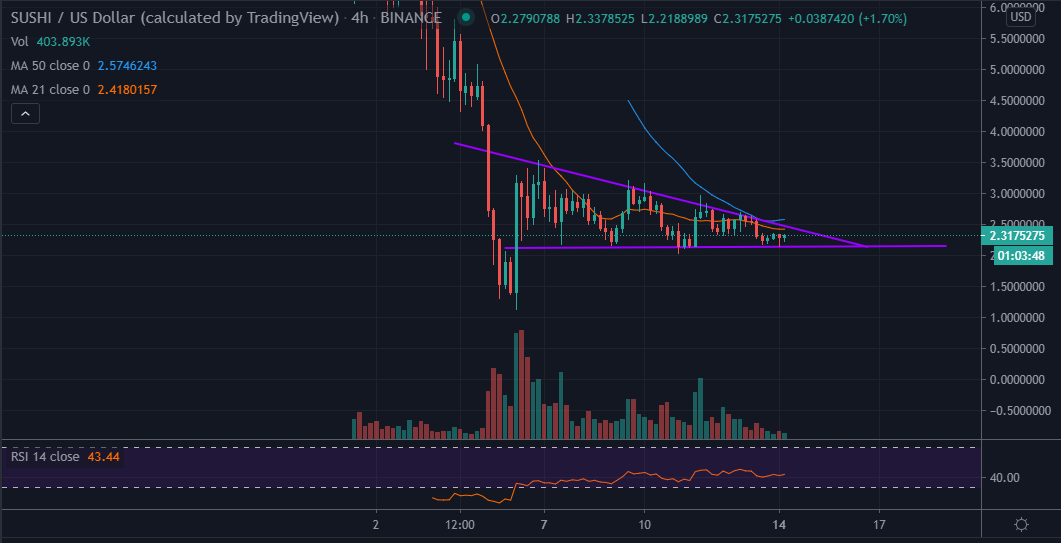 The embattled DeFi token is currently trading at $2.25. Its immediate upside is capped under the 21 Moving Average (SMA). Moreover, the price is trading within a descending triangle. If buyers hold the price above the triangle support, there is a possibility for a bounce upwards.

Gains above the 21 MA would bring the price closer to a breakout above the triangle resistance and the 50 MA. More resistance is anticipated at $3.00 and $3.50, respectively. Meanwhile, the Relative Strength Index (RSI) highlights the probability of consolidation taking precedence, especially with the overall low volatility.

A closer look at the hourly range, the consolidation, comes vividly into the picture, as mentioned earlier. However, the Bollinger Bands constriction is heading into a squeeze that would eventually result in a breakout. If the triangle breakout materializes, there is potential for gains above the resistance highlighted at $3.00 and $3.50.

According to Santiment, a renowned on-chain analytics platform, SushiSwap is among the top ten DeFi projects as far as market capitalization is concerned. Data on the platform shows that SUSHI has a $253 million market cap and is the ninth-largest DeFi project. Despite having a relatively high market cap, SushiSwap price is among the lowest, raising questions about whether the token is significantly undervalued. 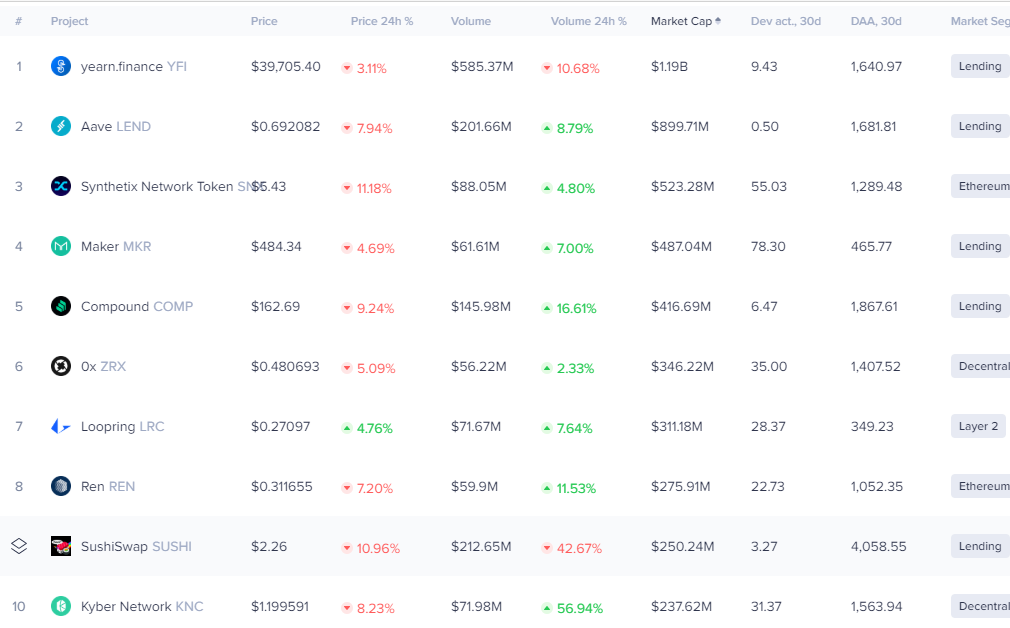 In the meantime, Chef Nomi is said to have transferred the protocol’s keys to the new leader, SBF_Alameda, who promised to forge a new direction for SushiSwap. The Ethereum that was cashed by Chef Nomi is reported to be in the project’s dev fund wallet. According to Santiment, SBF_Alameda rushed to take control mainly because “he has a vested interest in the success of Sushi or rather, in ensuring that the $1.2B liquidity ends up his ecosystem (Serum, Solona, FTX). Also, he has skin in the game to pursue that, seeing how he’s one of SUSHI’s large holders.”

There has been significant progress after SBF_Alameda took control, including the successful migration of SUSHI. Moreover, new multi-sig signers have been brought to the table, which means that the new leader will have to be accountable. 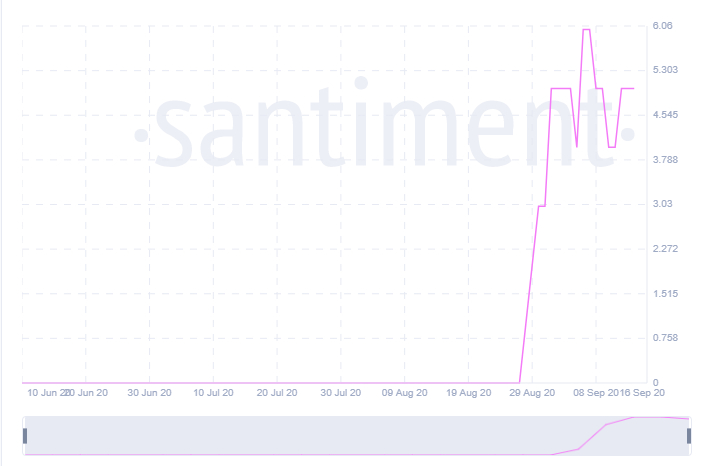 Looking at the holder distribution, whales with tokens between 1,000,000 and 10,000,000 are still stocking up, perhaps anticipating the price rallying again. The volume coming from the large holders in conjunction with the discussed technical breakout would most likely catapult SUSHI to a higher level. As long as the price starts to improve, smaller holders of the token will choose to stay to recover from the dip.

SushiSwap remains among the top ten DeFi projects by market capitalization. As the waves in the community calm down, new leadership could set up SUSHI a fresh start. SushiSwap is consolidating within the Bollinger Bands amid a potential breakout to $3.50. SushiSwap is trying to find stability after a gruesome start at the beginning of September. The drop from highs of $46 to lows of $1.13 happened amid the founder's drama, Chef Nomi cashing out up to $13 million in ETH. SUSHI recovered slightly from the dip, but the price has been capped under $3.50. On the downside, $2.00 has…