The DeFi-tokens shed over 25% of its value in a single day, while the trading volumes collapsed by 30%. The charts of top coins are flashing red, signaling the boom cycle is about to give way to a bust. However, the experts from the Santiment believe that the market has bottomed out and may be ready for a strong rebound.

At the time of writing, the yield farmers’darling YAM is down nearly 50% in the last 24 hours. It is the worst-performing DeFi-token of the day. It is followed by OKS (-20%) and ZAP (-10%). The picture is even scarier as 90 out of top-100 tokens are nursing losses from the long-term perspective.

The DeFi tokens’ capitalization dropped to $10.3 billion, losing over 14$ on a day-to-day basis.

The biggest losers of the DeFi-market

Where is the silver lining

Meanwhile, the head of the content and SEO department in the blockchain analytics provider, Santiment, points out that negative figures and pessimistic posts about DeFi on Twitter are actually buying opportunities for long-term oriented investors.

Analyzing the two-year data on Bitcoin sentiments in social media, the experts concluded that overly optimistic moods in most cases lead to the imminent price decrease. Thus, several Bitcoin price peaks in February, April, and August 2019 were accompanied by the market euphoria, which was closely followed by sharp price collapses.

Basically, market exuberant optimism should be interpreted as an ominous signal for long-term investors. The conclusions made by the Santiment team somewhat chimes with the olf stock market adage, coined by the legendary investor Warren Buffet: “Be fearful when others are greedy, and be greedy when others are fearful.”

That’s precisely what is going on in the DeFi market that is deep on the “fearful stage.”

According to the researchers, the social peak marks the periods of irrational market behavior, and they are not a good time to buy.

In fact, most Bitcoin rallies emerged from patches of highly bearish sentiment in the past two years, as crowd expectations were low and the coin was typically deemed overvalued by most market observers.

Meanwhile, the current carnage on the DeFi market is the other side of the market mania spectrum. The increasingly bearish sentiments may signal that the assets are grossly undervalued and present a good buying opportunity for the long-term players.

Many DeFi tokens hit their peaks in August and now have been navigating a sea of red for a few weeks. The negative moods towards DeFi assets have been gaining ground ahead of the late September crash.

According to the social data analysis performed by the Santiment, Sushi and YFI have been surrounded by pessimism since the middle of September. If they continue diving into the bearish territory, their recovery potential will start growing.

However, the experts note that the positive momentum may be realized only amid beneficial fundamental developments.

SUSHI, and YFI: The technical picture

On the intraday charts, SUSHI has already started recovering from the recent lows. The coin bottomed at $0.55 on October 7 and jumped to $0.73 by press time. The first obvious upside target is created by the psychological $1; however, a more robust resistance comes at $1.33. The price has been hovering around this area at the end of September before the bearish momentum gained traction. 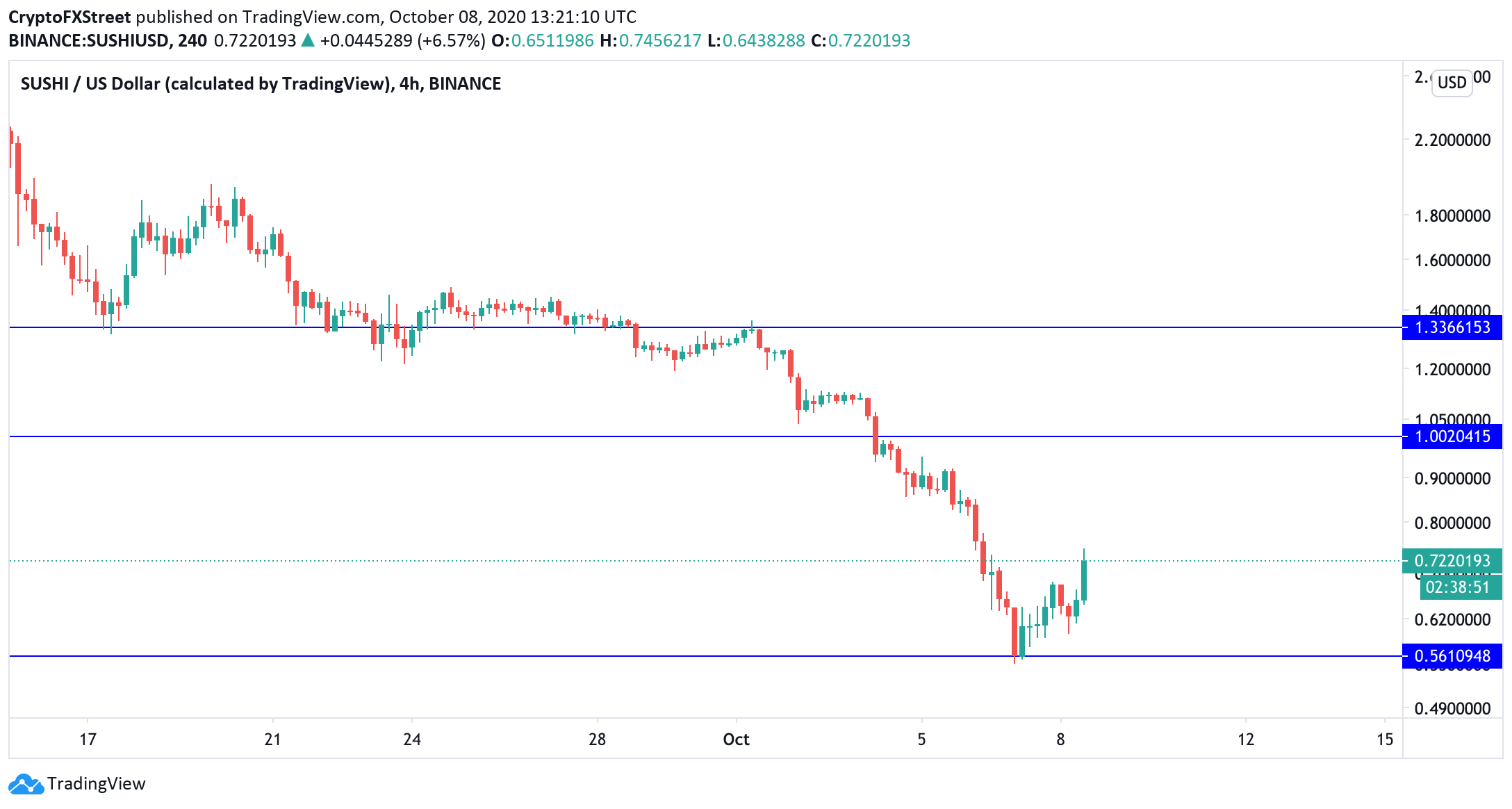 A similar picture is on the YFI charts. The token bottomed at $12,257 during early Asian hours and recovered to $15,300 by press time. The initial resistance is created by $16,000.

Once it is out of the way, the price may go as high as $22,00. This barrier served as strong support in September. 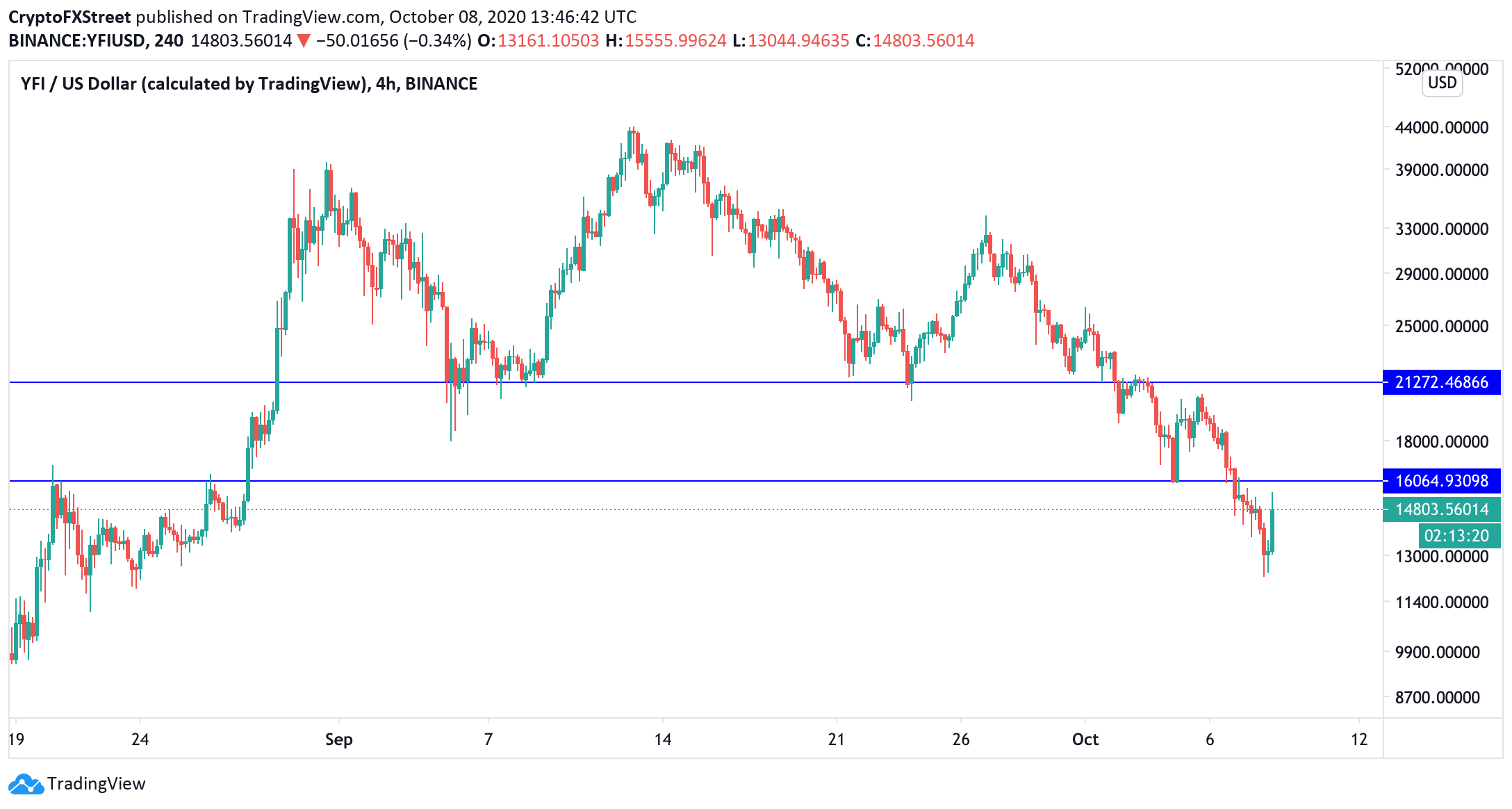 To conclude: If the history is any guide, the overly pessimistic sentiments usually precede the cryptocurrency markets’ recovery cycles. It means that the decline in the DeFi industry may be coming to an end. As the charts above show, SUSHI and YFI tokens are ripe for recovery, provided that the fundamental developments are positive.

DeFi tokens are going through the bust cycle.  The research shows that pessimistic sentiments are a good signal for long-term investors.  Popular DeFi tokens are showing signs of reversal. The DeFi-tokens shed over 25% of its value in a single day, while the trading volumes collapsed by 30%. The charts of top coins are flashing red, signaling the boom cycle is about to give way to a bust. However, the experts from the Santiment believe that the market has bottomed out and may be ready for a strong rebound.  What's going on  At the time of writing, the yield farmers'darling…