Home » The cryptocurrency industry waits for institutional investors, and they are coming

The cryptocurrency industry waits for institutional investors, and they are coming

Institutions are coming, surely but slowly

According to the recent survey conducted by the crypto asset insurance company Evertas, about 90% of institutional investors with nearly $80 billion of aggregated assets under management plan to increase their exposure to the cryptocurrency market within the next five years.

The team surveyed pension funds and insurance companies in the US and UK. The overwhelming majority confirmed that they considered increasing their allocation of digital currencies if the regulatory and liquidity conditions improve.

The results of Evertas survey 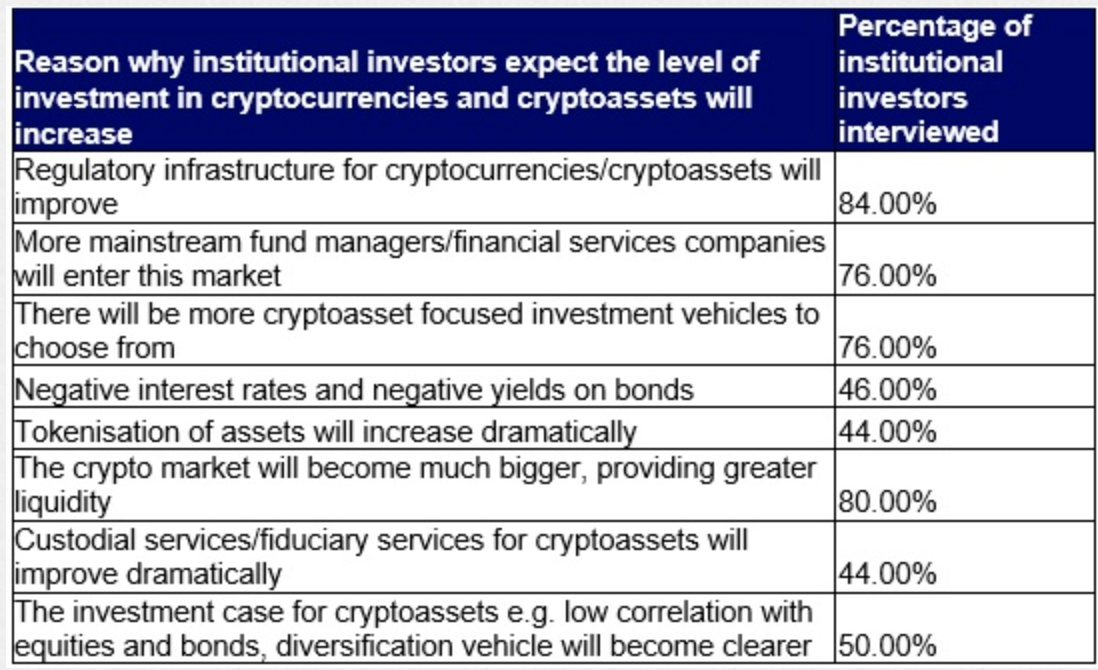 Moreover, 50% of the respondents believe that the cryptocurrencies’ investments will become a diversification vehicle due to the low correlation with equities and other types of assets.

The industry takes note each time a high-profile investor announces support for digital assets. Thus recently, the CEO of MicroStrategy, Michael Saylor, revealed that the company had been buying bitcoins to protect the assets from inflation.  Moreover, in the latest Bloomberg interview, he said that Bitcoin is less risky than cash and gold at this stage.

The shares of the company jumped after the announcement.  Another famous investor Paul Tudor Jones also recently announced that he holds 1% of its portfolio in BTC.

The cryptocurrency market has been fixated on the institutional involvement in the industry for quite some time now. In 2018 Bitcoin enthusiasts put stakes on Bitcoin futures launched on CME and CBOE. The event was supposed to become a significant milestone for the industry and create a powerful mass adoption impulse.

However, BTC futures went live, but nothing happened. Bitcoin continued moving down and hit bottom on approach to $3,000 before the recovery started.

Then the focus shifted to Bakkt. The subsidiary of Digital Asset Custody Company, backed by the Intercontinental Exchange (ICE), promised Bitcoin futures with physical delivery. The company hoped to entice hesitant investors into the cryptocurrency trading. After a series of delays, Bakkt launched its bitcoin futures contracts in September 2019.

A year has passed, but the results leave much to be desired. According to the Arcane Research data, the amount of BTC contracts held to expiry surpassed the previous record and reached 356 BTC in September. This trend is in line with an uptick on the trading activity as daily trading volumes pushed above $170 million. However, the platform is still far below the market leaders.

As FXstreet previously reported, Bakkt trading activity has little impact on BTC price movements as these stats say nothing about the direction of the trade. Also, the total open interest (OI) has been decreasing in September. After a sharp growth in August, it is now 60% down. 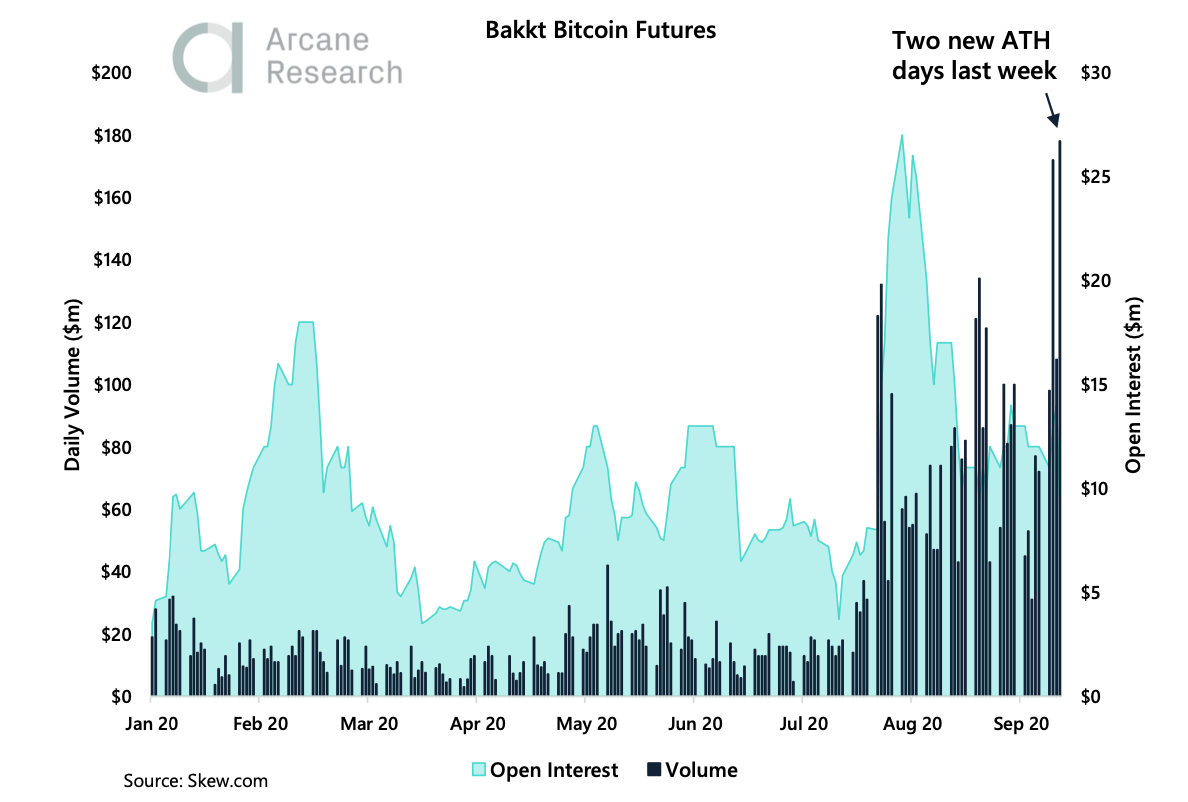 Now Bitcoiners tout the launch of ETFs as a new pivotal event. The Brazillian fund manager Hashdex is set to launch Bitcoin ETF on the Bermuda Stock Exchange (BSX) in partnership with the American stock exchange Nasdaq. And now that’s the real trigger that will unlock the cryptocurrency industry for the institutional investors.
https://www.fxstreet.com/cryptocurrencies/news/bermuda-stock-exchange-launches-bitcoin-etf-what-it-means-for-the-cryptocurrency-market-202009221049

However, the truth is that the industry is just waiting for Godot, someone who will eventually set things right: bring the bullish trend back on track, foster cryptocurrency mass adoption, and make Bitcoin great.

Be careful with what you wish for

The large investors’ involvement in the cryptocurrency market will signal that the market is getting more mature. They will help weave the new type of asset in the fabric of the traditional financial markets and, potentially, make it a part of the existing system.

But this coin has a flip side as well. Making Bitcoin a part of the system will deprive it of independent asset status, not controlled by any government or regulator. This may be the price the industry will have to pay for the mass adoption.

EUR/USD turns positive above the 1.1700 mark

Research shows that institutional investors are more inclined to invest in Bitcoin. The industry hopes the involvement of large institutions will foster mass adoption. The price crypto enthusiasts will have to pay may be too high. Institutions are coming, surely but slowly According to the recent survey conducted by the crypto asset insurance company Evertas, about 90% of institutional investors with nearly $80 billion of aggregated assets under management plan to increase their exposure to the cryptocurrency market within the next five years.  The team surveyed pension funds and insurance companies in the US and UK. The overwhelming majority confirmed…