US equities ran into a brick wall midway through yesterday’s session, with the S&P slammed lower for a loss of 0.71% after a breakdown of fiscal negotiations in Washington sapped investor confidence and led to a risk-off atmosphere in markets.   Senate Democrats were less than thrilled with the Republicans proposed plan, as the White House cited the latest fiscal proposal from the House was nothing more than an attempt to appease a small group of Tea Party Republicans.   In response to the lack of progress, rating agency Fitch placed the coveted ‘AAA’ rating of the United States on negative watch, unhappy with the time it has taken to resolve the debt ceiling debate.   The Loonie felt some of the sting from the dour market sentiment, with USDCAD unable to break lower and remained stuck within its upward trend channel that’s been in place since mid-September.   Protection against future volatility was well bid throughout the afternoon, with the October VIX contract increasing over 2 vols to just under 15%.

In a related note, we’re starting to see some grumblings from the Fed Presidents in light of the fiscal standoff in Washington, with Fisher from the Dallas Fed (a notable hawk), saying that he would personally not be advocating for a QE taper at the October meeting, expecting softer economic data in light of the government shut-down.

Midway through the European session and equities across the Atlantic continue to trade heavy, with the major bourses entrenched in the red at last check.   The FTSE is down half a percent despite a strong employment number out of Britain that showed those receiving unemployment benefits fell by almost 42k in September; the biggest monthly fall since 1997.   The unemployment rate for the previous three months until August remained unchanged as analysts had been expecting at 7.7%, however employment increased by 155k over the same time period, a sign the labour market is on firm ground, and potentially a little stronger than the Bank of England expected.   While at first blush the report was a positive sign for the British economy (which showed in price action for the pound), a deeper look into the numbers revealed that wages only rose by 0.8% on an annualized basis over the last quarter (lagging far behind inflation), and almost one third of males who were working part time were doing so because they could not find a full-time job.   The aforementioned statistics remove a bit of shine from the perceived robustness of the labour market in the UK, however the pound is still gaining ground on the dollar, with GBPUSD establishing itself over the 1.6000 mark.

Sentiment is looking more positive as we head west, with S&P futures signaling stocks will regain some ground from yesterday’s drop as the opening bell rings in the North America.   Harry Reid is still optimistic a deal will get done, and reports that the Senate continues to press towards a fiscal deal despite the disorder in the House has buoyed equities thus far.   Despite the optimism from the Democrats on Capitol Hill, short-term treasuries aren’t as enthusiastic, with the one-month T-Bill continuing to sell off as yields spike to just under 0.5%.

Looking at the options market for USDCAD, since mid-September there has been a divergence between the spot rate and implied (and realized) volatility in options on USDCAD.   Since the initial worries around the debt-ceiling and government cropped up in mid-September, USDCAD spot has risen at a faster rate than implied vol, while realized vol has actually moved lower.   This leads us to believe that we should see some compression in these divergences relatively soon, with the potential for spot to converge to the lower levels of options volatility if a deal in Washington does come to fruition.

On the economic data front, Manufacturing Sales for the Canadian economy in the month of August were just released, and the print came in weaker than analyst had been expecting.   Manufacturing sales decreased by 0.2% from July to August when a similar rate of increase had been expected; a slight headwind following the three months of gains.   We didn’t see much reaction in USDCAD after the release, confirming that price action for the pair is largely a result of the ongoing “game theory” experiment playing out in Washington.   The Loonie is stronger against the USD before the opening bell, gaining momentum as stock futures edge higher and investors get more comfortable adding risk back to their portfolios.   The next levels of support for USDCAD will be the mid-1.03s at the Tenkan line, and then trend-channel support at 1.0330 should the Loonie continue to garner buying interest as equities outperform and the spread between WCS and WTI tightens up (despite WTI   trading below $101/barrel this morning.)

Looking ahead to  tomorrow, Housing Starts, Building Permits, and Industrial Production for the US will all be delayed because of the government shut-down, but we will get weekly jobless claims and international securities transactions for the Canadian economy.   Jobless claims are expected to ease from the spike seen last week, giving back some of the continued counting problems in California; expectations are for a reading of 335k, a more normalized figure for the past few months, but still slightly above trend.   International Securities transactions could influence Loonie trading to some extent, outlining the amount of demand foreigners have in acquiring debt and equity instruments linked to the Canadian economy.   The last few releases have been fairly volatile, with the $6.09bn of exposure foreign investors added to their portfolios in July making up less than half of the drawdown we saw in June after emerging markets and growth-related currencies were hit hard on expectations of a Federal Reserve taper.   It will be interesting to see how foreign investors viewed the Canadian investment landscape in August, and with the impending taper on most people’s minds, it is hard to envision a dramatic surprise to the upside. 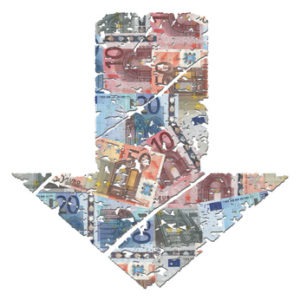 US equities ran into a brick wall midway through yesterday's session, with the S&P slammed lower for a loss of 0.71% after a breakdown of fiscal negotiations in Washington sapped investor confidence and led to a risk-off atmosphere in markets.   Senate Democrats were less than thrilled with the Republicans proposed plan, as the White House cited the latest fiscal proposal from the House was nothing more than an attempt to appease a small group of Tea Party Republicans.   In response to the lack of progress, rating agency Fitch placed the coveted 'AAA' rating of the United States on…