Bitcoin (BTC) price action always give the direction that rest of the crypto market will take. That is why it informs our choice of the top-5 cryptocurrencies to buy this week BTC being among them.

The flagship cryptocurrency is currently fighting resistance from the $52,000 psychological level. This follows the rally that saw it finally shatter the $50,000 resistance to record a high of $51,868.68 on Sunday September 05.

Ethereum (ETH) led other altcoins when it started the rally before the weekend to trade above $4,000 on Friday September 03. This has pushed the ETH’s market dominance to approximately 20% of the $2.3 trillion total value of the cryptocurrency economy with Bitcoin’s market share decreasing to around 41.1%.

Note that even though Bitcoin took a breather below the $50,000 mark over the last two weeks even reaching to a low of around $46,562.44 on September 01 according to data from Coinmarketcap, it has not dampened the sentiments of top analysts that BTC is set to continue rising in the near future.

The nonfungible token (NFT) space has also not been left out as the sector has been attracting the attention of investors for the better part of the year 2021.

According to Jordan Finneseth, a Cointelegraph crypto analyst, the recent drop in transaction volumes of cryptocurrencies and other reduced on-chain activities could be a sign that capital is being shifted to the NFT and the decentralised finance (DeFi) sector.

In this article, I have compiled a list of top-5 cryptocurrencies to buy  that may make a good investment in the short-term.

The bellwether cryptocurrency marks the beginning of our top-5 cryptocurrencies to buy in the near term. Bitcoin price prediction for this week is bullish after flipping the $50,000 resistance level into support. This suggests that the bulls are in control and are aggressively focused on pushing BTC price above the immediate resistance provided by the $52,000 psychological level.

If BTC closes the day below the $52,000 mark, the bulls will be bolstered to resume the upward trend opening the door for a rise towards the $53,600 major resistance level. For a decisive bullish breakout, Bitcoin must overcome the $53,600 level in order to open the way towards the all-time high above $64,000.

Note that the BTC/USD daily chart show the path the Bitcoin has been taking since July 21. After overcoming a barrier, BTC takes a breather to re-test the support that was established after flipping the resistance to support. As such, Bitcoin might retreat to re-test the support at the $50,000 level before re-starting the uptrend towards $64,000.

This bullish Bitcoin price prediction is accentuated by the upsloping moving averages and the position of the Moving Average Convergence Divergence (MACD) indicator above the zero-line indicating that the market momentum is bullish. Moreover, Bitcoin sits path downwards is supported by robust anchor zones such as the 200-day Simple Moving Average (SMA) around the $46,000 mark , 50-day SMA at the $44,000 mark and the 100-day SMA at the $39,400 mark.

This strong support is also validated by on-chain metrics from the In/Out of the Money Around Price (IOMAP) model by IntoTheBlock. The Bitcoin IOMAP shows the least difficult path for the BTC price upwards as it faces little resistance upwards. The major resistance at the $53,700 mark lies within the $53,308 and $54,822 cluster of investors (400,000 addresses) previously bought approximately 178,370 BTC. This resistance might not be difficult for the congestion of buyers around the $50,000 demand zone who would wish to  take Bitcoin beyond the $60,000 mark.

This is because the same UOMAP shows that the immediate support provided by the $50,000 psychological level is within the $48,702 and the $50,216 price range where approximately 760,490 BTC were previously bought by around 1.62 million addresses. This support is robust enough to counter any pressure attempting to push the Bitcoin price the $50,000 mark.

On the flipside, a daily closure below the immediate support at the $50,000 level will take the Bitcoin price down towards the $48,000 psychological level invalidating the bullish bias. A decisive bearish breakout will be achieved if BTC drops below the 200-day SMA at the $46,000 mark. If this happens, Bitcoin could drop further to re-test the support areas around the 50-day SMA at the $44,000 mark and the 100-day SMA at the $39,400 mark respectively.

Another coin that makes our top-5 cryptocurrency to buy this week is the FTX Token (FTT) that has rallied 57% over the last 7 days to set one new record high after another. For example, on September 02, it broke above the previous all-time hight (ATH) at $67.68 that was set on September 01 to set a new record high around $71.5.

The FTX Token took a breather over the weekend with e bearish session on Saturday and low of below $65 on Sunday. This allowed the buyers to come on board before another bullish that is being witnessed for the second say running. Following this, FTT is up 17% over the last 24 hours and has risen above the $70 psychological level once again to set a ATH above $74. Setting a new ATH is a sign that the bulls are stronger that the bears and that they are determined to take FTT to discover new highs.

The price prediction for FTT this week is bullish. This is accentuated by the upsloping moving averages and the upward movement of the MACD indicator above the zero line in the positive region. Also, the entry of the RSI into the overbought region shows that the bulls are determined on discovering new record highs.

If bulls push the price above the immediate resistance provided by the $75 level, the FTT price could rise to discover new highs above $100. The bears will then again attempt to push the price below the $63.56 support zone. If they manage to do that, the FTX Token could drop to $60. The entry of the RSI into the overbought zone suggests that the bullish momentum may be overheated soon hence a reversal could be seen soon.

IOTA (MIOTA) rallied approximately 120% from $0.96 on September 01 rising above the June 03 range high at $1.48. This rally saw IOTA reach a new three-month high above $2.11 on September 04. This upward rally has seen the RSI move into the overbought region going beyond $84 on September 04. This makes it among the next cryptocurrencies to explode over the next few months.

The MIOTA price is currently consolidating between $1.68 and $2.05 perhaps due to profit-taking. IOTA is sitting on recently established support at $1.80 and a drop below this point could make MIOTA price to drop to $1.54 support wall below the $60 psychological level. However, a strong rebound off this support wall could be a suggestion that the bulls were regrouping as they bought in on the minor dips.

What places IOTA among the top-5 cryptocurrencies to buy this week is the bullish IOTA price prediction as illustrated by the daily chart. Note that MIOTA is trading above the rising July trendline and sits in strong support provided by the 200-day SMA, 50-day SMA and the 100-day SMA at $1.29, $1.03 and $0.098 levels respectively.

Moreover, the upsloping moving averages, the positive Parabolic SAR and the bullish MACD accentuate this bullish bias. Note that MIOTA needs to hold onto the immediate resistance at $1.80 to increase the odds of a continued uptrend. A decisive bullish breakout will be achieved if IOTA closes the day above the immediate resistance provided by the $2.0 psychological level. If this happens, MIOTA price may overcome the September 04 high above $2.11 to discover higher highs.

Solana price has rallied 366% over the last month from around $31.28 on August 01 to set a new all-time high above $150 on September 04. SOL’s market cap has increased by over 333% over the same period from $9,339,020,651 to cross the $40 billion marl to $40,517,769,039. Solana’s current market cap stands at $42,332,144,834. Out of the $2.3 trillion total value of the cryptocurrency economy, Solana’s market capitalization represents 1.73%, with respect to market dominance. As such, Solana ousted Dogecoin (DOGE) to take the seventh-largest position last week as its market valuation continues to grow. As such, Solana makes our top-5 cryptocurrencies to buy list for the second week running.

At the time of writing, Solana is trading at $145.03 and appears to be battling immediate resistance from the $150 psychological level. SOL price has been rejected from this level since Friday September 03 perhaps due to profit-booking. Solana will need to close the day above the $150 resistance zone to continue the bullish rally.

On the flipside, the presence of the RSI in the overbought region is an indication that a trend reversal might occur any time soon. This is accentuated by the parabolic SAR which flipped from positive to negative yesterday on the 12-hour chart. Also, the MACD may send a call to sell signal soon on the same 12-hour chart. This may occur when the MACD line crosses below the signal line suggesting that Solana may turn bearish in the near-term as seller book their profits.

This, if Solana fails to rise above $150 and closes the day below the recently established support at $138, SOL will drop to re-test the $127 or $108 respectively.

Meanwhile the sideways price action may continue in the near term. This is accentuated by the horizontal movement of the RSI indicating that the bulls and bears are cancelling out.

The final to make out list of the top-5 cryptocurrencies to buy this week  is ADA. The Cardano price has been consolidating between $2.81 and $3.0 since the start of September. ADA an amazing bullish run over the last few weeks and has seen it record a new all-time high on September 02 when ADA rose above $3.15. ADA closed the month of August at $2.73, up by 2% from its previous close of $2.65. ADA has four straight bullish sessions between Tuesday and Friday last week rising by almost 10% over four days to close Friday just below the $3.0 psychological level at $2.98.

Setting a new ATH is usually an indication of strength but the bulls have not been able to sustain the price above the breakout level at $3.15. This suggests that bears have not yet given up and are attempting to stall the upward rally. The negative divergence on the RSI suggests that the bullish momentum may be slowing down.

As such if bears pull the Cardano price to slide below the immediate support at $2.91 embraced by the middle line of the rectangle, the bullish bias will be invalidated as the green token may re-test the $2.72 support area.  A break below this level could push the green token towards the $2.5 support wall or re-visit the SMAs below the $2.0 psychological level.

Where to Buy BTC, FTT, IOTA, SOL and ADA

If you want to trade the top-5 cryptocurrencies to buy this week, you can do so on the following crypto trading platforms:

Kraken charges transaction fees as low as 0.20% with free bank transfers. It offers a wide range of cryptocurrencies such as Aave, Algorand, Bitcoin, Ethereum, Dogecoin, Bitcoin Cash, Litecoin, Solana and others. You can transact on Kraken using such payment methods as Debit/Credit Cards, Cryptocurrencies and direct bank transfers. 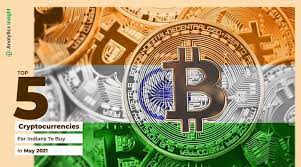 Bitcoin needs to close the day above the $53,600 mark to restart the bullish leg towards the ATH above $64,000. After rallying 57% over the last one week, FTX Token price needs to breakout above above the immediate resistance provided by the $75 level to increase the odds of hitting $100. MIOTA has rallied rallied 120% from $0.96 on September 01 to a three-month high at $2.11 on September 04. The bullish momentum is set to continue in the near-term. Solana price has rallied more than 300% in the month of August alone to reach a new ATH at $151…