TRON’s weekly report is out and talks about the finalization of the TRC-20 shielded contract on the mainnet and a security test for the smart contract on TVM instructions to stake and unstake.

Although the TRON foundation has released several positive announcements over the past few weeks, TRX has continued trading sideways inside an ascending triangle pattern formed on the daily chart. 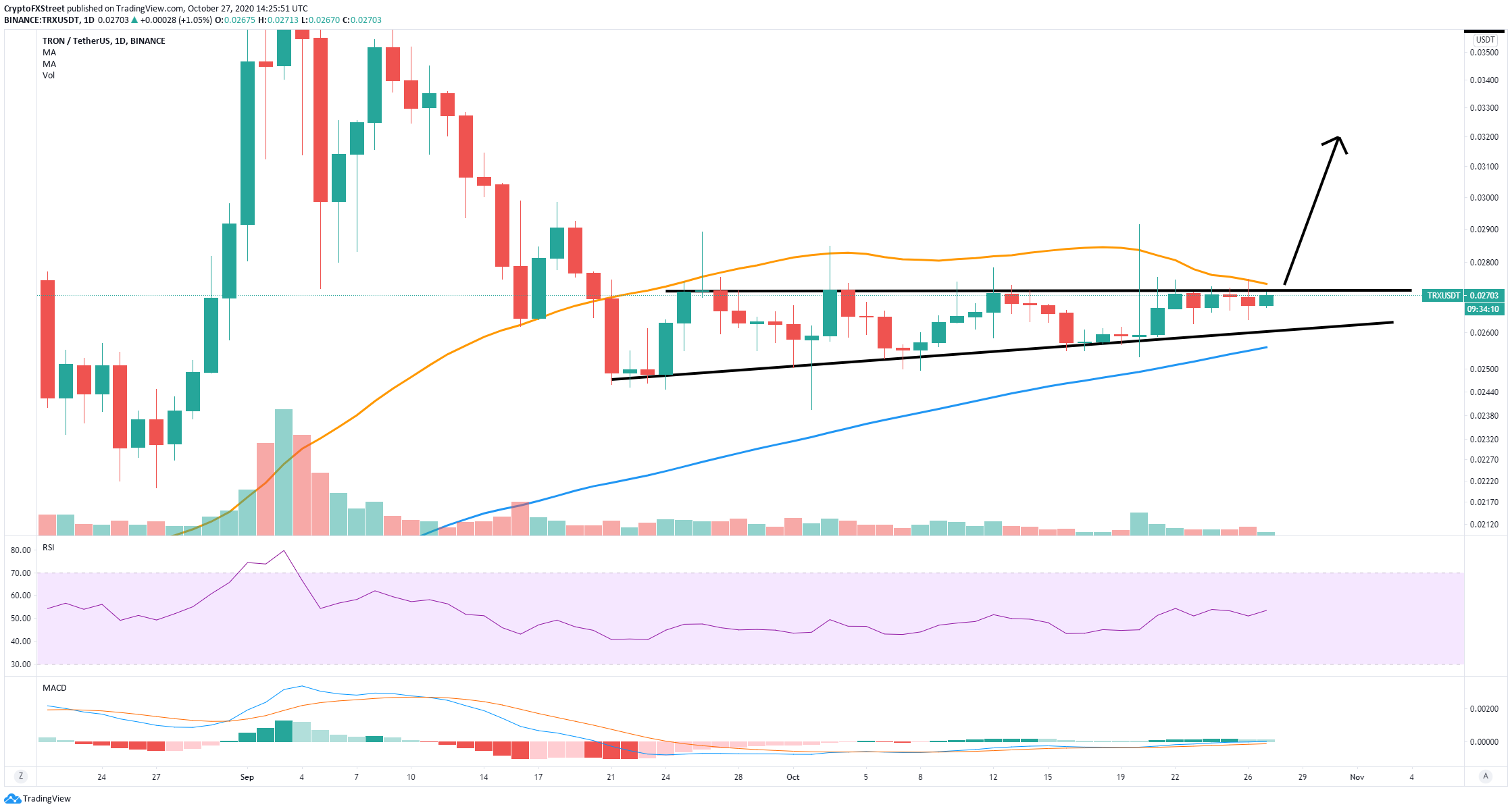 The upper trendline at $0.0272, which coincides with the 50-SMA, is acting as a robust resistance level that bulls need to break. The MACD has remained bullish since October 9 and seems to be gaining some momentum again.

Additionally, the Bollinger Bands are incredibly tight at the moment, with the upper band also acting as resistance. A breakout above the pattern’s upper boundary can drive the price of TRX up to $0.032.

At the same time, another rejection from the critical resistance level at $0.0272 would be a strong sell signal. On the 12-hour chart, the 100-SMA coincides with the upper boundary of the ascending triangle pattern. 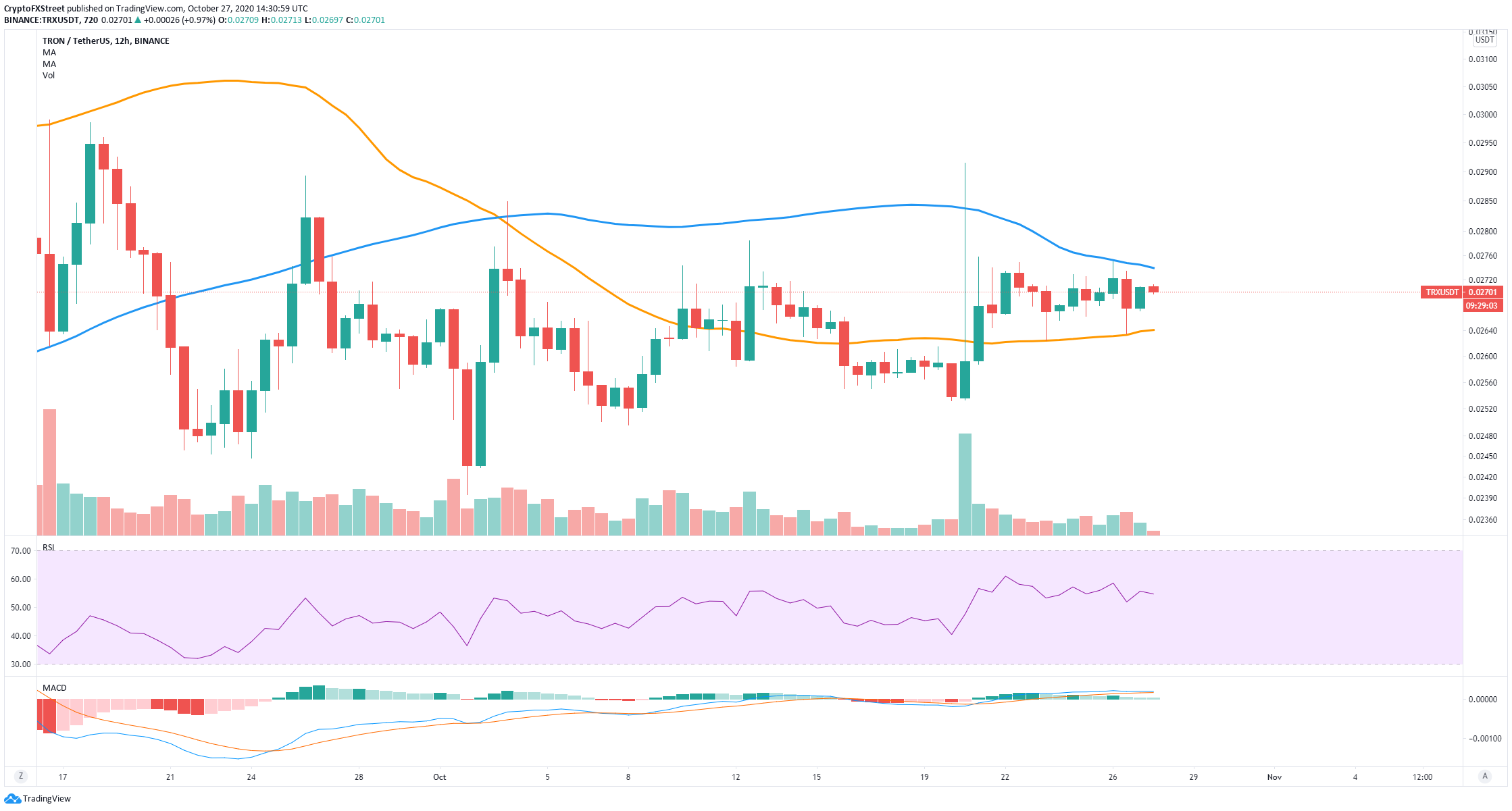 The MACD seems to be on the verge of turning bearish as the price approaches the resistance level. The bearish price target would be $0.026 and as low as $0.021, which is the 100-SMA on the daily chart.

TRX is currently trading at $0.0271 inside an ascending triangle pattern. The latest TRON weekly report is out with some good news for TRX holders. TRON's weekly report is out and talks about the finalization of the TRC-20 shielded contract on the mainnet and a security test for the smart contract on TVM instructions to stake and unstake. Major cryptocurrency exchanges like HBTC and MXC have enabled deposits and withdrawals of the TRON-based BTC token (TRC-20 BTC). Justin Sun also recently announced the acquisition of blockchain streaming platform DLive.  Several indicators show TRX is ready for a significant price move …