On the daily chart, a significant resistance level was established at $0.027 and tested twice on September 26 and October 3. 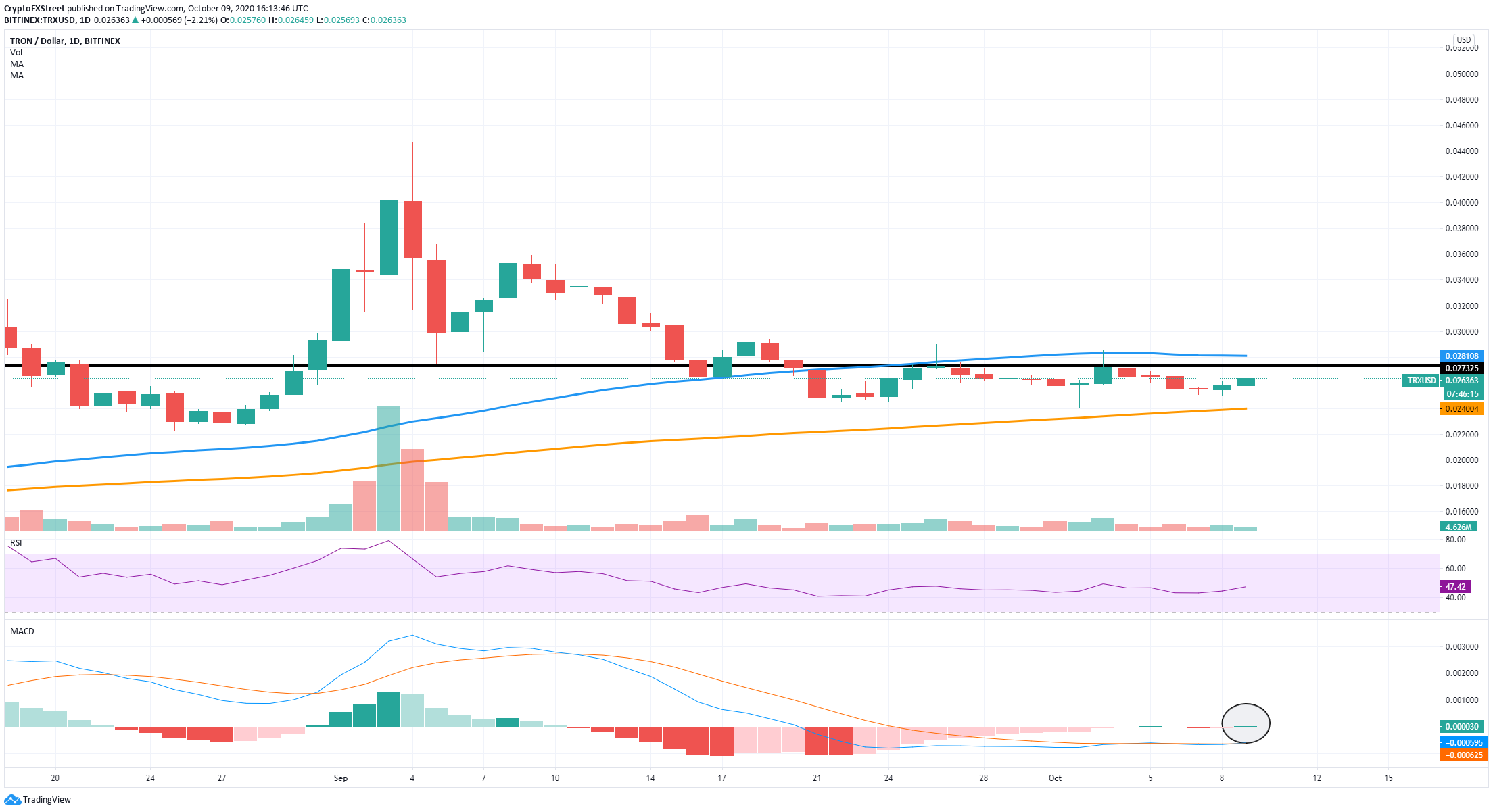 The 50-SMA has also been acting as a strong resistance point, rejecting the price several times in the past. On the other hand, TRX has been able to maintain the 100-SMA as a support level and the MACD just turned bullish, which is usually an indicator of a big move upwards, like it happened back on August 31. 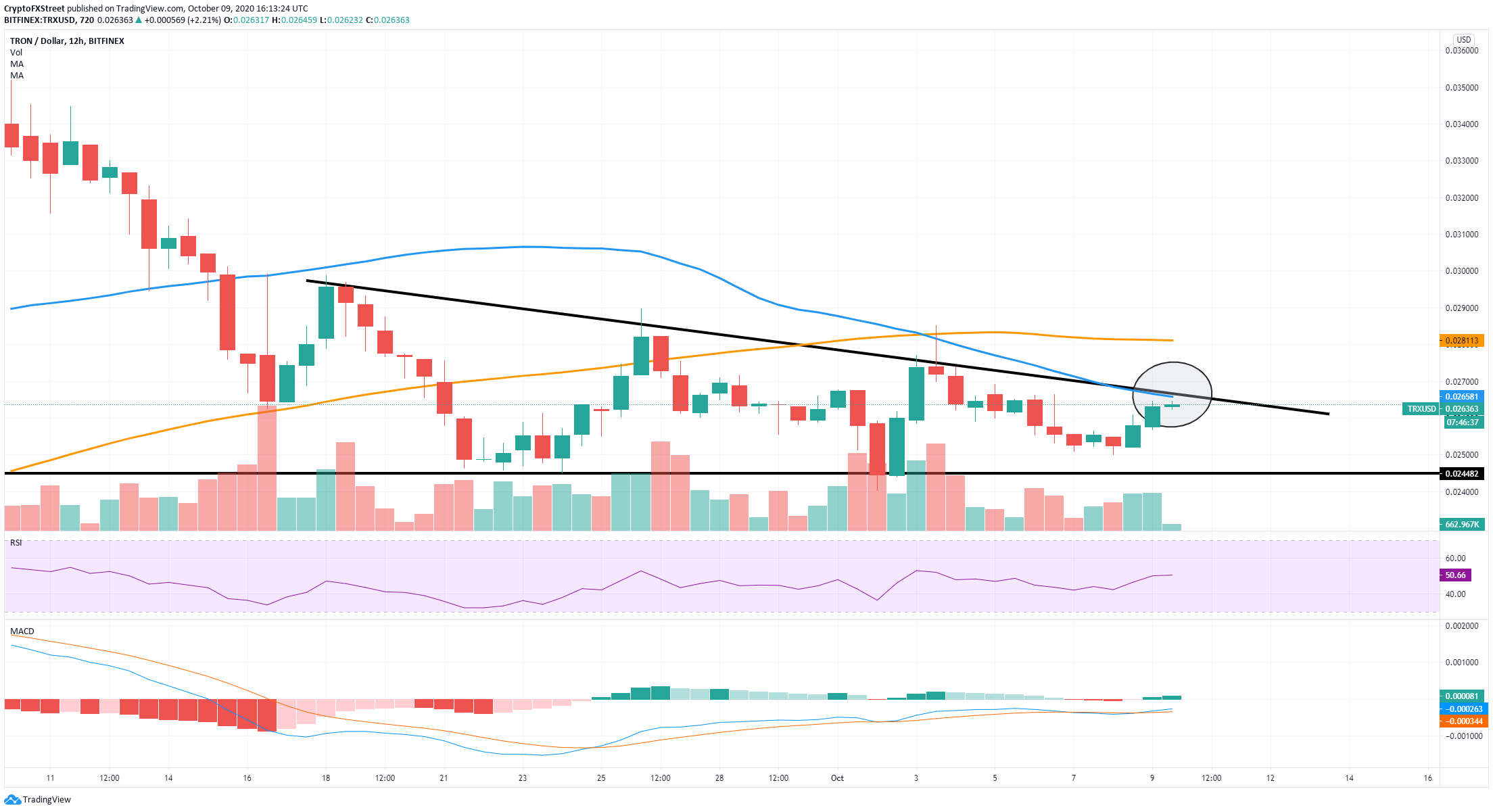 On the 12-hour chart, the price has formed what seems to be a descending triangle pattern, forming a support level at $0.024. The upper boundary of this pattern is currently around $0.026, which coincides with the 50-SMA on the 12-hour chart.

A bullish breakout above both levels would impulse TRX up to at least $0.028 where the 100-SMA currently stands on the 12-hour chart.

However, a rejection from the 50-SMA on the 12-hour chart and the upper trendline of the descending triangle pattern has the potential to drop the price of TRX to at least the support line at $0.024.

Below this support point, the price could fall down to $0.022 if the bearish momentum is strong enough.

GBP/USD climbs to monthly highs above 1.3000 as USD selloff continues

TRX is currently trading at $0.026 after a massive bull rally towards $0.05.  The breakout of a critical pattern will determine the direction of TRX in the short-term. After coming up with its own DeFi project, SUN mining, the price of TRX exploded to $0.05. It is now trading at $0.026. Can TRX crack this critical resistance area? On the daily chart, a significant resistance level was established at $0.027 and tested twice on September 26 and October 3.  TRX/USD daily chart The 50-SMA has also been acting as a strong resistance point, rejecting the price several times in the…