The UK is a fiscal test case that many are watching closely. The economy has ground to a halt over the past nine months but the government is sticking to its plans to rein in the deficit. The borrowing numbers released on Friday show that the deficit is currently on track to meet the targets set out earlier this year.

Looking at public sector net borrowing (ex. interventions on banks), the Office for Budget Responsibility gauges this at GBP 122bln for the current financial year, some 11% lower than the GBP 136.7bln outturn in the 2010/11 financial year. On current trends, the UK is on course to meet this, with the first six months showing an 11% improvement vs. last year. Sterling has held up comparatively well, no doubt gaining some benefit from Europe’s growing problems, but the government still has its work cut out ensuring that borrowing is kept in check against the backdrop of a stagnant economy.

Gold trading less like a safe haven. Gold recovered some lost ground on Friday but this came at the end of a week which saw it move downwards on a daily basis towards the lower end of its recent USD 1,600 to USD 1,700 range. Looking at gold’s relationship with stocks, it appears that gold is trading less as a safe-haven asset of late.   The push to the highs of USD 1,800 and above was accompanied by declining stock markets as investors became concerned with the global economy. These latest moves have been far less inversely correlated with stocks. Previously, there was a sense that part of gold’s appeal was based on the fear of general currency debasement in the facing of rising debt burdens. Now though, with the Bank of England having embarked on a further dose of QE, there is every sense that the mood is shifting. A more synchronised global slowdown will make inflation less likely and that much harder for countries to devalue their way out. Furthermore, the main threats are in the eurozone where there is no central government to engage in currency devaluation. We’ve talked before of how the impact of further QE (be it in US or beyond) will be very different vs. the initial round in 2009 and the pattern we have seen in gold prices is bearing this out.

European disappointment triggers fresh Swissie demand. At those times in the past couple of years when international investors feared that European prevarication risked the whole of the euro project descending into a financial vortex, it is to the Swiss franc that capital flows have invariably flocked. Over the past few days, concern that France and Germany may be unable to bridge their differences on how to resolve Europe’s sovereign debt and banking crisis has triggered a renewed appetite for the supposed safety of the Swiss franc, notwithstanding the SNB’s obvious displeasure. EUR/CHF, which earlier last week was poised not far below 1.25 amidst speculation that the SNB might soon lift its floor from the current 1.20 level, fell back to almost 1.22 on Friday, although this morning it is back near 1.23. Clearly, those who have decided to exchange euros for Swiss francs at these levels feel that there is less risk in the latter than the former given the continuing inability of European leaders to agree a way forward. While understandable, it remains to be seen if this is the right call. The SNB will be furious by this latest gain in its currency, whilst for its part Europe’s leaders are making progress towards resolving some of the key issues, albeit more slowly than the forex markets would like.

Japan also increasingly concerned by currency strength. Japan shares Switzerland’s concerns over the deleterious impact that excessive currency strength represents for its local economy. Its determination this year to thwart the flood of safe-haven flows into its currency has been relentless, if unsuccessful. Back in August, it spent close to USD 60bln in a burst of shock-and-awe that was rapidly absorbed by willing yen-buyers. In March, Japan convinced the G7 to undertake co-ordinated intervention to prevent sudden yen strength in the aftermath of the earthquake and subsequent tsunami. Last month, the MoF announced that the forex-intervention fund’s borrowing capacity would be tripled from just under USD 200bln to USD 600bln. On Friday, the government detailed a fresh package of measures designed to enable companies to cope with the high level of the yen, including USD 6.5bln of subsidies for companies that are prepared to build new factories in Japan and an extra USD 2.6bln of subsidies for energy-saving technology. Unfortunately, yet again, the currency has been unresponsive to these latest measures. 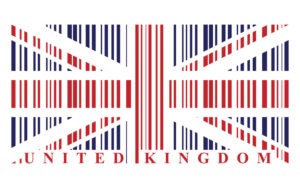 The UK is a fiscal test case that many are watching closely. The economy has ground to a halt over the past nine months but the government is sticking to its plans to rein in the deficit. The borrowing numbers released on Friday show that the deficit is currently on track to meet the targets set out earlier this year. Looking at public sector net borrowing (ex. interventions on banks), the Office for Budget Responsibility gauges this at GBP 122bln for the current financial year, some 11% lower than the GBP 136.7bln outturn in the 2010/11 financial year. On current…