UniSwap is a protocol mainly for trading and automated liquidity facilitation on Ethereum. The platform is among the most popular decentralized finance (DeFi) projects in the cryptocurrency industry. Barely a month ago, UniSwap Protocol was in the spotlight due to the drama that erupted with its fork SushiSwap, as previously reported. However, UniSwap managed to distance itself from the embattled SUSHI token, which saw its value drop drastically from highs around $40 to $1.00. DeFi Pulse currently shows that UniSwap is leading among all the DeFi projects with $1.39 billion in locked funds. 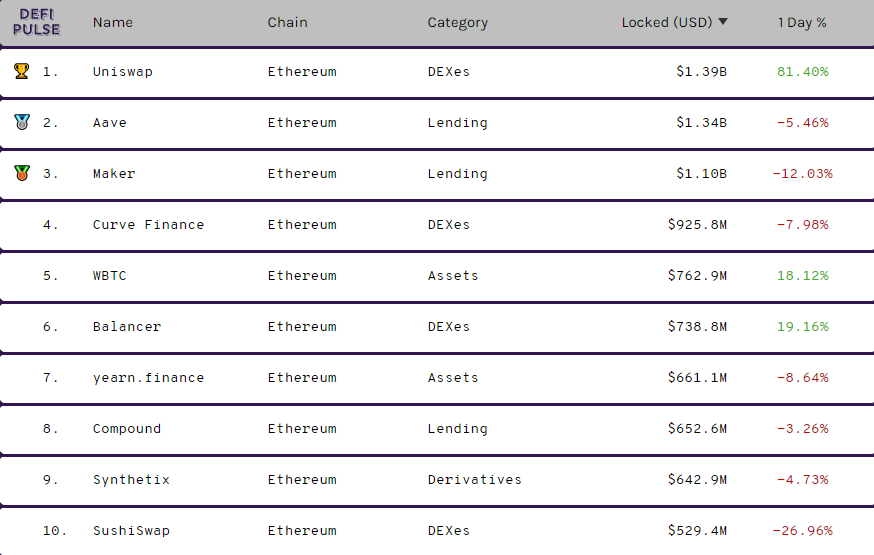 Via a blog post on September 16, UniSwap announced the launch of its own governance token UNI. The liquidity platform said it’s “committed to the ideals of permissionless access, security, and immutability, all indispensable components for a future where anyone in the world can access financial services without fear of discrimination or counterparty risk.” Indeed, UniSwap has grown to become the foundation of DeFi. It has been integrated into many interfaces and applications in the industry in the last two years.

To ensure that the platform’s growth is secured, UniSwap has launched UNI, a token that prioritizes “shares community ownership” with “a vibrant, diverse, and dedicated governance system.” According to UniSwap, the token will serve the purpose of a publicly-owned protocol, but at the same time, protect the inherent autonomous features.

As per the announcement, the UniSwap minted 1 billion UNI tokens. The tokens will be distributed over the next four years but initial allocations are as follows: 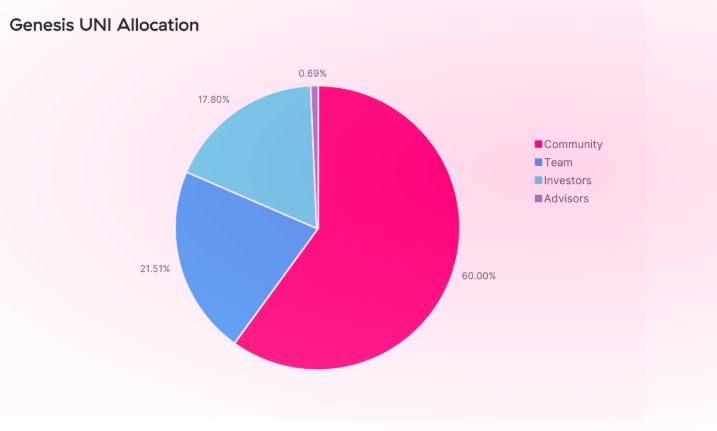 UNI’s launch was met by tremendous support, including the listing on Coinbase just hours after its release. The historical support on Coinbase shocked many considering that some projects wait for months, even years, for the same listing. The listing announcement came on Thursday morning with Coinbase promising to start trading as soon as the token attains sufficient liquidity. UNI will be bought and sold against the US dollar in all Coinbase supported jurisdictions apart from New York.

Other exchanges that also added support for UniSwap’s governance token include Binance, Huobi, OKEX and FTX. Note that FTX is under the leadership of Sam Bankman-Fried, who played a crucial role in mitigating the SushiSwap saga, leading to the $800 million liquidity transfer of SUSHI from UniSwap.

The governance token started trading on Binance slightly under $1.00. However, there has been tremendous growth over the last 24 hours, with the token hitting highs above $5.00. Initially, the price narrowed within a symmetrical triangle pattern.

A breakout that followed saw UNI embark on an upward push, stepping above $5.00. The volume the token is attracting supports the bullish momentum. Therefore, we cannot tell how far this trend will go at the moment. However, we will be on the lookout for retracements, if any.

Coinbase, Binance, Huobi and OKEx list UNI hours after its launch. UniSwap believes that the new token will protect its inherent autonomous features. UniSwap’s UNI token price surges from less than a dollar to highs above $5.00 in less than 24 hours. UniSwap is a protocol mainly for trading and automated liquidity facilitation on Ethereum. The platform is among the most popular decentralized finance (DeFi) projects in the cryptocurrency industry. Barely a month ago, UniSwap Protocol was in the spotlight due to the drama that erupted with its fork SushiSwap, as previously reported. However, UniSwap managed to distance itself from…