After bottoming out in fresh lows near 89.20 earlier in the new year, the dollar managed to regain moderate buying attention and extended the move to the vicinity of 90.70 earlier in the week where it met a tough resistance so far.

Despite the ongoing rebound, the prospect for the greenback remains fragile. Indeed, after a potential brief consolidative period, the index is expected to challenge the 90.00 level and eventually re-test the 2021 lows near 89.20 (January 6th) ahead of the 89.00 yardstick and the March 2018 low at 88.94.

In the longer run, as long as DXY trades below the 200-day SMA, today at 94.55, the negative view is forecast to prevail. 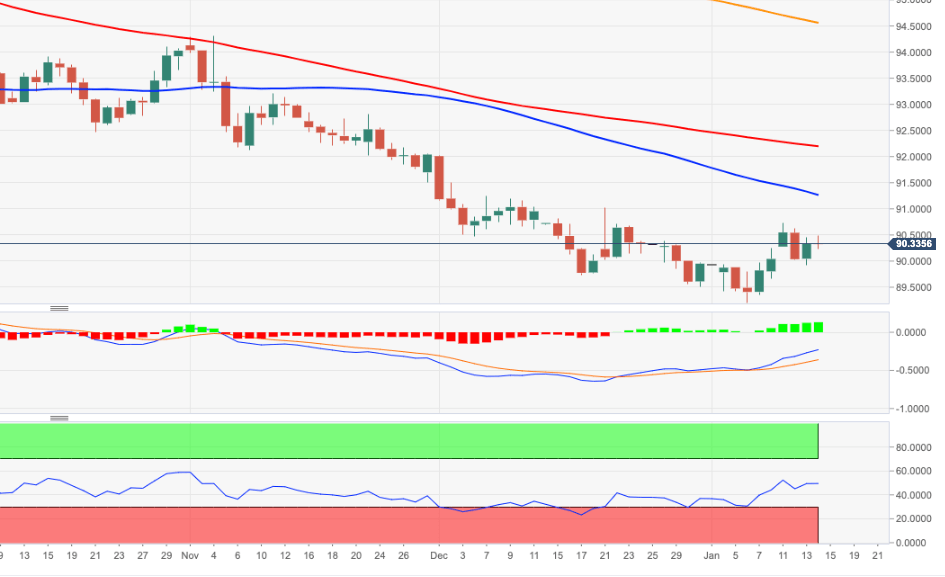 Get the 5 most predictable currency pairs
Previous ArticleEUR/PLN: NBP to protect the 4.50 level – Rabobank
Next Article Germany: GDP dropped by 5% in 2020, economy more resilient than expected – Deutsche Bank