Home » US Dollar Index Technical Analysis: A break below the mid-97.00s should expose 97.26

US Dollar Index Technical Analysis: A break below the mid-97.00s should expose 97.26 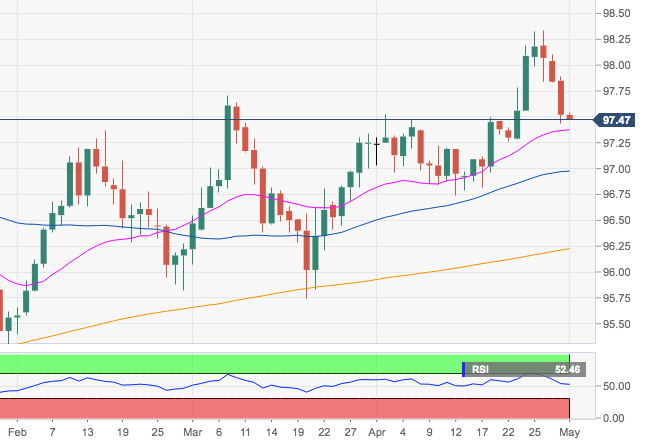 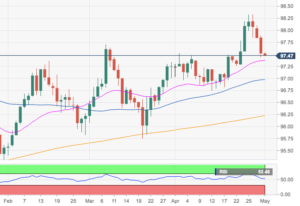 The decline in the greenback appears to have met decent support in the mid-97.00s for the time being, coincident with early April highs. Further south emerges the 21-day SMA at 97.36, which should hold occasional bearish attempt ahead of later April low at 97.26. In the meantime, while above the critical 200-day SMA at 96.17 the outlook on DXY should remain constructive. DXY daily chart