Home » US Dollar Index Technical Analysis: Near term downside should hold near the 21-day SMA at 97.42

US Dollar Index Technical Analysis: Near term downside should hold near the 21-day SMA at 97.42 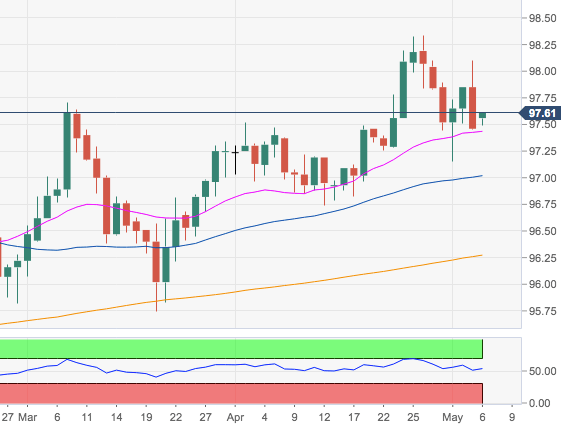 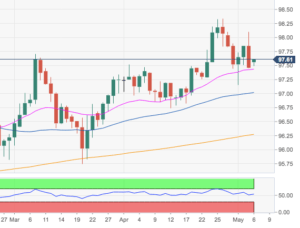 The greenback is attempting to recover ground lost as of late amidst a broader sideline theme supported so far by the 21-day SMA in the 97.40 region. Immediate to the downside emerges the 55-day SMA, which is expected to hold the initial test ahead of April low at 96.75. In the meantime, the constructive outlook stays unchnaged while above the critical 200-day SMA at 96.22. DXY daily chart