Bitcoin could suffer the most from some US congressmen’s recent initiative to make it unlawful for any company or individual to issue stablecoins without federal approval.

If Tether goes down, it will take Bitcoin with it

A new legislative piece dubbed the ‘Stablecoin Tethering and Bank Licensing Enforcement’ (STABLE) Act, has been presented at the US Congress to regulate the issuance of stablecoins. The new bill requires companies and/or individuals to gain approval from the Federal Reserve Bank, the Federal Deposit Insurance Corporation (FDIC), and other relevant banking bodies to be able to create such digital assets.

The proposed Act aims to protect US consumers from cryptocurrency scams, fraudulent activities, and other risks associated with stablecoins.

“It shall be unlawful for any person to issue a stablecoin or stablecoin-related product, to provide any stablecoin-related service, or otherwise engage in any stablecoin-related commercial activity, including activity involving stablecoins issued by other persons, without obtaining written approval in advance, and on an ongoing basis, from the appropriate Federal banking agency, the Corporation, and the Board of Governors of the Federal Reserve System,” reads the STABLE Act.

Representative Stephen Lynch, who is one of the three proposers of this bill, said that allowing a version of the US dollar currency to be created by a private entity was unacceptable.

According to Alex Saunders, CEO, and founder of Nuggets News, if this new Act is approved, the cryptocurrency market may take a hit as it leaves Tether (USDT) stuck in regulatory limbo.

On the brighter side, Circle’s USD Coin (USDC) recently partnered with payment processor giant Visa. The collaboration aims to facilitate transactions between over 60 million merchants by allowing them to spend a balance of USDC.

Although USDC is seven times smaller than Tether in terms of market capitalization, the partnership may lessen the effect that the STABLE Act may have on the cryptocurrency industry.

High-net-worth investors remain confident in Bitcoin despite the recent developments.

For instance, former Goldman Sachs’ fund manager, Raoul Pal, recently placed a massive bet on the flagship cryptocurrency. Pal, who has always been vocal about his position on digital currencies, said he would liquidate his gold position, moving 98% of his portfolio into Bitcoin and Ethereum.

The CEO and co-founder of Real Vision does not stand alone in his bullish stance as prominent on-chain analyst Willy Woo maintains that a $200,000 Bitcoin by the end of 2021 is very “conservative.”

Woo also noted that the depleting number of BTC held on spot exchanges could be one of the main catalysts for the next parabolic advance. 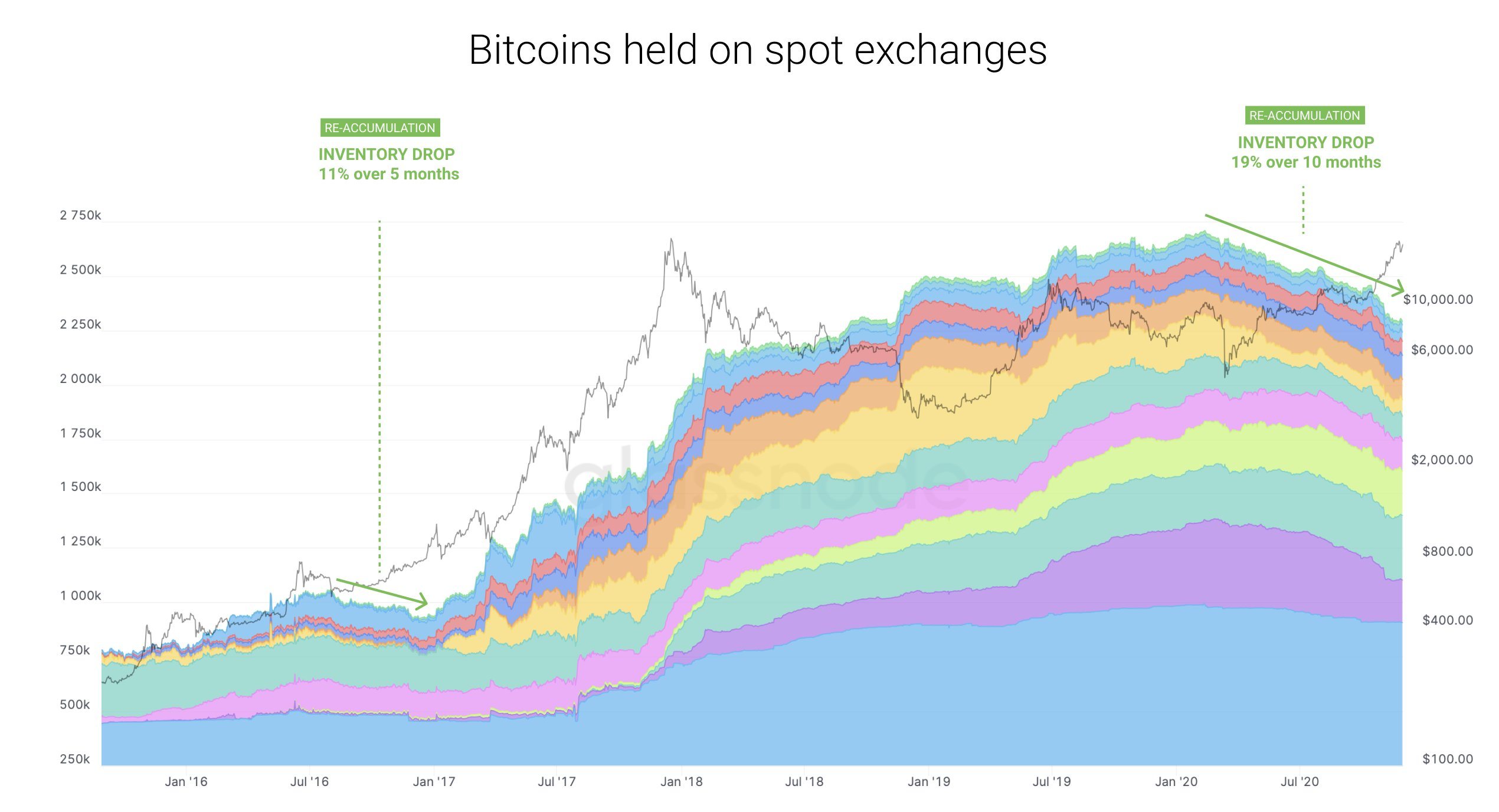 Even though the overall cryptocurrency market sentiment hovers around record levels of “extreme greed,” more notable investors are pouring in as they look to protect their capital from the impact of the pandemic on the global economy.

Bitcoin price might be gearing up for a correction as US regulators look to release a legislative bill to regulate stablecoin issuers. Notable investors seem undeterred as they increase their stakes in BTC. Bitcoin could suffer the most from some US congressmen's recent initiative to make it unlawful for any company or individual to issue stablecoins without federal approval. If Tether goes down, it will take Bitcoin with it A new legislative piece dubbed the 'Stablecoin Tethering and Bank Licensing Enforcement' (STABLE) Act, has been presented at the US Congress to regulate the issuance of stablecoins. The new bill requires companies…