The USD/CAD pair retreated nearly 70 pips from over one-week tops and refreshed daily lows, around the 1.2715 region during the mid-European session.

From a technical perspective, the pair continued with its struggle to capitalize on the move beyond the 200-period SMA on the 4-hourly chart. The mentioned hurdle coincides with a downward sloping trend-line, which constitutes the formation of a falling wedge on short-term charts.

Meanwhile, oscillators on the daily chart – though have been recovering from the negative territory – are yet to confirm bullish set-up. This makes it prudent to wait for a sustained move beyond the wedge resistance, currently near the 1.2760 region, before placing fresh bullish bets.

A convincing breakthrough will suggest that the USD/CAD pair has bottomed out in the near-term and set the stage for some meaningful recovery. The momentum could then get extended towards the 1.2800 round-figure mark en-route monthly swing highs, around the 1.2835 resistance zone.

Failure to defend the mentioned support levels will negate the constructive outlook and turn the pair vulnerable to prolong its recent bearish trend. Bears might then aim intermediate support near the 1.2535 region before the USD/CAD pair eventually drops to the key 1.2500 psychological mark. 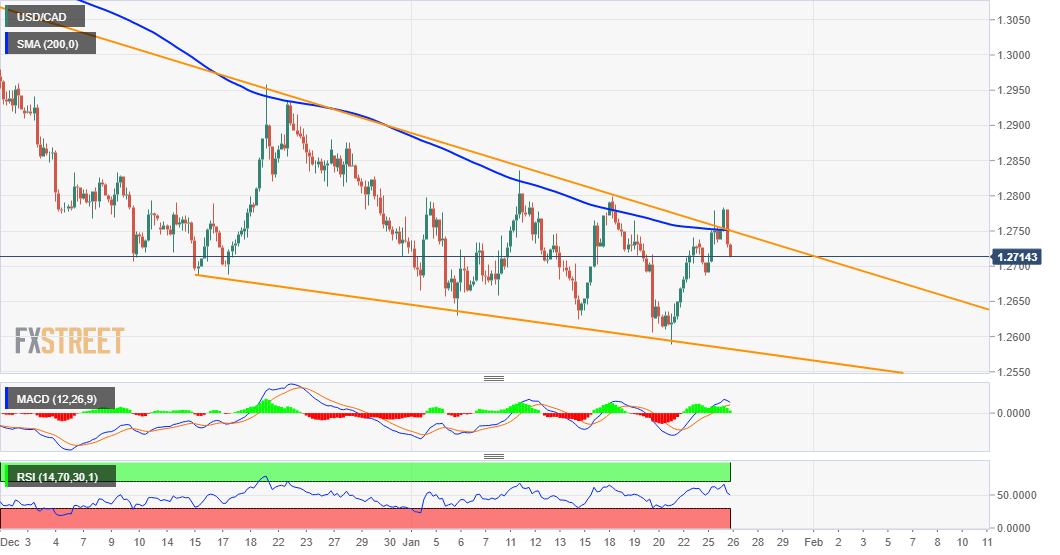 Get the 5 most predictable currency pairs
Previous ArticleGermany’s Merkel: Will lobby for strengthening of WTO
Next Article AUD/USD rises above 0.7730 amid renewed USD weakness