The  EUR/USD  has erased its recovery and settled at the somewhat lower ground amid growing trade tensions. Where is it heading next?

Should the pair give in to pressure and fall, the next substantial confluence of support is at  1.1704  which is the confluence of the Fibonacci 38.2% one-week, the Pivot Point one-day Support 1, and the Bolinger Band 1h-Lower.

Even higher,  1.1860  remains a target as the meeting point between the Pivot Point one-month Resistance 1 and the one-month high. 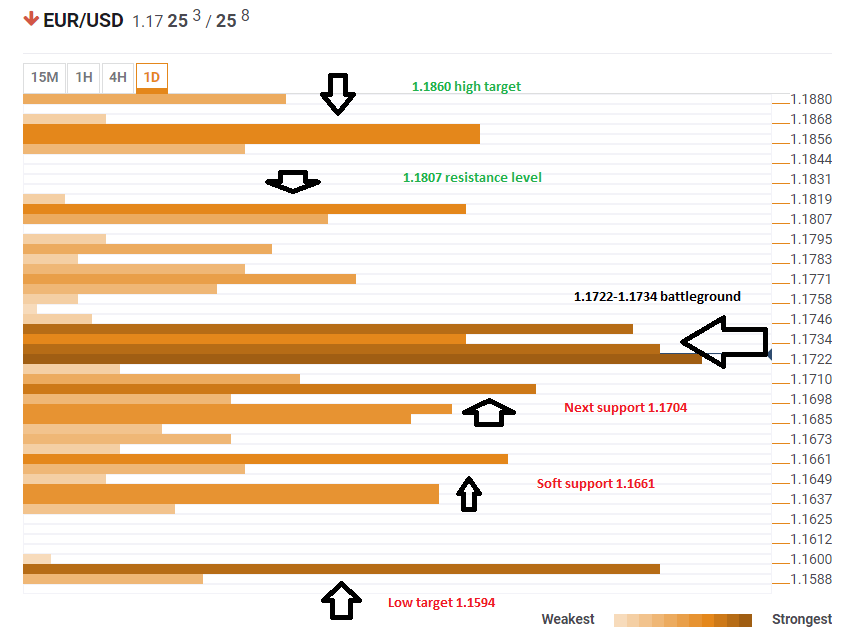 This tool assigns a certain amount of “weight” to each indicator, and this “weight” can influence  adjacents  price levels. These weightings mean that one  price level without any indicator  or moving average but under the influence of two “strongly weighted” levels accumulate more resistance than their neighbors. In these cases, the tool signals resistance in apparently empty areas. 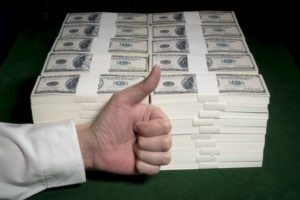 The  EUR/USD  has erased its recovery and settled at the somewhat lower ground amid growing trade tensions. Where is it heading next? The  Technical Confluences Indicator  shows that the pair is battling the  1.1722 - 1.1734  area where it is hugged by a congestion of many levels. These include the Simple Moving Average 5-one-day, the Fibonacci 38.2% one-day, the Fibonacci 61.8%, the Bolinger Band 15m-Lower, the Fibonacci 23.6% one-week, the SMA 515m, and the SMA 5-4h. Should the pair give in to pressure and fall, the next substantial confluence of support is at  1.1704  which is the confluence of the…