Latest
You are at:Home»FXStreet News»USD/JPY has more room to rise after the recent advance – Confluence Detector

USD/JPY has risen as the US and China reached a trade truce. Can it continue higher? The technical levels show that the path of least resistance is to the upside.

The Technical Confluences Indicator is showing that USD/JPY has significant support at 107.93, which is the convergence of the Fibonacci 38.2% one-week, the Simple Moving Average 100-1h, the SMA 5-one-day, and the Fibonacci 23.6% one-month. 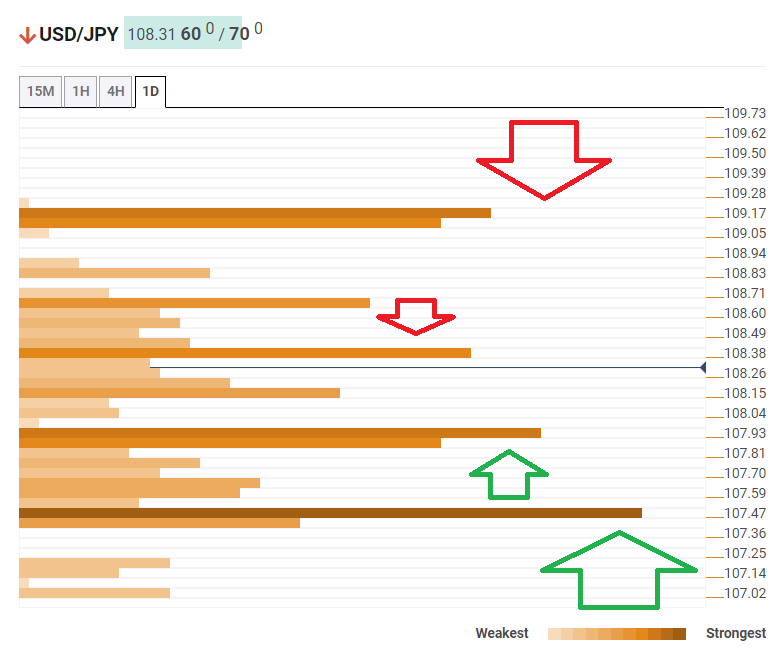