A good deal or only a prolonged trade truce? Investors are still trying to parse through the Sino-American trade agreement and assess the prospects for the next steps. The mood remains positive, but USD/JPY seems to have reached its limits. Japan is in the spotlight for a change as US data takes a step back.

President Donald Trump and Chinese Vice Premier Liu He finally signed Phase One of the trade deal in a grandiose ceremony. Beijing committed to buying considerable amounts of American goods but wants to see “competitive prices”  – that could make implementation and enforcement tricky.

On the upside, Washington has brought China to promise to remove requirements for technology transfer, improve intellectual property protections, and eliminate ownership restrictions.

The Chinese media has echoed Trump’s upbeat sentiment on the accord, but both sides seem to disagree on the path forward. While US Vice President Mike Pence said initial discussions about Phase Two are underway, China’s He said it would be “unwise” to rush into new talks.

Overall, markets are content with the relative calm  but wary, this could be a truce. USD/JPY topped 110 and hit eight-month highs, but fell back below the round level later on.

US data has been satisfactory, with the Consumer Price Index rising to 2.3% and Core CPI holding onto that level. Retail Sales figures beat expectations with substantial rises. The all-important Control  Group rose by 0.5% in the last month of 2019.

Federal Reserve officials have reaffirmed the bank’s content with current monetary policy, and benign inflation means there is no urge to act in either way.

Iran kept fading away from global interest. While European countries announced new sanctions, the military calm in Iraq and elsewhere in the region initially weighed on the safe-haven yen and later disappeared from traders’ radars.

Investors will likely continue pondering on the next stages in Sino-American talks. China is set to enhance its purchases of American goods, and the US will be watching. This process may take some time, but markets will watch any indication about the implementation.

Comments about Phase Two and what it includes will also be eyed, especially on topics such as intellectual property.

The US economic calendar is light after several top-tier releases. Existing Home Sales for December are projected to remain steady at around 5.35 million in November. The housing sector has been robust of late.

On Friday, Markit’s preliminary Purchasing Managers’ Indexes for January are of interest. Contrary to ISM’s figures – that show a gap between struggling manufacturing and a strong services sector – Markit’s statistics point to slow growth across the economy. Both data are set to hold onto the 50 level – moderately above the 50-point threshold that separates expansion from contraction.

The Japanese yen remains a magnet for safe-haven flows – yet it suffers from fierce competition from gold. Concerns about the trade deal may push it higher.

The Bank of Japan’s first rate decision of 2020 is the main event of the week. The BOJ is grappling with poor inflation figures. Despite Governor Haruhiko Kuroda’s efforts, the 2% target remains elusive. The Tokyo-based institution has maintained a negative -0.1% borrowing cost for several years and keeps buying bonds to suppress long-term rates.

While the bank has opened the door to further rate cuts, it fears that such a move would hurt the already-meager bank profits. Nevertheless, Kuroda and his colleagues will likely continue pledging low or lower rates for as much as necessary.

The BOJ has less urgency to act after the yen’s recent decline. Yet without leaving the door open to further stimulus, the currency may gain ground. Overall, no change in policy is likely.

Apart from the rate decision, the bank also releases the meeting minutes from previous deliberations, but the newer statements will likely have more impact on USD/JPY.

Other noteworthy events on the calendar include industrial output figures for November, which are forecast to show an ongoing slump in the manufacturing sector, and trade statistics for December. Inflation figures at the national level for December are unlikely to move markets as they are released after the Tokyo region has already published its data.

Dollar/yen has been advancing in a broad channel since the summer of 2019 but while the rise was gradual during most of this period, the bounce from the lows early this year was rapid – and the pair is on the verge of stepping into overbought territory.

The Relative Strength Index on the daily chart is close to 70. A move above that line implies a downside correction.

Other indicators are positive – momentum remains to the upside and USD/JPY is trading above the 50, 100, and 200-day Simple Moving Averages.

After enjoying significant gains, dollar/yen may correct to the downside. The BOJ’s lack of action may serve as one trigger, and concerns about the implementation of the US-Sino deal could be another one.

The FX Poll  is pointing to moderate gains in the short term but to falls below the 110 level afterward. The average one-week target has been upgraded but the one-month and three-month objectives are mostly unchanged. It seems that many experts are unconviced. 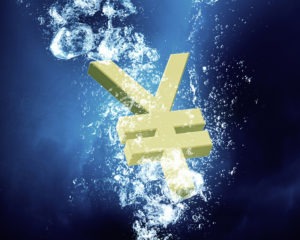 USD/JPY's has cautiously advanced above 110 amid trade headlines. The BOJ's rate decision, US housing, and PMIs are set to move markets. Mid-January's chart is painting a bullish picture.   The FX Poll is pointing to falls in the medium and long terms. A good deal or only a prolonged trade truce? Investors are still trying to parse through the Sino-American trade agreement and assess the prospects for the next steps. The mood remains positive, but USD/JPY seems to have reached its limits. Japan is in the spotlight for a change as US data takes a step back. This week…