Latest
You are at:Home»Crypto News»VeChain price could go all the way

VeChain (VET) price has exploded higher this week, but based on current projections, VET could rally a further 26% before reaching a point of exhaustion. Critical to the race to $0.166 is an expansion in underlying volume.

VeChain price has only five negative weeks since the November low

The VET technical story since 2020 has provided traders several timely entry points beginning with the double bottom in mid-2020 and then the cup-with-handle breakout in late 2020. The most recent opportunity was the price contraction of the previous two weeks in the form of two doji candlesticks.

Has the bullish sentiment surrounding VET reached a peak? According to the latest data from Santiment, positive Twitter sentiment had a massive spike on April 4, the day before the breakout above the 361.8% Fibonacci extension of the 2018-2020 bear market.

Twitter is often belittled as a retail investor platform, but it is populated by many institutional investors. Of course, traders should not base their speculation on one sentiment indicator. Still, it shows that the price strength is being watched closely.

To be generous to the long-term traders and to have a little fun, the cup-with-handle measured move target is $0.373, representing a 183% gain from the current price. 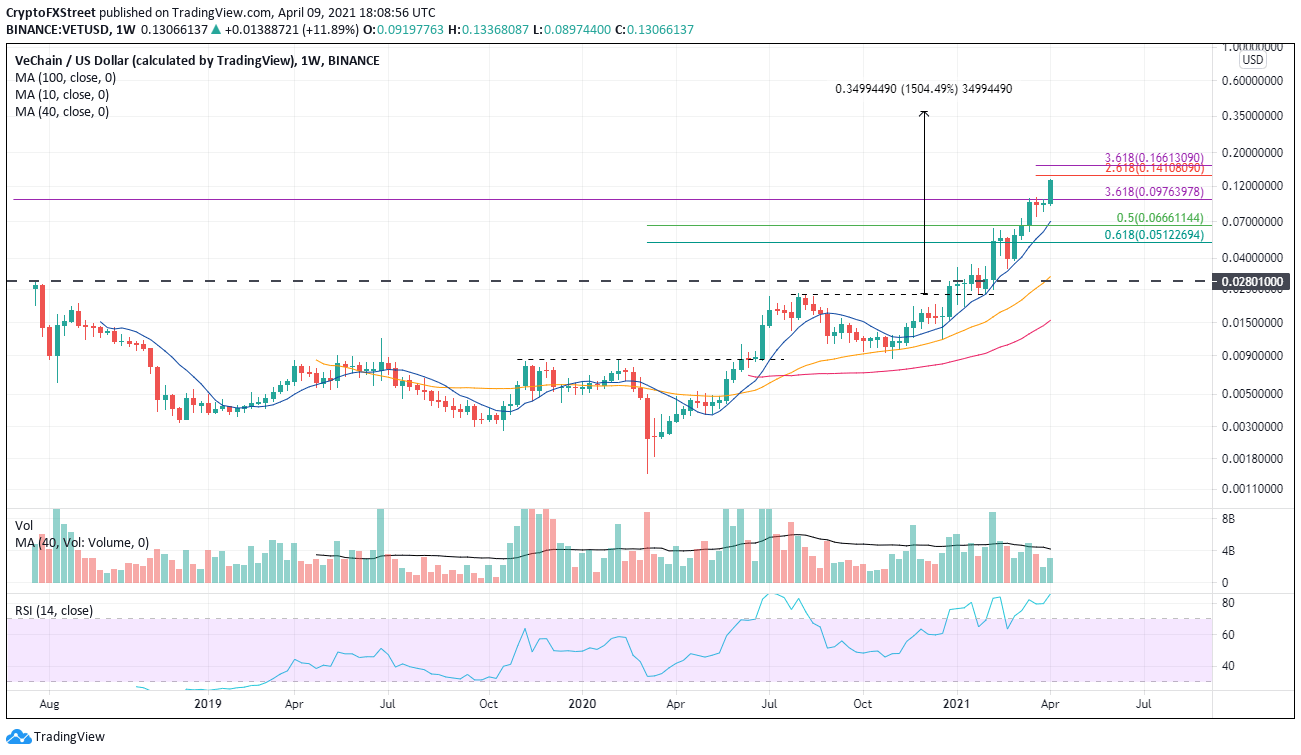 In light of the extreme social media sentiment and the extreme overbought condition on the weekly chart, traders need to watch the March high at $0.100. The next credible support is the confluence of the 10-week simple moving average (SMA) at $0.070 with the 50% retracement level of the rally off the 2020 lows at $0.051.

Get the 5 most predictable currency pairs
Previous ArticleGBP/USD consolidating above 1.3700 with markets in weekend mode already
Next Article Wall Street Close: Another day, another record close for the S&P 500 as Fed eases inflation worries