The upcoming week will be important for market participants, with both the Bank of Canada and European Central Bank making policy decisions towards the end of the week, while investors continue to decipher the intricacies of the US labour market report that was released last Friday.   The non-farm payrolls report from Friday confirmed our view that slack continues to be absorbed in the labour market, though investors looked through the larger than expected headline creation of jobs, and instead focused on the ancillary indicators of average workweek hours and weekly earnings.   The positives in the February report were that the headline number crushed estimates coming in with 242k new jobs added, while January was revised higher to 172k, with the U-6 underemployment measure dropping from 9.9% to 9.7%, while labour force participation increased from 62.7% to 62.9%.   The negatives from the report on Friday were that average workweek hours fell 0.2 hours, while average earnings dropped by 0.1%, missing estimates of the 0.2% increase that had been expected.   The optics of the February labour report are almost the exact opposite of the January numbers, though taken together it appears as if the labour market in United States remains stable, with slack continuing to be absorbed.   Though the American buck did weaken post payroll data, the labour market will likely help ease the Fed’s concerns that the tightening of global financial conditions are in the process of derailing the American economy.   While Friday’s labour market data will unlikely shift expectations for any movement out of the Fed at their monetary policy meeting later this month, the market has begun pricing in a greater chance of a Fed rate hike this year.   Just like we felt the Fed thinking that four rate hikes in 2016 was a little optimistic, we continue to believe that market positioning of no rate hikes in 2016 is too pessimistic.   The DXY index took a breather after Friday’s jobs numbers, but we would expect that we see further upward momentum in the dollar index as market participants move forward their expectations and continue to put a greater probability of an interest rate increase at the June meeting.

The Canadian dollar ended last week at its best levels against its American counterpart since late November 2015.   At the time front-month WTI was trading in the mid-$40s, while on Friday is closed just shy of the $36 figure.   There have been a number of factors for the rapid appreciation of the loonie, and it’s no secret that this has been a painful period for corporate hedgers short CAD.   The challenge for USDCAD traders has been the inability to rely on traditional correlations, especially when it comes to oil prices.   Over the month of February, as oil prices were stabilizing (but not moving higher) the CAD was rallying on the basis that interest rate expectations in the US were plummeting, and the American buck was taking it on the chin; these factors pushed the rolling 30-day correlation between the CAD and oil into negative territory.   From late February to early March while the USD has been rallying, the loonie has been shrugging of the firms of interest rates in the US which has led to a widening of spreads over CDN denominated debt, and instead investors are focusing on the rally in oil, which has driven the rolling 30-day correlation back to 0.85.   The takeaway for corporate hedgers is that the monetary policy environment will be conducive to events and timeframes where traditional correlations break or diverge, and as such, will likely to lead to prolonged periods of heightened two-way volatility.   That being said, 2-year yield spreads between US and Canadian debt have more or less driven currency movement for the pair over the last twelve months on a longer-term basis, and thus would expect the current divergence between the spread and spot to ultimately resolve with USDCAD bouncing to the upside.   While we have been in the camp the loonie rally is into overextended territory given the circumstances driving this rally, we do acknowledge that momentum from a painful flush of CAD shorts, along with a continuation of a short-covering rally in oil could do more damage to USDCAD in the short-term.   The Bank of Canada is set to meet on Wednesday, and at the moment participants are only forecasting a 10% chance the overnight lending rate is reduced by 25bps.   While we do agree the most likely possibility is for the Bank of Canada to remain on hold until after the Federal Government tables their budget at the end of the month, we would highlight that Poloz’s track record should place a higher probability on the potential for an interest rate cut.   Make sure to speak to your dealing teams pre-BoC announcement, as those corporates who are long USD could see things become more painful if the recent bounce in oil prices makes Poloz conjure up a more positive interest rate statement and outlook for future monetary policy.

Another central bank in the hot seat this week is the European Central Bank, with market participants expecting Mario Draghi to make monetary policy more accommodative by both reducing the deposit rate on excess reserves from -0.30% to -0.40% along with expanding the central bank’s asset purchase programme from â‚¬60bln to â‚¬70bln per month.   Most corporates with exposure to the euro will remember the dramatic short-covering rally that emerged in December of last year when the ECB disappointed markets with their lack of stimulus; however, we would opine that this time conditions are somewhat different.   Ahead of the ECB’s announcement in December, EURUSD was pushed down over 8% leading up to the announcement, but since Draghi hinted back in early February the ECB would have to revisit monetary policy at the March meeting, the euro has only come off by a little over 3% against the greenback.   We would assume that after being burned in December market participants have become skeptical about Draghi’s influence towards the rest of the board members, and question his ability to follow through on his rhetoric. However, the takeaway is that given market positioning and sentiment, there is a good amount of downside risk for EURUSD still lingering if Mario Draghi and the ECB make a point of not disappointing, and providing the market with a package of amendments that materially deviates to the upside from what is currently expected.

ECB March Decision – All the updates 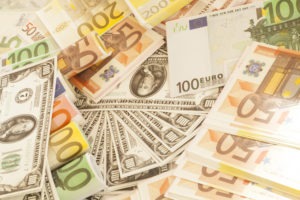 The upcoming week will be important for market participants, with both the Bank of Canada and European Central Bank making policy decisions towards the end of the week, while investors continue to decipher the intricacies of the US labour market report that was released last Friday.   The non-farm payrolls report from Friday confirmed our view that slack continues to be absorbed in the labour market, though investors looked through the larger than expected headline creation of jobs, and instead focused on the ancillary indicators of average workweek hours and weekly earnings.   The positives in the February report were…

Saqib Iqbal7 years
Scroll Up
We use cookies to ensure that we give you the best experience on our website. If you continue to use this site we will assume that you are happy with it.Ok