Home » Walking On The Moon

Walking On The Moon

I remember taking off a t-shirt and throwing it across the room in anger and frustration in 2009. It seems quite funny now! Thinking about trading I can see why many people fail. If you were born into a regular home with a regular upbringing then believe it or not you are at a disadvantage. Trying to operate in a trading environment and in a way that ordinarily brings success, a new trader will find himself in a constant state of anxiety, frustration and even fear.

It is funny because trading looks fairly simple on the face of it. However a trader’s frustration will continue until they acknowledge the simple fact that they are operating in a different environment. They must stop using methods that only work in the “normal” environment. Astronauts on the moon at least had the rocket ship, the training and the hopes of a nation to persuade them that they were entering into a different environment. However for a trader who still wakes up in the same bed and can walk around in his familiar physical environment, the only discernable clues that something is different is the different outcome.

You see old habits die hard and sometimes a new belief system can only be entertained after a trading disaster and a thorough mental reality check, which often coincides with a trading account being cleaned out too. Most of us have boundaries where our lives are sort of predictable, and we go about the same tasks each day with little or no change and then sleep and wake up to another largely predictable day. Markets on the other hand are never ending and always changing. To borrow a well-worn phrase “Money Never Sleeps”. They are in constant motion and from the perspective of a new trader, almost without structure too. Each trading day is loaded with unlimited potential for profit and the effect is powerful. It can destroy a trader’s sense of security by forcing him in real time to confront reality. “The market is moving against me, I need to take a loss, but I can’t take another loss because I want to be a winner, so if I just stick with it like I did with other achievements in my life..” Where this need to win combined with old fashioned perseverance meets the fear of financial ruin, you will see a trader pacing up and down in the dark at night or getting into a car a driving far away, in order not to see the market prices changing. The need to face reality is being fought hard by other values that usually work in all other aspects of life. Sticking with it, not giving up etc.

In ordinary society time and effort are often associated with reward. “The harder I work the luckier I get” says the successful entrepreneur with a wink. Other jobs will offer a fixed salary which the worker will get irrespective of effort, the worker just needs to show up! In contrast the trading environment is not certain. Effort can be irrelevant and certainly there is no relationship between how many hours I looked at the screen and the amount of money I made, so sometimes even turning up to work doesn’t help. A trader can click a button just before non-farm payrolls and within seconds have his wildest dreams come true. Believe it or not even this can be a problem if the individual concerned was raised to think about money as a reward for effort. A sudden windfall may even conflict with their sense of religion. He may not say “I don’t deserve this” but through his subsequent trades he will find a way to “give the money back”.

So is it all doom and gloom? To perform in any activity whether it is a physical activity like a triathlon or a mental activity like trading forex you will need to learn specialised skills that allow us to see the environment for what it is, and operate effectively within it. Beyond how to click on the buy or sell button we also need to learn ways of thinking that allow us to excel in the activity. These thinking skills can be for example learning how to recognise the errors in your trading, and address the lack of skill rather than the money itself which is simply the bi-product of the skill. If you risk 10% on each trade then addressing that position sizing or wide stop error rather than thinking about the money itself may be a way to master the technique. Learning how to achieve and maintain a state of objectivity is a powerful skill imitated by many and mastered by few. Can you adapt your thinking when the evidence tells you that something is different? This is not so much a trading system as it is a way to interface with the market including any trading system that you may follow. It is a way to psychologically interface with the market so that even if your trading system is no longer working you will have the psychological ability to see it and act effectively. Think differently. You are in zero gravity. 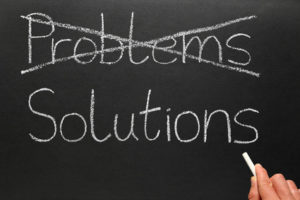 3 ways to use moving averages

I remember taking off a t-shirt and throwing it across the room in anger and frustration in 2009. It seems quite funny now! Thinking about trading I can see why many people fail. If you were born into a regular home with a regular upbringing then believe it or not you are at a disadvantage. Trying to operate in a trading environment and in a way that ordinarily brings success, a new trader will find himself in a constant state of anxiety, frustration and even fear. It is funny because trading looks fairly simple on the face of it. However…