Latest
You are at:Home»Daily Look»Where next for GBP/USD after the Brexit bump? Levels

GBP/USD has jumped above 1.2200 after European leaders showed flexibility regarding the controversial Irish backstop in the Brexit accord.  What technical levels should we watch?

The Technical Confluences Indicator is showing that resistance awaits at 1.2261, which is the convergence of the Bollinger Band 4h-Upper and the Fibonacci 23.6% one-month.

It is followed closely by 1.2280, where we see the meeting point of the Pivot Point one-week Resistance 2 and the Simple Moving Average 200-4h.

Looking down, support awaits at 1.2178, where the confluence of the SMA 200-15m, the SMA 50-1h, and the previous weekly high awaits the currency pair. 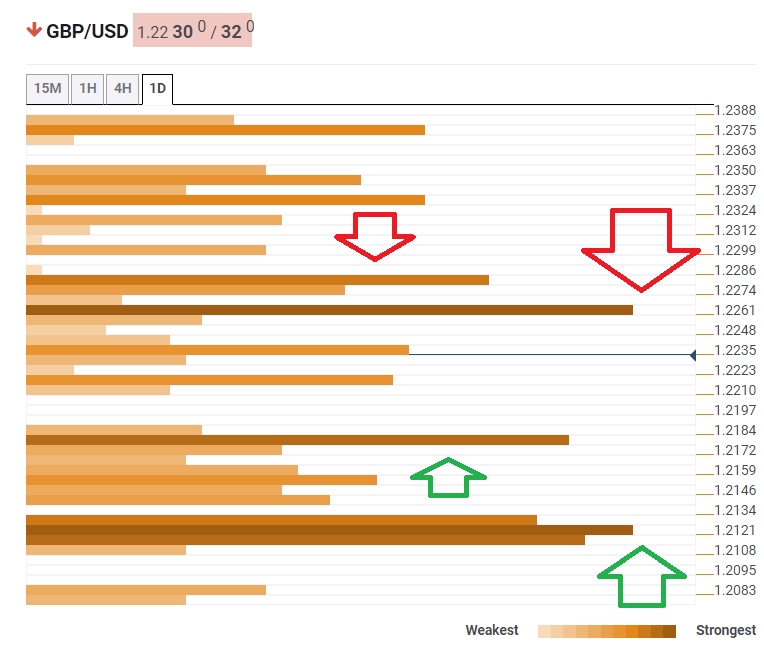