Why You Need To Change How You Think About Forex Trading

Why You Need To Change How You Think About Trading

Improve Your Trading by Knowing this One Fact

I get a lot of emails from traders asking me various trading-related questions. Upon reading these emails, probably about 95% of the time I can tell that the trader emailing me is not even aware of the real problem that’s holding them back from making money in the markets. You see, the real problem that most people have with trading is that they simply think about it incorrectly. They come into the markets with dollar signs in their eyes and freedom fairies dancing in their heads. However, the reality of trading is that it is perhaps a more difficult way of making money consistently than almost any other profession in the world.

For example, when you go to work in the morning at your 9 to 5 ‘normal’ job, you know how much you will get paid at the end of the week or month, generally speaking. In trading, you NEVER know for sure how much money you will make at week’s or month’s end, because the NATURE of trading is that you get rewarding randomly, even whilst following your trading edge consistently. That’s because, every edge in the market has a random distribution of winners and losers, even if the win rate on your edge is 70%, you still do not know WHICH trades will be the 70% and which will be the 30%, that’s what I mean by ‘random distribution’. This idea of randomly distributed winners and losers is something that most traders simply do not understand or are unaware of, but it is a very key piece of information and its implications should affect every aspect of your trading.

The implications of a randomly distributed trading edge

If you really think about what it means that your trading edge is ‘randomly distributed’, it will make you think differently about every trade you take, or at least it should. Sadly, when most traders enter a trade they expect it to be a winner, and while this is most likely a side-effect of our evolution and human nature, it doesn’t make it a useful quality, in fact it is something that inhibits your progress as a trader. If you understand that your trading edge is randomly distributed then you have no reason to expect any one trade to be a winner or a loser, rather you just expect an outcome; either a win or a loss. Now, that’s not to say that you can’t expect a certain outcome over a long series of trades, because you can, and if you are following your trading plan religiously you should expect to be a winner over the long-run. You just need to understand that you can’t get too hung up or attached to any one trade, because any one trade really doesn’t matter in the grand scheme of your trading results.

Instead of expecting to win on every trade you should simply expect that you don’t know what will happen, but if you execute your trading edge with discipline and patience, over-time you should be profitable. That is how a successful trader thinks; they think about trading as a profession that they can be profitable at over a series of trades IF they execute their edge consistently and with discipline. Most traders do not think like this though, rather they think like a gambler at the casino, trying to hit it big on EVERY trade, and as you can probably figure out, this is a recipe for disaster. So, you need to start thinking about every trade as just another execution of your edge, and if you have confidence in your edge and in your ability to trade it you should be profitable over time. However, do not think your trading success hinges on any one trade, because it most certainly does not, unless you force it to by risking too much per trade, which is of course another mistake that many traders make.

How this new way of thinking will improve your trading

Once you understand that any trade could win or lose and you understand that your trading success is defined over a series of trades, you will naturally start to remove the attachment and emotion you give to your trades. If you truly accept that your trading edge will give you a random distribution of winners and losers and you remember that fact on every trade you take, you will have a much easier time controlling your risk on every trade. It only makes logical sense; people who understand that their edge is randomly distributed also understand that they could lose on any trade; therefore they should never want to risk more than they are comfortable with losing on a trade.

When you don’t know that your trading edge will bring you a random distribution of winners and losers, or you ignore it, you will be MUCH more likely to risk more than you are comfortable with losing per trade, which obviously can have seriously negative ramifications on your trading account. You see, this identification and acceptance of not knowing which trade will win and which will lose is key to controlling your emotions as you trade and thus to improving your trading. Most traders simply ignore this reality of trading and instead they get wrapped up in thinking they are right on every trade and on trying to ‘avoid’ losing trades. Once you accept that you don’t need to be right on every trade to make money and that you absolutely cannot avoid losing trades, you will begin to see improvement in your trading. However, you have to not only accept these facts, but you also have to act on them. The way that you act on them is by always being consciously aware of them and trading in-line with their implications. Those implications being that you never know what’s going to happen in the markets with 100% certainty, all you know is that if you are disciplined and follow your edge consistently, over a period of time and trades you should come out profitable.

Post Contributed by Nial Fuller of [Learn To Trade The Market 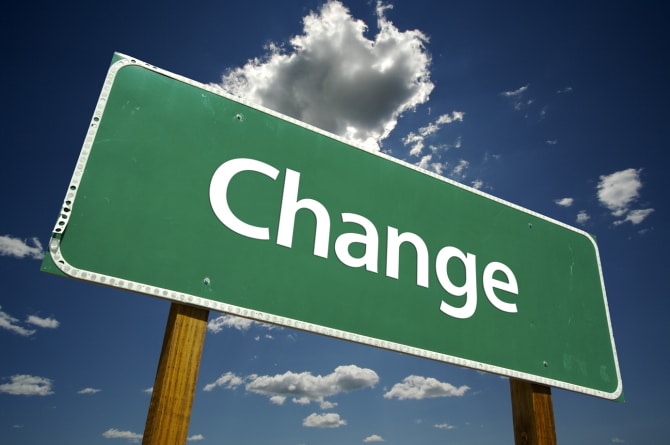 How to Catch the Ichimoku Trend

Why You Need To Change How You Think About Trading Improve Your Trading by Knowing this One Fact I get a lot of emails from traders asking me various trading-related questions. Upon reading these emails, probably about 95% of the time I can tell that the trader emailing me is not even aware of the real problem that's holding them back from making money in the markets. You see, the real problem that most people have with trading is that they simply think about it incorrectly. They come into the markets with dollar signs in their eyes and freedom fairies…