WTI crude oil prices finally broke down of its weekly trading range and nosedived to one-month lows, below the $39.00 mark during the early North American session.

The sharp intraday fall confirmed a near-term bearish break below a one-month-old ascending trend-channel and took along some short-term trading stops near the key $40.00 psychological mark. This, in turn, prompted some aggressive technical selling and was seen as a key factor behind the latest leg of a steep decline witnessed over the past hour or so.

Meanwhile, technical indicators on the daily chart have just started drifting into the bearish territory and support prospects for an extension of the ongoing downfall. However, oscillators on hourly charts are already flashing extremely oversold conditions and warrant some caution before placing fresh bearish bets, or positioning for further weakness.

Hence, it will be prudent to wait for some near-term consolidation or a modest rebound, which might still be used as a selling opportunity. Nevertheless, the commodity now seems vulnerable to slide further towards retesting sub-$37.00 level, or support near the $36.80 region. 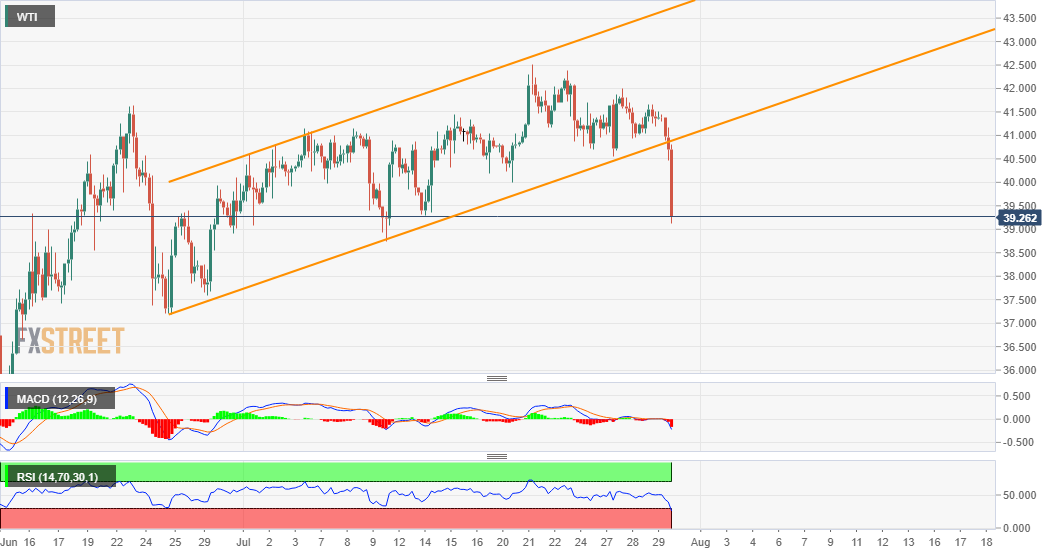 Get the 5 most predictable currency pairs
Previous ArticleGBP/USD climbs to fresh multi-month highs above 1.3050 on broad USD weakness
Next Article EUR/USD: Bullish levels to watch after devastating US data downs the dollar